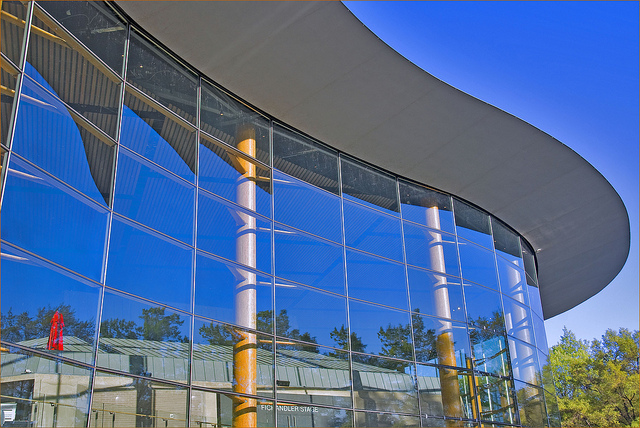 There is a dangerous magic about theatre-in-the-round—and a heightened sense of communal experience. At Arena Stage’s 2017 production of Lorraine Hansberry’s 1959 play A Raisin in the Sun, the actors are totally exposed on the square of stage that becomes the Younger household, surrounded on all four sides by the audience. And while it can be frustrating when unlucky blocking hides a crucial reaction or grief-stricken facial expression, it’s hard not to steal a peek at the captivated audience members leaning in as if to be bathed in the spit of a fiery monologue.

This unique staging lends this revival an in-your-face-ness that elevates Raisin’s urgency, even though the “dream deferred” is already more than salient in the midst of current conversations about race and privilege. After all, it is in 1950s Chicago that the Younger family impatiently awaits an insurance check for $10,000 made possible by the deceased Mr. Younger’s life insurance policy. What emerges is a timeless (and timely) play about family, dreams, and being black in America.

Directed by Tazewell Thompson, Raisin’s beginning is purposefully languid; in a familiar scene, the long-suffering Ruth Younger (Dawn Ursula) tidies the house and prepares breakfast as her family—including her young son Travis (the adorable Jeremiah Hasty)—reluctantly awaken. The rest of the Younger clan soon trickle in: Ruth’s dissatisfied husband, Walter Lee (Will Cobbs, with a voice to rival Paul Robeson’s), and Walter’s sister Beneatha (Joy Jones), bicker and complain in typical early morning fashion. Yet there’s a weightiness to their discontent. The house is too small, Beneatha’s tuition is too expensive, and Walter’s job as a chauffeur grates on him. They need to get out of this cramped South Side house fast or risk implosion.

Walter can be a difficult character to like. In Act I, he holds both his wife and sister in barely veiled contempt, lashing out at what he sees as the inherently obstructive nature of “colored women”. As Raisin progresses, however, Walter reveals his psychology through monologue and reaction; his misogynoir is detestable, but so is the crippling racism that leaves him feeling helpless as his house falls to ruins around him. Walter’s transformation from antihero to redeemer is the crux of the play’s emotional core and Cobbs delivers. In moments of poorly suppressed rage, his nostrils flare and his fists clench; in a moment of fragile hope, he lifts Travis onto the table and asks him poignantly, “What do you wanna be when you grow up?” Cobbs’ rousing soliloquies translate Walter’s flawed humanity: this is a man who is equal parts tender and loathsome, protective and selfish, proud and weak.

Though she plays a supporting character, Ursula’s portrayal of Ruth is hard to look away from in spite of Cobbs’ showier and more central performance. She suffers, but she is no one-dimensional martyr; Ursula allows bubbles of emotion to crack Ruth’s initial air of quiet dignity. She is tender with her son, cajoling him into a kiss and hug after she disciplines him and incredulous when Beneatha strolls in with her new natural hair. When Walter’s mother buys a new house with some of the insurance money—albeit in a white neighborhood—Ursula exudes a joy so unadulterated that my heart leapt right along with hers.

Raisin takes place in the 50s, but Beneatha—an aspiring doctor—bears a striking resemblance to a millennial. She is intent on self-expression, no matter what ridicule her experiments garner from her family, and is what we would probably characterize nowadays as “woke”. Her Nigerian suitor Asagai (a smooth-talking, beaming Bueka Uwemedimo) encourages her to explore her African roots, chiding her for being an “assimilationist”. Partly to prove him wrong but also on her own journey to self-knowledge, Beneatha dons Nigeria’s opulent fabrics and dances with wild conviction to the vinyl Asagai gifts her. The scene is Raisin at its most hilarious and unself-conscious (especially when a drunk Walter joins in on the fun), and it’s anchored by Jones’ commitment.

And then there’s Mama. Played by Lizan Mitchell with astonishing verve, Mama is the matriarch, moral compass, and the Younger family’s fiercest advocate. She folds Travis’ bedding despite Ruth’s scolding and flirts gleefully with Asagai. As Walter and Beneatha’s mother, Mitchell works deftly from both ends of the emotional spectrum, garnering many of the show’s big laughs and most breathtaking instances of anguish. Upon the discovery of a soul-crushing betrayal, Mitchell wails, small body visibly shaking, and reaches up the heavens, all while delivering her lines with such power that time seemed to stand still. All the actors in this Raisin are highly competent, but Mitchell stands alone (and makes it look so easy).

Hansberry’s play will always be relevant. If the chorus of murmured approval, gasps, and thunderous applause from the audience is anything to go by, to attend Arena Stage’s production is to be reminded of that fact. This Raisin, buoyed by brisk pacing and skillful performances, invites the audience in close and lets them bear witness to the trials and triumphs of the Younger family in all their humanity.

More: A Raisin in the Sun, Arena Stage 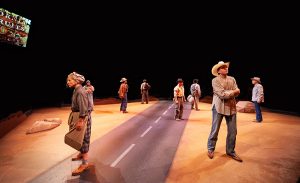 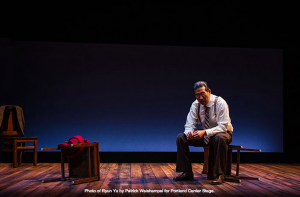