The American DJ/producer duo The Chainsmokers will perform at Merriweather Post Pavilion on Friday, May 26 to promote their debut album Memories…Do Not Open. The Chainsmokers are known for their electronic pop hits including “Closer,” “Something Just Like This,” and “Don’t Let Me Down.” The Chainsmokers have come a long way since the release of “#SELFIE” in 2013, as they have progressed from amateurs trying to make their mark in EDM music to one of the most well-known pop duos in recent memory.

Memories is a sharp turn away from their “#SELFIE” days, as well as a departure from the sound of their more recent hits like “Closer.” The album reflects a deeper emotionality that can be found in songs like “The One,” a ballad from the point of view of a member of a failing relationship. A particularly realistic lyric suggests, “…we can play pretend like we haven’t reached the end yet.” Emotional lyrics in “The One” also reflect the new style of The Chainsmokers through a newfound, welcome dose of authenticity.

Memories still features its share of dance hits, like “Paris,” which most closely resembles “Closer” and The Chainsmokers’ earlier hits with its repetitive lyrics and EDM sound. The album has met some criticism for overly emotional lyrics, but “Paris,” “The One,” and “Young” represent The Chainsmokers’ ability to mix their distinctive electronic sound with a new, more lyrical and reflective style.

The Chainsmokers will perform at Merriweather Post Pavilion on May 26. 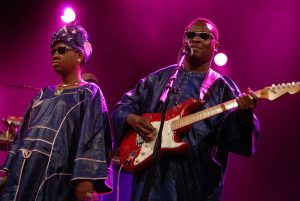