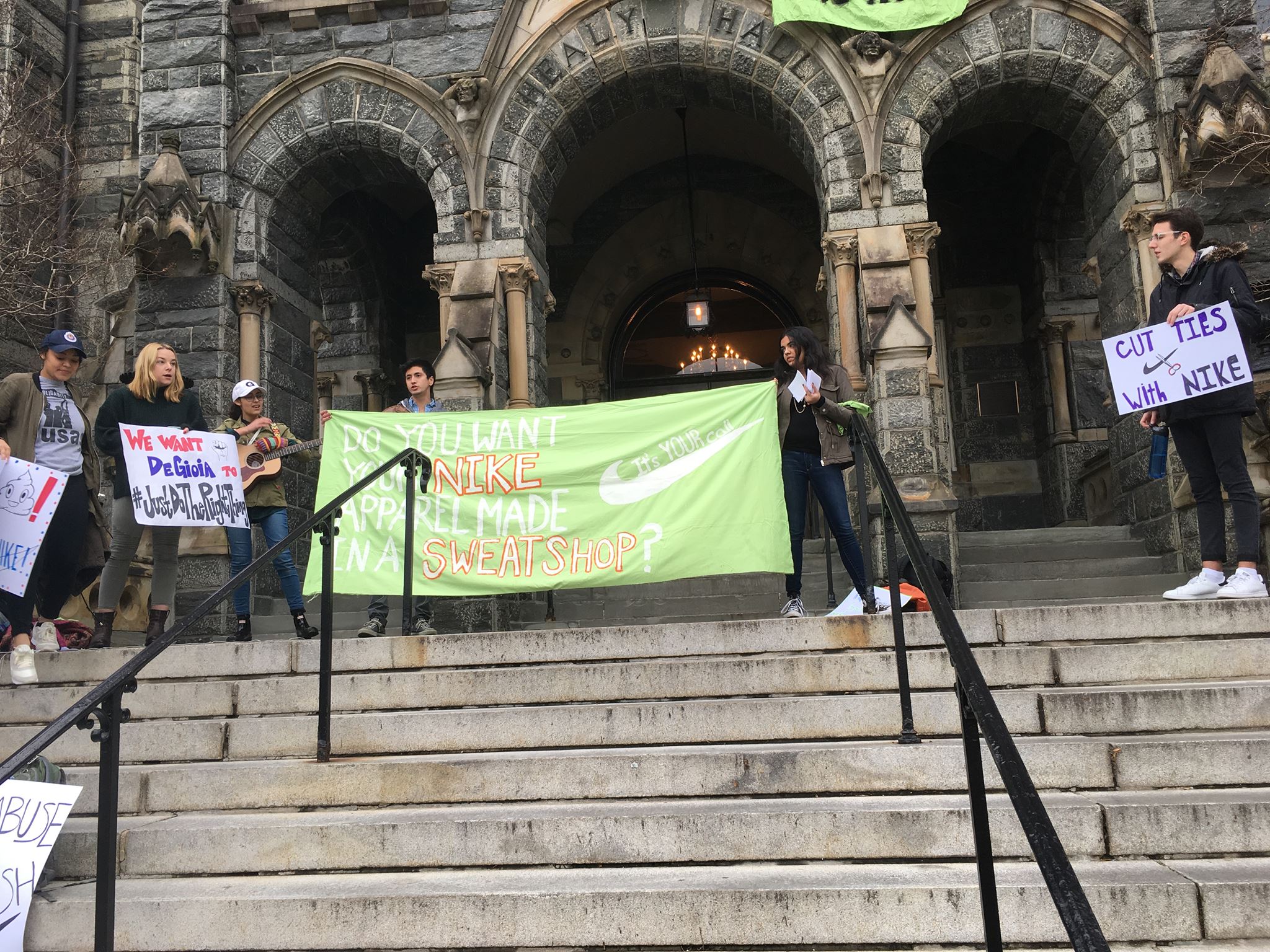 Georgetown University announced on Wednesday that it has signed a new licensing agreement with Nike, Inc., and has facilitated a protocol between the Worker Rights Consortium (WRC) and Nike, which allows for independent WRC access to factories which produce collegiate apparel.

In doing so, the university has upheld the agreement it reached with student protesters in December, 2016, in response to the protesters’ sit-in in university President John DeGioia’s office. The university then promised not to renew its licensing agreement with Nike without ensuring independent WRC access to its factories. The Georgetown Solidarity Committee (GSC), which organized the sit-in, has called the protocol “a monumental achievement for Georgetown and for student activists.” This editorial board finds the protocol a commendable step in favor of workers’ rights. The decision also represents a victory for the student activists who brought it about.

This new protocol represents the latest in an ongoing effort on the part of the university to define its relationship with the Nike. The brand has historic ties to the university: John Thompson, Jr., the former men’s basketball coach whose success in the 1980’s played an important part in developing Georgetown’s brand, sits on Nike’s Board of Directors.

This relationship has often been the focal point of student activism on campus. In November, 2015, students athletes taped over Nike logos on their shoes in response to a report on labor conditions in Nike factories. The report detailed the poor working conditions, low pay, and abuse that workers faced.

The sit-in in DeGioia’s office was similarly in response to abuse of workers in Nike’s Hansae factory in Vietnam. The sit-in was the culmination of a larger GSC campaign that began in October 2015 when workers in the Hansae factory went on strike and Nike denied the WRC independent access to its factories. The overnight sit-in ended with the university’s agreement to hold a meeting between DeGioia, representatives from the protesters, and the university’s Licensing Oversight Committee to discuss relations with Nike going forward.

The inclusion of a protocol for independent WRC access to Nike factories in Georgetown’s contract with Nike is an unmistakeable step forward, and GSC is right to view it as a success. The lives of workers in Hansae will be tangibly better with a procedure to monitor working conditions and prevent workers’ rights abuses, and the WRC protocol will be an effective measure to ensure that Nike follows through with its promises.

However, the protocol is only the first step. Nike voluntarily allowed the WRC independent access to its factories before October 2015, so this decision effectively amounts to a return to the previous status quo. Nike cannot deny independent access now without violating its contract with Georgetown, but as long as Georgetown partners with parties that have an interest in skirting labor laws and the licensee code of conduct, students cannot be complacent. The protocol also only addresses Georgetown’s agreement with Nike regarding apparel sold through the bookstore and other retail locations, and not the agreement through which Nike is the exclusive apparel provider for Georgetown’s athletic teams.

The university has additionally displayed a troubling stance towards student activism in the wake of the December sit-in. Students who participated were placed on disciplinary probation, and GSC has been placed into Restoration, meaning that it must request its budget on an ad hoc basis rather than receiving a budget from the Student Activities Commission. This editorial board has written before that although the students were in violation of the Code of Student Conduct, the punishment they face does not appropriately consider the goals of their protest. More broadly, the university’s response is cause for concern of a chilling effect on all campus activism.

Nevertheless, despite its shortcomings, this protocol demonstrates the impact and potential for success of campus activism. Students mounted an extended campaign during the height of finals season to demand change in an area they felt passionately about, and succeeded. Although there will always be more to be done regarding workers’ rights, this development should put to rest doubts of what student activism can achieve. 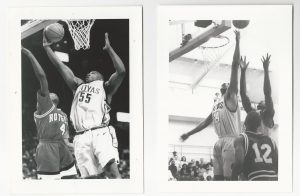 By Caitlyn Cobb and Santul Nerkar