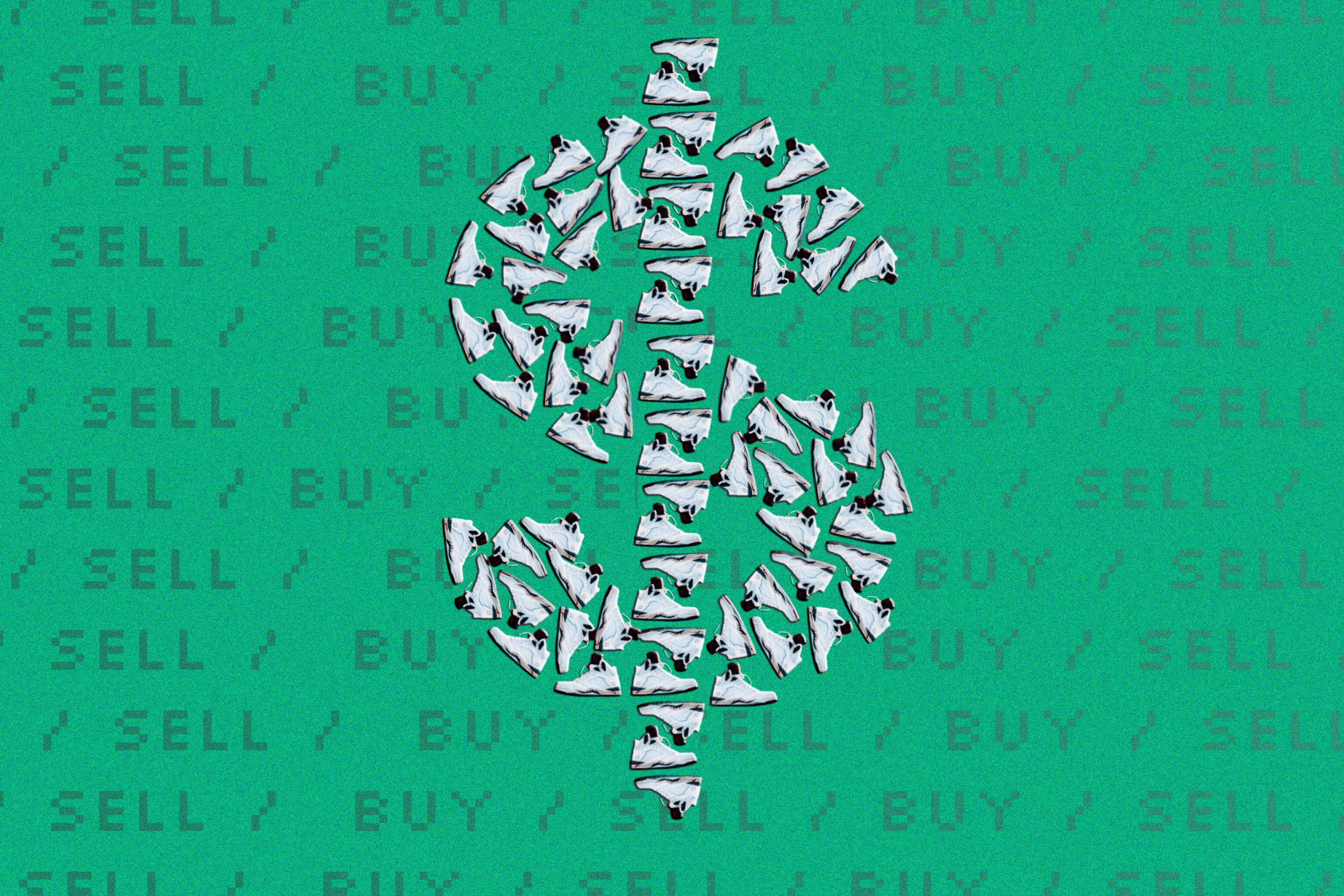 A few weeks ago, as my partner’s birthday was coming up, I had 26 tabs open. All of them were from a site called GOAT—Greatest of All Time. I had Adidas, New Balance, and about 24 Nikes pulled up. Most were all white, but I had a few purple and blue options—just in case—but if I was going to get her hooked on sneakers, it had to be an easy start. After more than an hour of filtering between tabs, I settled on an all-white pair of Air Max 97s.

Although I had no intention of reselling her birthday present, I used to buy and sell sneakers—“flipping” them for a profit—frequently. It was an exciting challenge that required fairly minimal investment but could lead to good returns and coveted sneakers. And I’m certainly not the only one. Since Nike’s launch of their iconic Air Jordan 1 in 1985, “sneaker flipping” has been hugely profitable, likely becoming a $6B industry by 2025. The idea is the same as in other industries: Buy low, sell high.

Through the creation of eBay in the mid 1990’s, sneaker flipping flourished and the market for sneakers on eBay grew to $388 million by 2014. It may come as no surprise that market competitors appeared not long after: GOAT and StockX launched as online sneaker trading platforms during a mid-2000s sneaker boom. The apps are known for their process of receiving sold sneakers from the seller and authenticating them before shipping them on to the buyer, eliminating the problem of fakes that was common with eBay purchases.

Since the introduction of apps like GOAT and StockX, people have gone to great lengths to secure the latest sneaker drops before others, giving them an edge on the most popular shoes they will later resell. New computer programs like Cybersole, Kodai, and GaneshBot have been created to undermine the drop system. In essence, you pay for these platforms—or “bots”—and use them to secure multiple shoe-buying proxies, which increases your probability of getting sneakers that everyone wants when they’re released online. In other words, sneaker flipping is the art of buying popular shoes before others and selling for a higher price.

And thousands of young people—many of them students interested in a side-hustle—have gotten involved. It’s a growing phenomenon that boomed with the Internet and social media platforms, after Instagram users pioneered a new business model for selling sneakers online.  While sneaker flipping seems like a harmless side project, it in fact enables the use of technology to exploit a slow-moving system. And it has built an enormous community of sneakerheads.

And community is what many people, many sneakerheads, are seeking. The resale market has created a whole generation of entrepreneurs and enthusiasts as the sneaker world has been opened up to the masses. From 11-year-olds selling online in their basements to 60-year-olds collecting Air Jordans to the nod you get when someone recognizes the pair you’re wearing as covetable, there is a solidarity and sense of respect among those who are interested in sneakers. But it’s not all about community.

In March, Bloomberg published an exposé on sneaker reseller Joe Hebert—the son of Ann Hebert, a Nike executive who’s been with the company for 25 years—for racking up more than $100,000 on his mother’s American Express card for his lucrative flipping business, in turn violating Nike policy. Upon the Bloomberg article going live, Hebert immediately stepped down.

The Hebert scandal happened to come on the back of allegations that Michael Jordan’s son, Marcus Jordan, was “backdooring”—selling sneakers before they’re released for a premium—an Air Jordan 1 release that was a collaboration between his store and Nike. Supposedly, his store sold thousands of the shoes before the release date for $1,000 and they showed up all over social media. The retail price was $190, although sites like GOAT show resell prices of well over $1,000. Other shoes have reached prices of $20,000 and beyond—prices that few people can pay for a single pair of sneakers.

And this price gouging continues to worsen with advances in technology. The profits that come with buying in bulk have risen to the forefront of the discussion, which creates a problem for the overall idea of sneaker flipping. What should be a small-scale process built around guessing which sneakers will be hot, buying them as low as possible by sitting in line or buying them online, and trying to resell them for a profit has been contorted into a money-making empire for the few.

The previously democratic process where you grabbed a lawn chair and sat in front of the store for hours on end has been replaced by refreshing your browser every five seconds after a drop while your friends do the same. For those not using bots, it feels like those employing bots are cutting the lawn chair line—and it seems like that’s happening more and more with the growing popularity of buying in bulk.

The two Nike-related scandals in 2021—attributable to men with means—have something in common: Privilege. Platforms like Cybersole and their price tags of up to $3,000 create inequality, access issues, and higher barriers to entry. You can’t just sit outside the store for hours in a lawn chair anymore; you have to compete with Hebert and his friends who are all hooked up to a single credit card waiting for the drop in the middle of the night. Buying popular sneakers on their release date for retail price is growing harder and harder—and companies like Nike and GOAT are profiting all the while.

There are also other issues plaguing the sneaker flipping business: In 2019, men still accounted for 93% as sneakers are often considered a representation of masculinity and athleticism. Others have noted that sneaker culture has long profited from Black consumers and cultural capital—without paying its dividends. While there are good reasons for undercutting corporations and making a buck off the system, there is a lot of work to be done around equity and access. But people are ready for change.

The first Sneaker Census—a demographic survey about sneakerheads—was created by an Black-led company to drive representation among sneakerheads and campaigns dedicated to reaching underrepresented groups in the sneaker community. While there are calls for more diversity in the industry, little of this attention seems focused on the platforms and their connection to equality and access.

For Georgetown students joining digital communities, it’s a good reminder that these platforms are not created with a moral compass. They are simply created. The moral values that come from their use—and misuse—will be an ongoing conversation. And while there are good reasons to exploit a corrupt system, young people with a burning desire for their next pair of Air Jordan’s and 56 GOAT tabs are being shut out of the sneaker craze by, among other things, a lack of empathy in the tech industry and a hyperfixation on profit over community.

Leaving engineers and executives to fix the issue of platform inequality isn’t the answer. Human moderators, facial recognition, and artificial intelligence are all proposed solutions for making platforms safer, more equal, and more accessible but these will only be viable when the goal of the community remains clear. Recognizing there is more to community than profits is a good place to start. Whatever you’re into—sneakers or otherwise—it’s on the community to push for change through community building, increasing representation, equal opportunity, and finding clarity on the goal of your community. 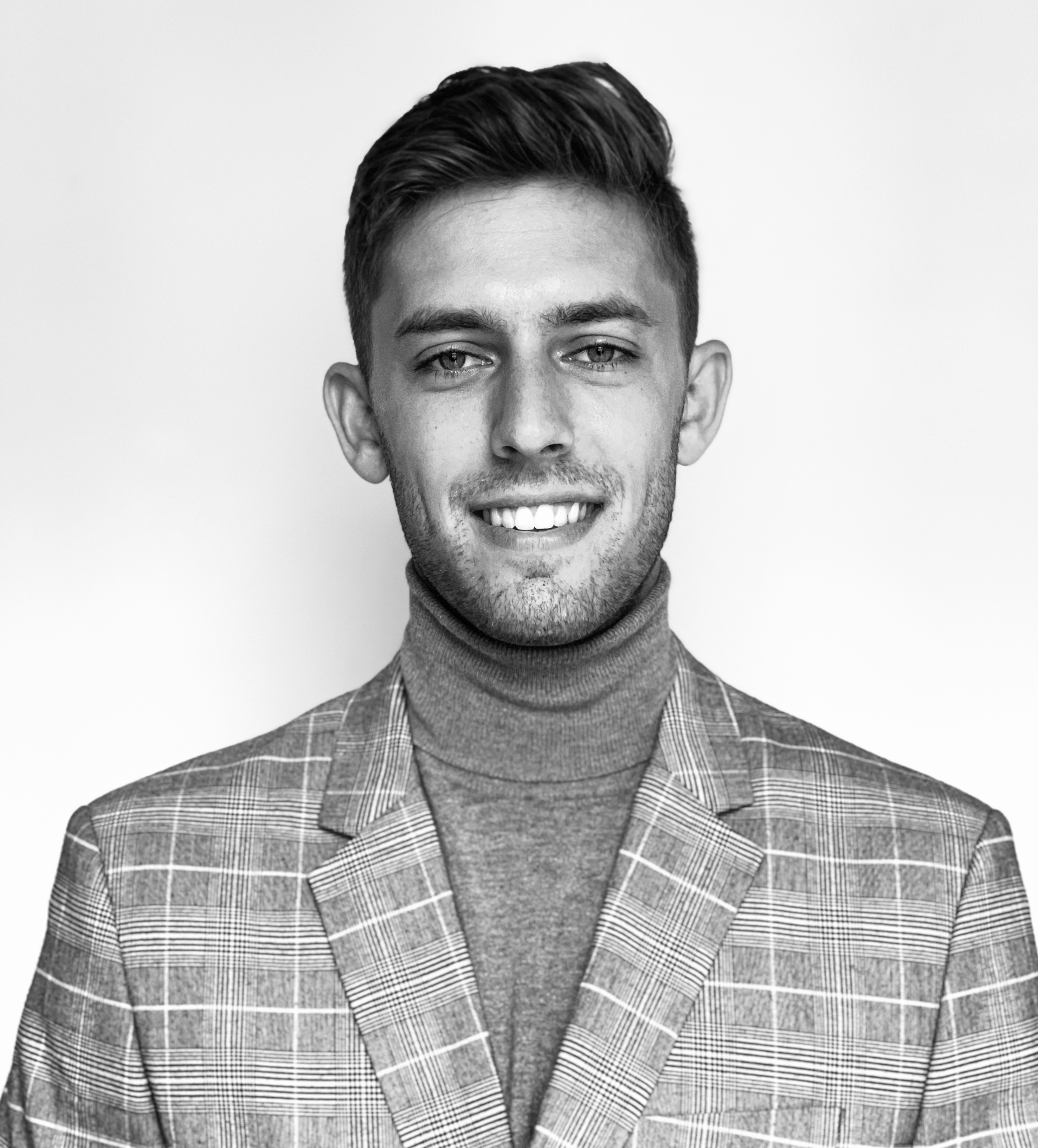 Georgetown, train your professors to be anti-racist and hold them accountable when they fail BIPOC students.