Björk’s latest album, Utopia, released on Nov. 23, is one of the longest she has produced so far, comprised of fourteen tracks, one of them, “Body Memory,” lasting almost ten minutes.

The album is a painfully monotonous one hour and eleven minute blend of orchestral flutes and soft electronics, but its one redeeming quality is that it is truly unlike anything most people have heard before. Björk’s music is light and airy, effectively creating a dreamy atmosphere one would associate with utopia. She incorporates bird songs in many of the tracks,  adding to their dreamlike effect and making it easy for the listeners to imagine themselves in a mystical forest scene. However, the lack of stylistic variation within and between most of the songs makes for an overall droning— and for the listener, draining— album.

Though there is no question that Björk is a skilled singer with impressive range, her vocals are an overall quiet, whining cry in this album. She is not singing off-key, but there does not seem to be a distinguishable tune in most of the songs, and Björk’s voice simply continues on over the music in a talk-singing kind of way. The lack of chorus in the songs highlights this quality of random whininess.

The titular track, “Utopia,” best showcases Björk’s technique of mixing  orchestral flutes with recordings of birdsongs. It is also one of the few songs on the album that escapes from monotony. The joyful and dynamic chirping of birds takes precedence over the flute sounds, which  flit up and down in a pleasant rhythm. Björk’s vocals are softer and more muted here, successfully acting as a pleasant backing track to the birdsong.

Another song that stands out is “Losss,” which is intentionally misspelled. The orchestral sounds, here both the flute and the harp, provide a base for an interesting blend of static sounds. The result is a track that seems to be breaking apart as we listen to it, which echoes the lyrics that speak of the pain of lost love.

Bjork’s newest album may find avid fans among the admirers of experimental music; however, it likely will not appeal to the casual listener. One cannot deny Bjork’s originality as a creator, which Utopia truly showcases. Nevertheless, her experimental liberties make listening to her album a grueling experience. 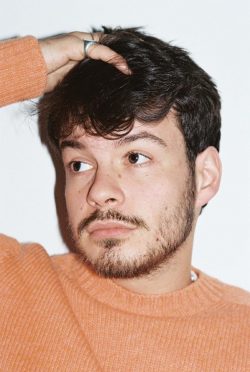