I scooped up the honey-glazed bananas soaked in melted ice cream, dripping onto the strawberries left in the bowl. I took a bite, expecting the ice cream to be coconut milk flavored. Instead, I tasted velvety vanilla. Putting down the spoon, I questioned why my high school dining hall named what was unmistakably a banana split “Thai sauté bananas.”

These “Thai sauté bananas” were nothing close to either of the dishes I imagined. In fact, they did not even deserve to be called Thai. The honey-coated bananas thinly resembled kluay tak, but ice cream and strawberries are definitely not part of a tropical Southeast Asian dessert. Adding an ethnic word to the menu cannot magically transform a Western banana into a Thai kluay.

I disappointedly chewed on the bananas, wondering whether they felt guilty that they did not taste Thai as their name indicated.

Like the dessert, I am also labelled with a misfit ethnic word. Born within United States borders to Thai parents, I am a citizen of both countries; my Thai citizenship is Jus Sanguinis, the right of blood, while my U.S. citizenship is Jus Soli, the right of land. Having finished their doctoral degrees, my parents returned to Thailand when I was a three-month-old infant.

Even though I had no memory of the United States, I romanticized it. While in Thailand, first-grade me doodled stars on the blue stripe of a paper Thai flag. When I failed to get an exceptional score on my English exams, I wept, ashamed that my imperfect English invalidated my Americanness. My childhood dream was to return to my birth land, so I applied for a competitive study abroad scholarship from the Thai government.

At Georgetown, despite the 18 years I spent in Thailand, I am not considered an international student. Still, I constantly feel my foreignness. The people at Leo’s always frown at my GoCard, trying to figure out how to pronounce my name. When I joined the Asian-American Student Association, I did not feel that I was part of the Asian-Americans. My coworker frowned at my American passport, and when I voiced my opinion on American politics, someone remarked: “But you’re not American.”

In fact, I am a non-resident American. While I was born in Illinois, I do not say I come from Illinois. I do not even have a state ID. I do not have a place I call home in the United States.

Except for the fact that I hold an American passport, nothing about me is American. Yet, because of that blue book, I feel obligated to be American.

How so? Because with that American passport comes the rights that American citizens possess, and with those rights come responsibilities. For example, I was able to vote in the 2016 presidential election. I am responsible for America’s future, so I want to be acknowledged as American. However, I am also responsible for Thailand’s future, as my scholarship requires me to return to Thailand. Dual citizenship has complicated my identity.

Humans learn, rather than inherit, their national identities. I am Thai—not because I am genetically Thai, but because I was raised in Thai culture. Therefore, for me to be American, I would have to consciously learn about American culture.

Nationality used to be quite simple: You were a citizen of the nation in which your ancestors lived. With globalization and immigration, it is no longer simple. There are complicated cases, like mine, where nationality cannot be stated without some extra explanation.

It does not matter which national or ethnic label fits me better, Thai or American.  What matters is how the two cultures will shape me into who I am.

My 18 years in Thailand have been the main ingredient of my identity. But my upcoming years studying at Georgetown will sprinkle Americanness into the recipe. I will become an amalgam of the two cultures, like the “Thai sauté bananas” in my high school dining hall. Their flavor was neither Thai nor American, but they tasted unique. 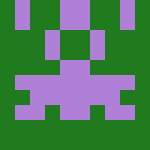