From the top: the unfinished story of graduate student unionization at Georgetown 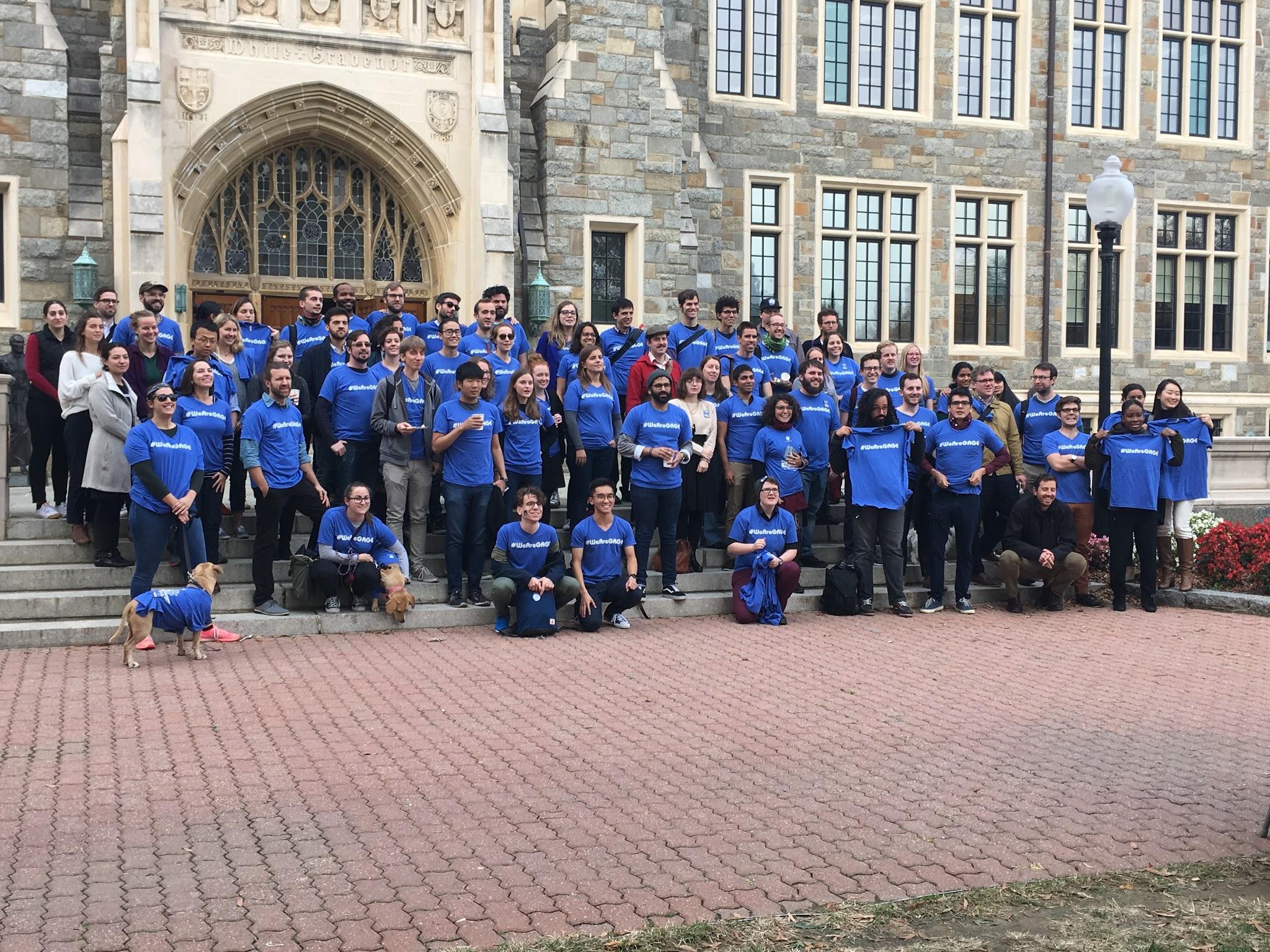 Last week, graduate student assistants at Georgetown came one step closer to having a recognized union. The Voice decided to take a look back at the last two years of graduate student organizing. Click on the date to see our in depth coverage of these events.

March 2016: The university increases work hour expectations for Ph.D. candidates from 15 to 20 hours per week, without a proportional rise in pay, and revokes the ability to take a separate part-time job with the school.

March 29, 2016: The Doctoral Students Coalition (DSC), made up of Georgetown Ph.D. candidates, begins circulating a petition asking that Norberto Grzywacz, dean of the Graduate School of Arts and Sciences, postpone and reconsider the policy change. Doctoral students say they were not properly consulted about or informed of the change.

April 18, 2016: The DSC petition reaches 257 signatures, 75 percent of which are from Ph.D. candidates. Dean Grzywacz decides to postpone the changes until the 2016-2017 academic year. He asserts that graduate students are students first and employees second. 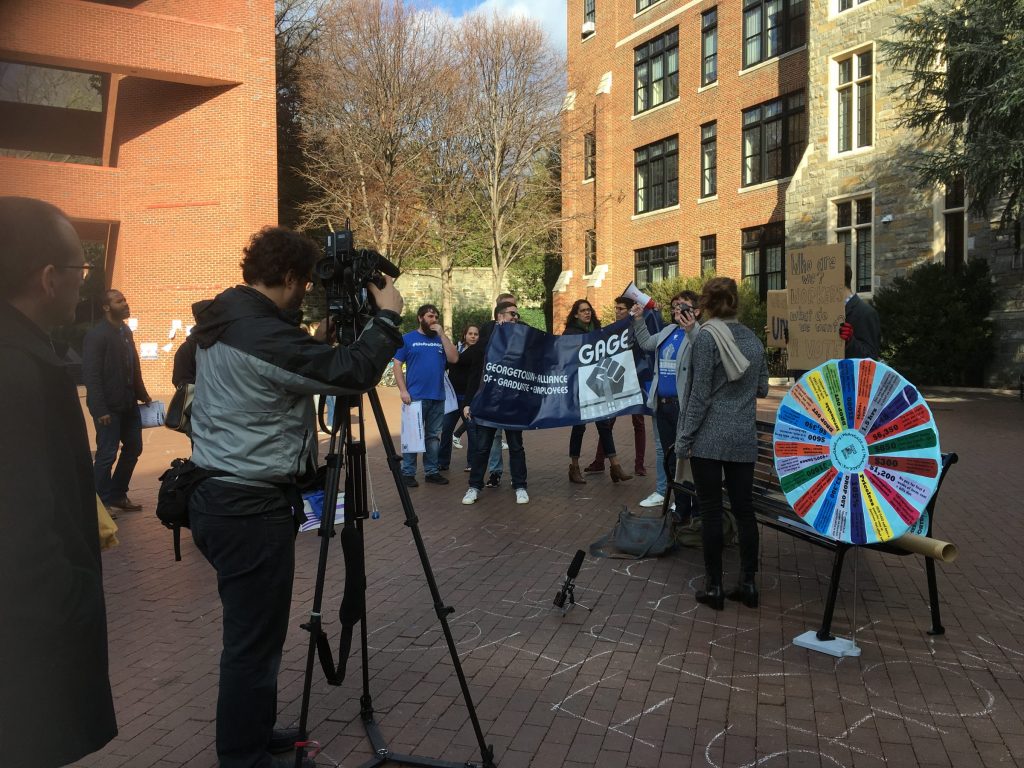 September 2, 2016: The DSC announces that they are investigating the level of student assistant interest in unionization. Over the summer, their working group on unionization discusses the prospect of organizing.

November 2, 2016: The DSC holds a town hall to discuss unionization. They present the finding of their working group, which read union contracts of similar students, became familiarized with the university’s Just Employment Policy, and spoke with different union representatives over the summer. DSC member Ben Feldman notes that they haven’t found a case of an affiliation that didn’t result in a pay increase or cost of living adjustment.

January 26, 2017: Ph. D. candidate Hailey Huget announces the formation of the Georgetown Association of Graduate Employees (GAGE) in an opinion piece for the Voice. A DSC-conducted survey shows that 80 percent of 160 graduate student respondents are in favor of forming a union. Members of the DSC form GAGE with the mission to campaign for a graduate student assistant union.

November 1, 2017: GAGE delivers a letter to President DeGioia declaring their intention to unionize and requests that the university voluntarily recognize GAGE as a collective bargaining unit. Members claim that over 50 percent of graduate students assistants have indicated their support for the new union. Unions are typically recognized after they demonstrate support through an election held by the NLRB, after which the employer is legally required to bargain. But an employer can also choose to recognize a union voluntarily, as GAGE asked Georgetown to do. 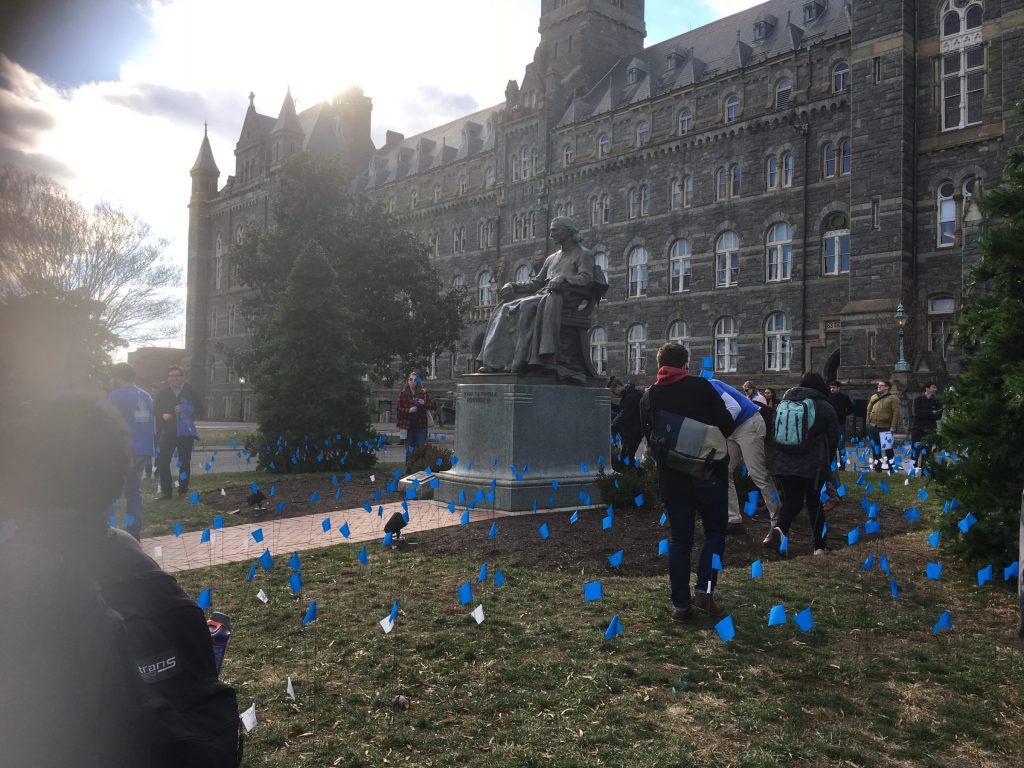 GAGE members plant a flag for every grad student they say is an employee of Georgetown outside Healy Hall.

December 4, 2017: The university declines to voluntarily recognize GAGE as a union. Provost Robert Groves and Edward B. Healton, executive vice president for health science, outline in a letter the administration’s position that graduate students are students and not workers. They express doubt that a union with a large annual change in membership could be a stable bargaining unit.

Late December 2017: GAGE proposes to the university an election administered by a neutral third party, instead of the NLRB. This would avoid the possibility that the university could challenge the results of the election in court and potentially reverse the NLRB’s 2016 decision giving student assistants the right to organize.

Jan 9, 2018: Provost Groves announces in an email to students that the university is considering GAGE’s proposal for a third party arbitrator. He notes that the administration is searching for a framework that recognizes graduate students’ relationship with the university is fundamentally educational, while also responding to the desire from graduate students to have a louder voice at the institution.

Feb 1, 2018: The university and GAGE enter discussions with the goal of agreeing to a union election conducted by a third party. The administration commits to respect the results of the election, even if the NLRB reverses its decision. 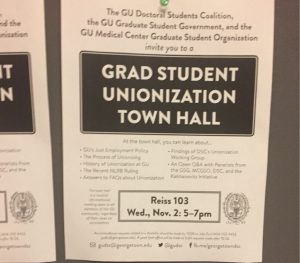