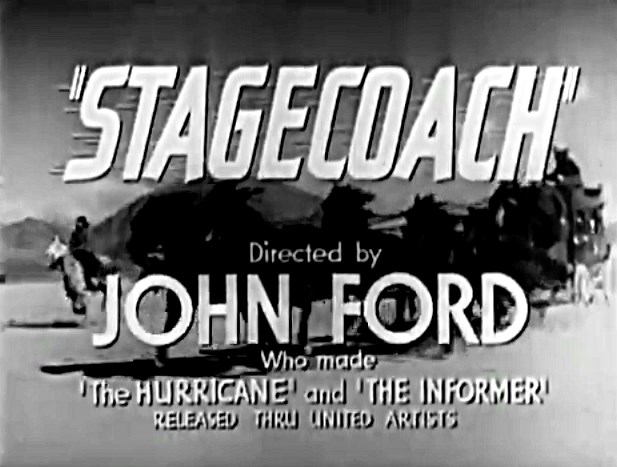 To pinpoint the moment at which the American 18th century western frontier began to be mythologized is impossible. Early explorers including Lewis and Clark, sent West by Thomas Jefferson to explore the newly acquired western territory, provided descriptions of the West that tempted American readers. Their notes, which detailed their occasional adventures and the nature and grandeur of the Western landscape, inspired an interest in the area. From this interest the Western film genre was born, marked by common themes like honor, justice, and rugged individualism.

Western movies were and are made for the purpose of escaping to a time in which not all was yet formed. Viewers go to the edge of civilized America in the 19th century and look westward, toward seemingly empty and endless land. Though the blank slate was a facade, as historians and time have revealed the fight put up by Native Americans as their land was invaded, it nonetheless offered promises of personal and financial opportunity. The myth went something like this: here, a man can establish himself despite his past, so long as his moral fabric is of traditional values. In comes the wholesome cowboy character.

John Ford refused to direct Stagecoach (1939) with anyone in the lead role other than the up and coming John Wayne. Wayne’s performance launched him to stardom and into the pages of many a film history textbook. His character, the Ringo Kid, defined the characteristics of the lawless, well-intending cowboy character that went on to star in countless American and international films. This character, in varied forms, lives on in modern cinema. Further, Stagecoach established archetypal characters, plot points, and themes that became prevalent in later westerns which helped to shape popular historical memory of the West.

Beyond its immeasurable significance within the context of film history and historical memory, Stagecoach is a great film. Cinematically ambitious, well-written, and well-cast, it’s hard not to enjoy every moment. The basic premise is an unlikely group of characters on a doomed stagecoach ride across a dangerous western land dominated by a tribe of vicious Apaches. There’s a dopey driver, a damsel, a gentleman, a banker, a sheriff, a drunkard, a pious family man, and the two leading characters, Dallas, a prostitute played by Claire Trevor, and the Ringo Kid. As the motley crew makes their cautious way to their destination, the fear of danger and the strain of the journey slowly break off the binding rules of the society they’ve left behind. By the film’s end, The Ringo Kid, Dallas, and Doc Boone, the drunken doctor played by Thomas Mitchell, all prove their worth. The highbrows learn that the people, complex as they are, could never fit perfectly into the damning labels assigned to them.

Stagecoach shamelessly ends happily. John Ford set out to prove the American West as a place of reinvention and escaping societal bounds, and that’s exactly what the film accomplishes. Though it is predictable, each character brings his or her own flavor, making for many interesting, confined scenes within the stage. Ringo’s simple directness and solid moral code make him irresistibly likeable. Additionally, though Ford has oft been criticized for presenting Native Americans in a negative light, their representation in this film is complex compared to his other films. The stunts that they achieved for the benefit of dynamic scenes and spectacle demand to be remembered in their boldness. All in all, Stagecoach is certainly worth the watch; if not for its cinematography and story, then for its significance in American history.