Trailer Takes: The Other Side of the Wind, First Man, and Slice 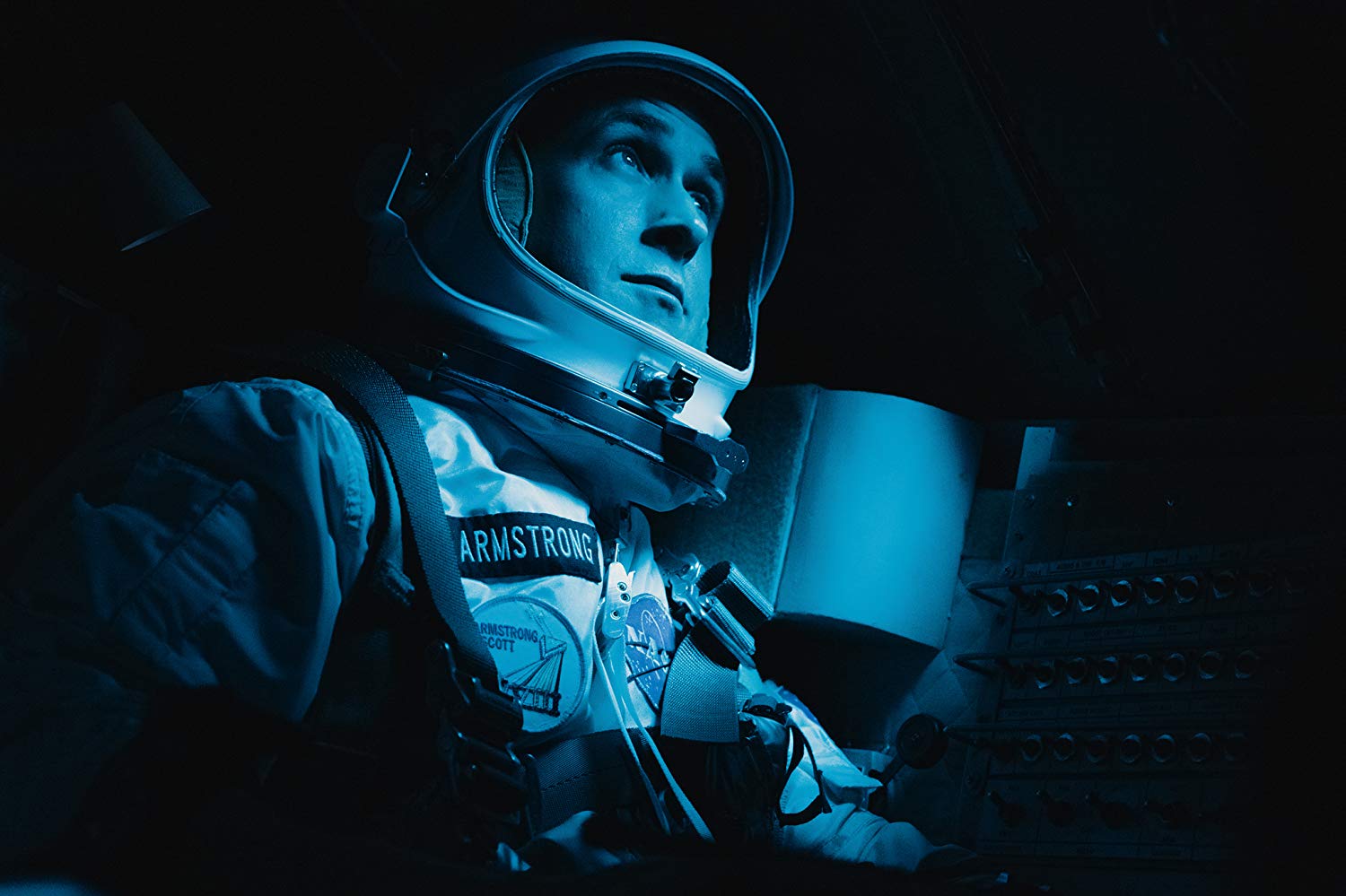 The Other Side of the Wind — https://www.youtube.com/watch?v=nMWHBUTHmf0

Brynne:  The chaos of this trailer seems to reflect the erratic career of J.J. Hannaford (Jake Huston), a fictitious film director likely in some ways molded in the image of Orson Welles himself. Welles’ complicated life and career are sadly often forgotten beyond the confines of film courses and societies. Hopefully, the release of this film, 40 years in the making, will redraw attention to him and his visionary auteur style. While his classic Citizen Kane reflects both the emptiness of the mega-socialite Kane and of Welles himself, this film looks like it will focus more specifically on Welles’ creative process, through the surrogate Hannaford. I’m looking forward to watching this film, sure to speak to Welles’ anti-studio style.

Juliana: Between the black-and-white to color transitions and the random imagery, I can’t really understand what’s going on with this one. The plot seems to follow J. J. Hannaford, a controversial movie director working on a movie. However, that barely explains how half of the scenes that are shown fit into the narrative. A quick Google search clarified that the “cinematic event” is that this is actually Orson Welles’ (who passed away in 1985) final film, with principal photography being shot in the 1970’s. Since it will be available for Netflix streaming soon, I’ll probably end up watching it mostly out of curiosity, but not necessarily because of its story.

Brynn: This could be a captivating film with gripping commentary—if viewers are able to understand it at all.  While Welles’ aficionados are sure to welcome this with open arms, I don’t know that it will take hold within the general public—which is, likely, the point anyway. While the flashing imagery is provocative and exciting, the trailer itself does a poor job of communicating any sort of plot, making me question how effective the film will be in telling a meaningful story. As much as I want to act like I have great taste in film and understand great works of art, I am unconvinced that I will be able to appreciate this movie the way it is meant to be appreciated. If this is going to be a slideshow of strange and delightful pictures, I think I’ll pass.

Brynne: I’ll be interested in seeing this film, though I’m not sure if the rest of America’s film-going populace is ready to forgive Damien Chazelle for the great sin of directing La La Land in the same year that Moonlight hit theaters. Nonetheless, this trailer is compelling. Claire Foy is sure to impress with her notable depth and stoic reserve, and Ryan Gosling, having shirked his skinny tie and dancing shoes for a bulky space suit, certainly looks the part. If the trailer is to be believed, this film will be equally the story of a family as it will be the story of America’s first man on the moon, and I think that dimension will make it attractive to parents, very possibly widening the film’s audience and ripening it as a solid Best Picture contender.

Juliana: The world can only go so long before yet another space movie, and First Man (2018) seems to be the space movie of the year. A lot of the scenes – like simulations on Earth and fear of dying in space – reminded me of Apollo 13 (1995). But Apollo 13 was a great movie, so I’m not complaining. The film seems to do a good job of building up the drama and the conflicts surrounding the Apollo 11 mission, looking particularly at Neil Armstrong’s (Ryan Gosling) life. My only complaint is that History is the biggest spoiler with this one, and much of the fear of whether or not Armstrong will survive will fall a bit flat to me. However, I do see myself eventually watching it, probably during next year’s Oscar season when it inevitably gets a nomination.

Brynn: Even the trailer gave me chills and brought me almost to tears. If I didn’t know how this would end from my many American History classes over the years, I would be dying to see this movie right now, just based on the suspense built up in the trailer. I am such a sucker for movies like this where the two major converging plotlines are about an impossible journey and love for family. Something about stories that revolve around the mystery of outer-space is so exciting to me, and, let’s be honest, that, paired with a basic human desire to look at Ryan Gosling, is enough to get me into theaters to see this film.

Brynne: Yikes. I was on the hook of this trailer until it unveiled those awful special effects. I wish low budget films would realize that silly horror can be silly horror without bad effects. For people like me, who can’t look at neon green vapor superimposed on an image without being completely turned off to the intended effect, even while aware that the movie isn’t meant to be taken all that seriously, bad effects are vibe killers. That being said, the few bits of funny dialogue in this short clip seem promising, and despite the fact that little money was spent on making the effects realistic, it looks like this film will be highly stylized, and depending on the strength of that style, it may just be salvageable. Someone keep me updated, I won’t be seeing it.

Juliana: Let’s be real: this is an A24 movie with Zazie Beetz and Joe Keery, so there is absolutely no way that I’m not going to love it. I’m not really sure how the werewolf and the ghost fit into the story (it felt like the biggest threat was, you know, the literal gateway to hell), but I’m sure I’ll have fun figuring that out. The special effects are cheesy and the outfits are completely over the top, but they do seem to be helping more than harming the film’s comedic tone. This film seems to be the safe bet in Halloween movie for people who have a low tolerance to horror,  like me, and I’m here for it.

Brynn: I had a series of reactions while watching this. My first instinct, as a horror fiend, was that I would obviously be seeing this movie in theaters. Yet, the second the story devolved into “The pizza place is a gateway to Hell” territory, I lost interest completely. It’s not even that it’s a cliché plot, it’s just boring. After that, the trailer reminded me of the Disney Channel Original Halloween movies that run on October nights. I even hesitate to make that comparison because I think that Halloweentown and Twitches are miles above Slice. The one redeeming factor of this movie is Hannibal Buress, but he isn’t even listed as an official cast member, so he may just have a brief appearance. Honestly, I wouldn’t even watch this film if it was playing for free in my apartment.

More: Claire Foy, First Man, Ryan Gosling, Slice, The Other Side of the Wind, trailer takes