Welcome to The Meme Files! Halftime staffers will be picking a meme to cover and will go into its background, appeal, and impact. This week I’ll be doing a current meme, but we’ll definitely pay some love to the classics sometime in the future.

This inaugural meme file will be on, well…I’m not really sure whether I can put a name to it. It’s an amazing example of the recent rise in absurdism in our humor and expression.  The picture’s been making the rounds on the interwebs recently, and it’s likely you’ve seen it— or at least some variation of it.

me staring at the person I handed my ID to so they know it’s really me pic.twitter.com/GVgWh9uywr

Since there is absolutely nothing Twitter won’t distort or desecrate when given the chance, photoshops of Cyrus’s face started cropping up. They even began overtaking the original image in popularity and notoriety.

I SAID are we gonna party in the USA pic.twitter.com/KoUMt8Xx8p

(This one’s probably my favorite, and every time I look at it I never fail to chuckle.)

7 year old me moving the automatic doors with my mind at target pic.twitter.com/32Zl4tsRVj

While this meme has not been around long enough— and probably never will be—to have a lasting impact, it offers an interesting perspective into the recent rise and popularity of absurdism and absurdist humor. Most variants of the meme don’t make a lot of sense, and yet we are able to derive humor from them, even the ones without captions. In trying to make sense of an increasingly senseless world, our means of communication, and expression of humor too, becomes just as senseless. As the preeminent absurdist philosopher, Albert Camus, put it, “The absurd is born of this confrontation between the human need [for happiness and reason] and the unreasonable silence of the world.”

On Camus’s human longing for meaning, he may be surprised to learn now that we live in an age where we are constantly surrounded by information and noise, yet we can never seem to find meaning in any of it. Recently, it’s felt to me that politics have constantly been giving reasons for nihilism. Politicians profess that democracy works, all the while obvious gerrymandering and voter suppression run rampant. The views and opinions of an older and less diverse electorate are overrepresented in a legislature that mimics it. Mass shootings occur with alarming regularity, and there never seems to be lasting efforts to stop it. Climate change is poised to have devastating effects in the near future, and politicians still can’t even agree on its existence, let alone the threat it poses. The nobility and American spirit of protesting is something we were taught about in school, yet most politicians, major news outlets, and fellow American citizens brush aside at best— and demonize at worst— the demands of protesters. This political climate serves as the perfect breeding ground for absurdist expression, and for finding humor and appeal in it. The Miley Cyrus meme is a prime example of this phenomenon, and its rapid proliferation and nonsensical remixes reinforce that to make sense of this seeming meaninglessness, we embrace it and let our imaginations run wild.

Our generation searches for meaning and significance, but we are given no reasons to believe that our lives and opinions aren’t trivial, both in appearance and reality. So how do we react? By making a Miley Cyrus meme of course. It truly is the Mona Lisa of our time. Shame it’s already dead. 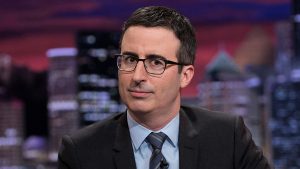