An online petition with more than 15,000 signatures is calling for University President John DeGioia to ban H*yas for Choice (HFC). The petition, posted by TFP Student Action, has been circulating since Nov. 8. TFP’s website does not make it clear if the petition was written by a Georgetown student or alum.

HFC, a student group which promotes reproductive health and abortion access, is not recognized by the university and does not receive any funding from it. The club regularly hands out condoms, dental dams, and lubricant in Red Square and the Leavey Center, and began offering the emergency contraceptive Plan B this fall.

The petition condemns HFC for distributing contraceptives, fundraising for Planned Parenthood, and inviting pro-choice speakers to campus. It also criticizes the group for holding a “Pro-Choice = Pro-Trans” event in White Gravenor in the spring of 2018, and is accompanied by a hidden-camera video of a member of HFC explaining what the group does while tabling in Red Square.

The petition cites six “scandals,” and claims that Georgetown’s Catholic identity should not allow HFC to exist.

“The club’s pro-abortion advocacy, campus-wide distribution of contraceptives, and anti-Catholic message have no place on a Catholic campus,” the petition reads.

According to their website, TFP Student Action stands for “Tradition Family Property,” and was formed in 1973.

HFC shared the petition on their Facebook page, and responded by linking their own website and suggested fundraising methods.

“This video and petition are equal parts entertaining and horrifying,” the post read. “We face this kind of right-wing backlash to our efforts to advocate for reproductive and sexual healthcare on campus every day.”

The HFC board indicated in an email to the Voice that they are not taking the petition too seriously. “As an unrecognized group that entirely operates on campus based on individual student rights, there are no immediate steps Georgetown could take to ban us that wouldn’t change overall student rights,” the board wrote. “We are incredibly aware, however, that the anti-choice movement has frequently used violence to terrorize reproductive justice activists and abortion providers, so we’re staying cautious.”

Georgetown Right to Life, the student organization which promotes pro-life policies from conception to death, declined to comment on the petition. 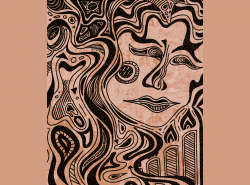 ‘Does the world see me?’: Mahsa Amini vigil brings solidarity with the Iranian fight for women’s rights

[…] to the demand, the board of H*yas for Choice wrote to The Georgetown Voice: “As an unrecognized group that entirely operates on campus based […]