As the Voice nears our 50th anniversary in March, we are looking back at our history, alumni, and life after the Voice.

John Baldoni (COL ’74) arrived on the Hilltop in 1970, a year after Georgetown became co-ed and while Vietnam War protests were rocking the country. The Pentagon Papers scandals were one and three years away, respectively, and Washington, D.C., was about to undergo drastic changes.

Wanting to take part in the District’s active political scene, Baldoni quickly joined the The Georgetown Voice as a photographer. The Voice had just been created the year before, and the small staff meant that Baldoni was taking the majority of the photos for the magazine as a freshman.

“I was recruited to join by the original editor, Stephen Pisinski (COL ’71),” Baldoni said. “I was interested in photojournalism, and there was a lot happening in the city in those days, and so I got a lot of access to political events and demonstrations, all kinds of things.”

Baldoni started taking pictures when he was 16 because it was a skill that ran in his family. “It was something my father did as a hobby, and my grandfather too, so it was just a way of self-expression that I enjoyed.”

The Voice was founded in 1969 by a faction of staffers from The Hoya who were frustrated by the newspaper’s lack of coverage of war protests and other major off-campus events.

“In those days, The Hoya was the preppy paper, and it covered on-campus, and we covered off-campus,” Baldoni said. “The Voice was interested in things that were happening off campus, as was I, so that was why I joined it, and that’s why I stayed with it.”

By the time Baldoni got to Georgetown, photography was already an integral part of his identity. So when he got involved with the Voice, he was able to see the political scene up close as well as improve as a photographer, both of which were equally important to him. In his role as the Voice’s photo editor, which he held for most of his time at Georgetown, Baldoni not only had a creative outlet but also got the unique experiences he wanted from living in the nation’s capital.

“It was wonderful, it was very enriching,” Baldoni said. “That was a time of student foment, the anti-Vietnam War movement, and then later it morphed into the Watergate hearings and things like that. It was an exciting time to be a part of that. It also gave me a ticket to hone my craft.”

Baldoni’s most memorable assignment for the Voice was photographing President Richard Nixon’s second inauguration in January 1973. He received a press pass to cover the parade, where he was able to walk alongside Nixon’s limousine, flanked on both sides by the Secret Service. 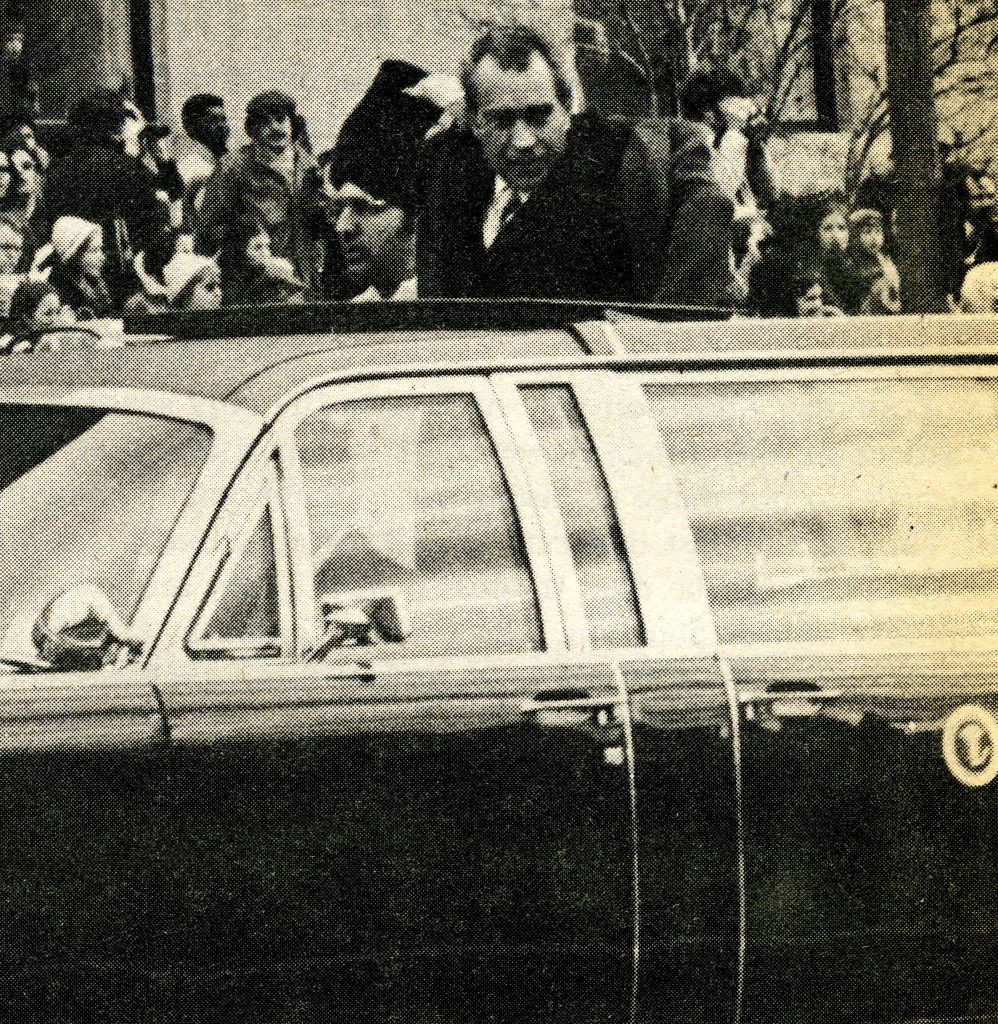 Baldoni did get the photo of Nixon after all.

“Nixon was in a bubble but decided to stick his head up out of the bubble, which—you know, this is 10 years after the Kennedy assassination, and presidents didn’t really do that at that time—so I remember as soon as he did, I raised my camera to take a picture,” Baldoni said. “I don’t know if I did take it because I was immediately grabbed by a Secret Service agent and pushed roughly to the side of the street, and I said ‘Hey, I have a press pass!’ But he said: ‘Nobody walks with the president.’”

Today, Baldoni is an executive coach, consulting leaders on how to live and work more purposefully, and the author of several books on leadership. But when he was a Georgetown student he had very different ambitions.

“I wanted to be a filmmaker,” Baldoni said. “I subsequently went to the London Film School, and then I ended up in Los Angeles, but along the way, I discovered that I really liked to write.”

Even though he ended up a long way from where he thought he was going, Baldoni draws a parallel between what he did for the Voice and his current career.

Baldoni said that student journalism is an excellent proving ground for those who want to go into journalism or creative fields and an enriching experience for others like himself.

“It was a wonderful opportunity, and I wouldn’t have changed anything for it,” said Baldoni. “It’s not what I do now, but it was good preparation for expressing your voice, no pun intended.” 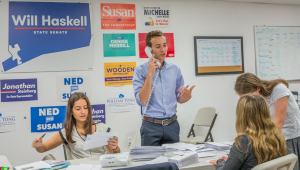 By Noah Telerski and Rachel Cohen