More Georgetown graduates go into consulting than any other field. Why? 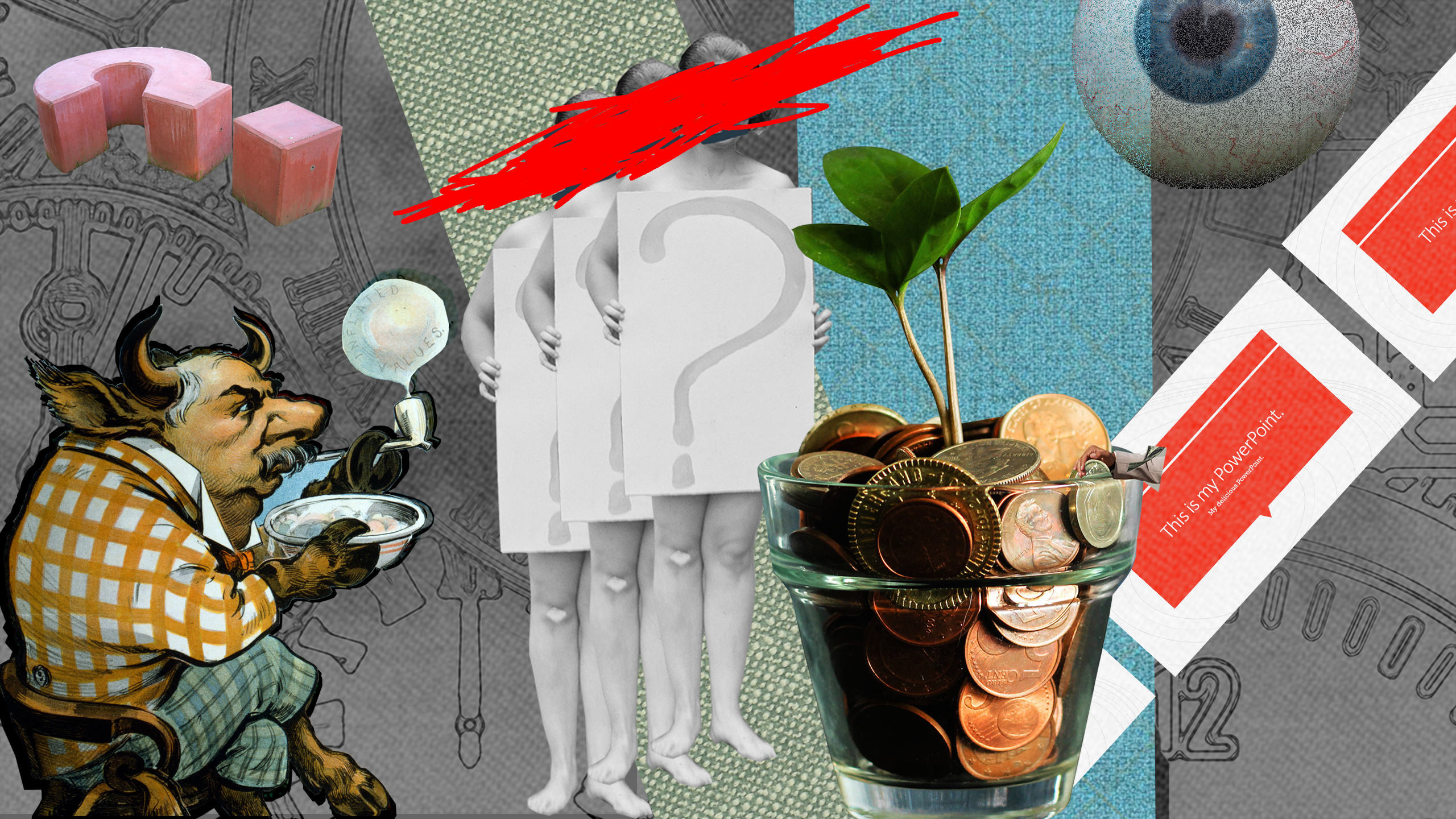 As a first-year, I have about 1,095 days until I graduate. While this provides ample time for developing relationships, exploring electives, and taking risks, it also marks the period I have to figure out what to do after graduation. And statistically, there’s a 1 in 3 chance that I, albeit a CULP major in the SFS, will go into consulting or banking.

The pressure to figure out what you’re going to do post-graduation is immense. A byproduct of capitalism, Georgetown’s pre-professional culture makes students feel as though they need to have everything figured out as soon as possible. Looking at my future, one I hope is driven by passion, it is disheartening to hear that some Hoyas might choose a career not out of love, but because there are structural barriers preventing them from careers that inspire them.

According to the Cawley Career Center, 14.8 percent of the class of 2020 is in management consulting and 13.9 percent in investment banking careers. Statistics for previous years are similar or higher—meaning 1 in 3 Hoyas enters either of these industries. For the class of 2020, the third-most popular career was healthcare, at 7 percent.

Holden Corcoran (COL ’22) is one student part of that consulting trend.

Corcoran declared a psychology major and cognitive science minor to develop his interest in nonprofit social impact work. After difficulty securing an internship his junior year, Corcoran wanted to lock down a post-grad position early. He now will be working at a healthcare consulting firm after graduation. While he is excited about the position, it’s not what he saw himself doing.

“That’s still something that I care about and is important to me, that the job that I do is mission-driven and has impact outside just turning a profit for a company,” Corcoran said.

While interviewing at his firm, Corcoran wondered whether his work would really be doing good in the world. He received a somewhat disappointing answer. “It’s not that you’re doing good. It’s that you’re doing less bad than some other companies,” employees at the company told Corcoran.

The idea of “doing less bad” in career choices is troubling and indicative of a larger cultural issue at Georgetown. Students feel pressure to secure careers that don’t align well with their moral values, which contradicts Georgetown’s supposed commitment to public service. It’s not necessarily a choice all students want to make, but rather a choice that feels safe.

Mya (MSB ‘23), whose name has been changed to not impact job offers, entered Georgetown unsure of what she wanted to do post-graduation, in business or otherwise. “I still have no idea what I want to do in life and a lot of people say that taking finance and consulting careers is just procrastinating your decision,” Mya said.

For her, an upcoming summer internship at an investment bank—and the full-time job offer that comes with it—provides security in the face of post-grad uncertainty. But it isn’t necessarily her first choice.

“If I had a concrete passion I could chase I think I would do that, any passion, over consulting or banking,” Mya said.

She isn’t alone. Students feel as though they must constantly build a career to compete, rather than spending time exploring. Georgetown’s core curriculum encourages students to dabble in a range of interests, yet they are simultaneously pressured by pre-professional culture into a narrow set of career paths—a confusing contradiction I find myself trapped within.

Despite a lack of investment some students hold in their chosen career paths, financial security is a major benefit of going into consulting and finance.

The average starting salary for a student graduating college in 2022 is $55,260 nationally, and at Georgetown $81,000. The average debt burden for Georgetown students is $16,421. On the other hand, the average starting salary in management consulting is $83,500 with close to $25,000 in additional bonuses and relocation assistance. In investment banking, graduates can expect to make anywhere between $170,000 to $190,000 their first year out of college. Considering the cost of living in major cities like D.C. or New York, it’s clear why consulting and finance’s incredibly high compensation rates are attractive to undergraduate students.

Mya believes that this compensation is a huge factor for most new graduates when making their decisions. “That’s a point that can’t be overstated here: You come out with an absolutely ridiculous first year salary,” Mya said. “I think it’s hard to turn down.”

Many other industries have unpaid or underpaid internships, meaning exploring some careers is untenable for many first-generation and low-income students. Students may risk their own financial security—and that of their families—in the pursuit of less compensated careers. There is nothing wrong with students choosing highly compensated careers, but there is something problematic in how we value careers that “do less bad.”

The sense of job security provided by the early recruitment timeline is also highly persuasive for students. “The banks and the consulting firms are very aware of this dynamic. I think they purposefully move their processes up so that they can grab kids earlier and earlier and commit to them,” Mya said.

While consulting firms and banks offer genuinely lucrative opportunities, a lot of the pressure students feel to secure financially-stable jobs comes from Georgetown itself. “The one that drives me crazy is when students choose a career path because everyone else around them is telling them that’s what they should do,” Jeff Reid, a professor at the MSB and founding director of the Georgetown University Entrepreneurship Initiative, said. And often, Reid finds, students regret starting their careers in these industries.

Corcoran sees campus culture as a force for pressuring students to feel like they need to start early and have everything figured out as soon as possible. “Georgetown has a culture, in part due to the club culture, that is incredibly pre-professional and very go go go,” Corcoran said. “If you’re not working towards a career that is typically seen as an advantageous career to have on your resumé, then what are you doing?”

According to Reid, clubs and firms present careers as the logical next step following graduation, and this linear path is particularly exciting for Georgetown students who are used to always moving forward.

“You get to Georgetown and once again it’s like: How do I earn social credibility? How do I take the next step on my path?” Reid said.

The tying of career path to social status is complicated as it places post-grad plans in value-based hierarchies. As a result, Georgetown students turn consulting and banking careers into metrics for their social worth. “[Georgetown students] want to work at a McKinsey, Bain, BCG. That has like social signaling power,” Mya said.

Students turn to finance and consulting clubs for mentorship and social life, but the selective nature of the organizations also fosters pre-professional culture. Nearly every student interviewed for this piece cited their experience with consulting clubs as a factor in their post-grad or internship decision.

Not all students feel these external pressures played a role in their decision to pursue jobs in consulting or banking, though, and not all students start undecided and end up in consulting for lack of other interests. Anna (MSB ’23), who is interning at Bain and Company this summer, knew she wanted to go into consulting when she arrived at Georgetown.

“I came in thinking about consulting because of my parents. They’re both professionals who have office jobs, and they said consulting would be great for me,” Anna said. “When I came into Georgetown and saw at CAB fair there were so many consulting clubs, I got very excited.”

She was accepted into Innovo Consulting fall semester freshman year, a consulting club on campus that does mainly social impact consulting. “I loved it,” Anna said. “I loved that we had social impact entrepreneurs and nonprofits as our clients.”

Sydney (MSB ’23) sees her upcoming consulting internship as a way to create social change. She is considering law school after graduation and views consulting as a career that is built around solving problems. “I knew I wanted to make a positive impact. I think I see problem-solving as a way to do that,” Sydney said.

Many of these students might enter these industries for their benefits and genuine interest, but might not want to stay in them forever. Corcoran knows that consulting is not something that he wants to do long-term, and Mya, Sydney, and even Anna are unsure about their future plans.

The feeling that students need to spend time in careers that don’t motivate them before they can afford doing what they actually want is disheartening. Georgetown as a community and an institution shouldn’t be somewhere where students procrastinate their passions due to social and financial pressure. Reid is critical of this pressure; in fact, he’s generally wary of the one-in-three students consulting and banking statistic and thinks it contradicts Georgetown’s Jesuit values.

“There are at least two key Jesuit values that I wish our students would think more about when making career choices. One of them is how can I make the biggest difference in the world,” Reid said.

He thinks that careers like this aren’t necessarily the most impactful things that students could be doing and wishes that more students who are set on business careers would pick a social problem to solve using a business approach.

“Industries like banking and consulting are not creating new value. This is kind of controversial: They are not building stuff, they are not creating. Maybe they make the system more efficient. There are arguments,” Reid said. “But there is also an argument that says they are actually taking value out of the overall system. That they are not increasing the pie for everyone.”

What bothers Reid the most is that this pre-professional culture forces students to know what they want to do as soon as possible and contradicts the Jesuit value of “knowing yourself.” He finds it perturbing that students end up taking what he views as the “path of least resistance” given how heavily firms recruit on campus.

Mya also thinks that the accelerated timeline of these industries prevents students from having the time they need to figure things out. “Sophomore fall is a ridiculous time to be thinking about a job.”

As a freshman, that felt comforting to hear—but is it true? The pressure to be constantly working towards the ‘right kind of career’ feels all-consuming. Coming to Georgetown has left me feeling perpetually behind in a culture where everyone seems to be focused on the future. And when you’re stuck with the foggy concept of wanting to ‘do good’ at a school known for service but lack clear vision to guide you, it can be comforting to know that there’s a path to financial and job security.

At the end of the day, not all of us are going into finance and consulting. “30 percent sounds high, but that also means there are 70 percent doing all kinds of other things,” Reid reminded me.

Of course, there is nothing wrong with students choosing consulting or banking because they want to, but I refuse to believe 1 in 3 Georgetown students is truly interested in only “doing less bad.” The question now becomes how we create a culture that puts student passions first. One thousand ninety-five days is enough time; now it’s a matter of crafting a Georgetown that prioritizes exploration and impact.