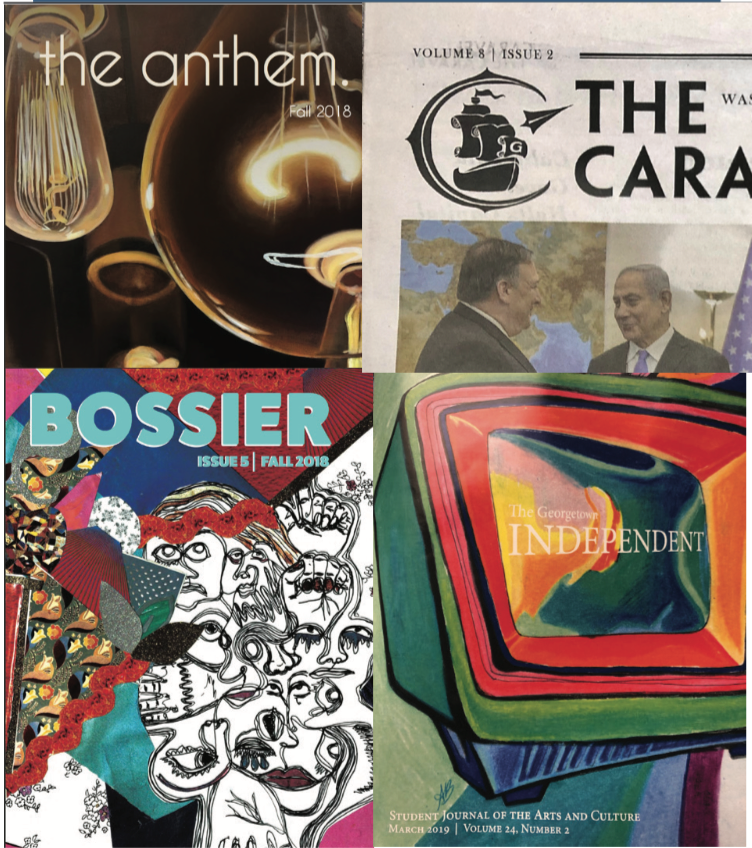 This issue focuses on the Voice’s 50-year history, but we are part of a larger network of student groups dedicated to journalism on campus. While we’re often in friendly (and sometimes not-so-friendly) competition with each other, the sense of community among us has kept student media on the Hilltop alive in the face of rapid changes in the way our society consumes and reacts to information.

Fourteen student media organizations are members of Media Board, the committee of campus media leaders responsible for advocating on behalf of and allocating funds to groups that produce journalistic, academic, and creative content. Encompassing everything from the Voice—a newsmagazine—to The Anthem—a literary magazine—to WGTB—the university radio station— Media Board estimates that its organizations have a total of 695 members, distribute 142,150 print issues per year, and generate 1.6 million website views annually.

Sagar Anne (MSB ’19), the chair of Media Board, believes these numbers demonstrate the value student publications have to offer the Georgetown community. “One of the main highlights of the journalistic institutions is that they provide a glimpse into the university for alumni, current students, and prospective students into so many aspects that they’re not part of,” he said.

Media across the world has grappled with how to engage readers who are scrolling through social media feeds rather than taking the time to read a newspaper cover to cover. Established Media Board groups and newer organizations alike are looking for ways to bring their content to life on the web to engage audiences—and cut costs.

Publications need “new digital ways to tell stories,” said Maya Gandhi (SFS ’20), editor-in-chief of The Hoya. Gandhi cited the inclusion of interactive graphics in their coverage of abusive priests at Georgetown this March as an example of how The Hoya is exploring audio and multimedia while sticking to its print roots.

“Because we’ve traditionally been a print outlet for so long, we’re looking more into ways of telling written stories in interesting ways,” she said. The Hoya will not abandon its print run anytime soon; Gandhi believes keeping print production gives student journalists a chance to develop important skills like designing spreads and working under a deadline.

Louisa Christen (SFS ’19), publisher and president of the Caravel, an international affairs newspaper founded five years ago, noted there are hidden costs of transitioning from print to online. The Caravel has tried to engage readers with tools like short-form email newsletters that compile their coverage, but Christen said print issues on stands are still the most effective way of advertising the group. “It’s still really hard to detach ourselves from print editions because that’s the way we get our name out,” Christen said.

One of the most powerful—and least expensive—tools on the internet is social media. Media Board organizations have amassed almost 13,000 likes on Facebook and 21,000 followers on Twitter. Connor Rush (MSB ’21), the managing editor of The Georgetown Independent, is proud of the robust social media presence the Indy has developed during his time at Georgetown. He said he is often pleasantly surprised to find that his friends read and comment on Indy articles. “I know one of my friends that I had no idea that he was reading [my articles], and all of a sudden he told me like, ‘Oh no, whenever you post something on Facebook, every day I check it out.’”

He and his staff are hoping to produce more online content but lack the budget for a more professional website. “With our current website, where it’s more just like a blog, until there’s a way to kind of replicate that design online, there won’t be a pure digitalization of it,” he said.

Balancing the costs of this shift to online with its rapid expansion, Media Board’s demands for funds have understandably risen while its organizations have cut costs. The decline in revenue from print advertising that has harmed the media industry at large has hit campus publications especially hard, Anne said, because advertisers do not take student media as seriously as more established outlets. In 2015, the Voice went from publishing once a week to every other week to focus more attention on our online presence. In 2017, The Hoya began printing once a week, rather than twice a week and started publishing articles online every day.

Half of campus media organizations across the country have had to reduce their print content in recent years, according to the College Media Association’s 2018 Benchmarking survey. A third of the survey’s 181 respondents said that their revenue had declined in the past year, causing the need to cut down on expenses, such as printing.

To prompt campus media groups to further reduce printing costs and move online, Fin/App, GUSA’s finance arm, has progressively cut Media Board’s budget. In 2017, GUSA cut Media Board’s requested budget by 40 percent, which forced media organizations to operate at their bare minimums. For the Voice, that meant a 75 percent decrease in print distribution and dropping a full issue. To make up for the missing magazine, we decided to run our first entirely digital edition, incorporating multimedia elements like videos and podcasts focused on campus arts.

Anne said that Media Board has created a better foundation for the future of student media by having more regular meetings and concrete agendas to foster unity among the groups, which has encouraged the GUSA finance committee to fund the committee more fully over the past two years. Michael Trimarchi—affectionately known as Mickey T— is a professional journalist who has advised the Media Board groups over the past decade, and he is optimistic about the future of journalism on campus and as a whole.

“There is a future for journalism out there,” he said. “It’s starting to get a little clearer, but it’s still forming. We could be getting into the third golden age of journalism.”

Georgetown finally took an important step toward bringing journalism into the classroom in 2012 when Barbara Feinman Todd, author and professor emerita, founded the journalism minor under the English Department. The program is small, only accepting 20 students each year, but is growing to give Georgetown students a chance to learn from professional journalists and explore the rapidly changing field.

Christen feels being a part of a campus media group provides a creative outlet outside the classroom. “We spend so much time writing essays and reflections and whatever, but there’s still nothing like learning how to tell a story and to report and write about something that you care about,” she said.

Media Board contains some of the oldest organizations on campus, such as The Hoya, which will celebrate its 100th anniversary in 2020, and some of the newest: Bossier, a magazine devoted to promoting discourse about women’s issues, and The Georgetown Review, which analyzes political and international affairs in a conservative light, both joined in 2017. This year, Media Board also added Georgetown University Collective of Creative Individuals (GUCCI) and Prospect Records, each focused on music and the arts, to its list of organizations.

Whether young or old, online or in print, opinion or news, student media is ready to take on the challenges of a new era. The future for campus media lies with the students at Georgetown now and those yet to come, working late nights to bring their content to life. 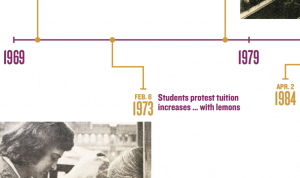 By Noah Telerski and Cade Shore 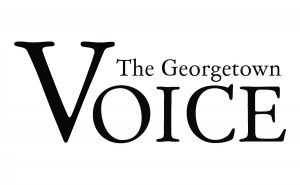 After The Georgetown Voice: 2003