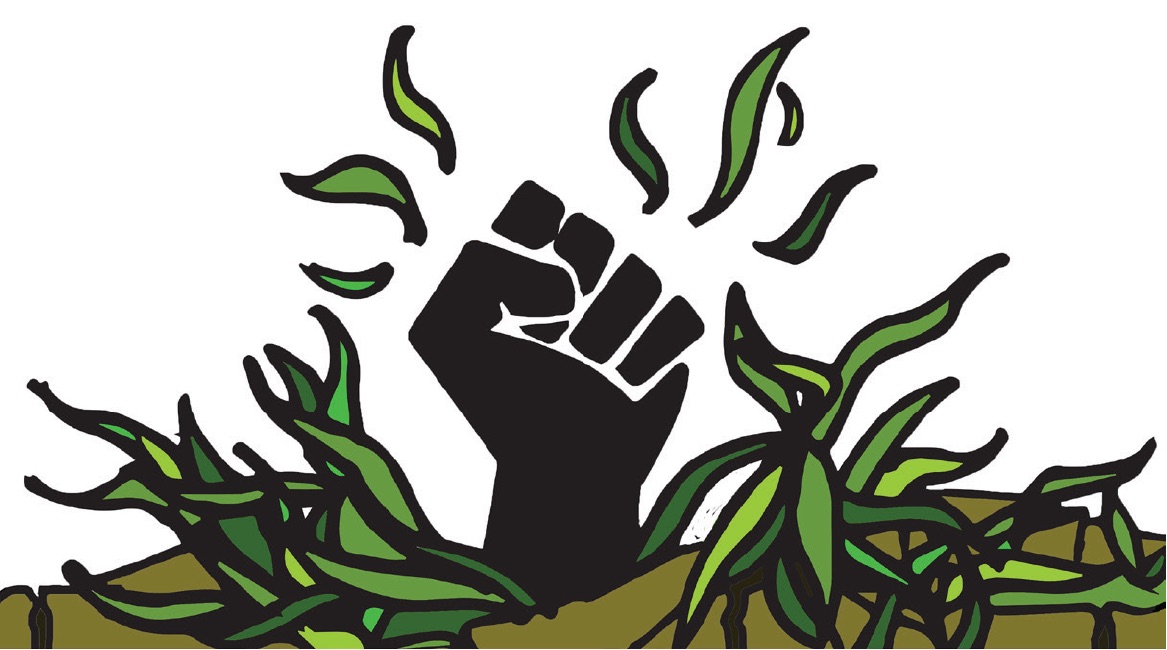 Coming to Washington, D.C., for college, I looked forward to my first Women’s March. In the weeks leading up to the event, I ordered red bandanas from Amazon to resemble Rosie the Riveter and scrolled through Pinterest for poster inspiration. When the day finally came, my roommate and I trekked across the Francis Scott Key Bridge to the Rosslyn Metro station, our fingers stiff from holding our posters in the frigid air. But when I got to the march, I felt out of place.

As an Asian-American woman, it’s difficult to support a movement in which my issues aren’t being addressed. This sentiment isn’t new. For decades, feminism has received backlash for being too white and ignoring the challenges minority women face. In the ’60s, Asian-American women attempted to start their own movement. Since then, many of their voices have been lost, discouraged by societal and cultural oppression. Nevertheless, their struggles remain prominent.

It’s time to listen to their voices again.

Like other minority women, Asian women in America not only face the sexism all women face but also racism for being Asian, both of which limit their personal and professional lives. Being Chinese-American, I often find myself navigating damaging stereotypes about East Asian women. East Asian women are seen as quiet, submissive, and not “leadership material.” We are STEM masterminds and good worker bees. We are cute, small, and exotic. This may not seem detrimental on the surface, but it prevents us from being seen as real people. These stereotypical perceptions affect our employment and keep us from rising to leadership positions, a phenomenon known as the “bamboo ceiling.”

These stereotypes have also led to “yellow fever,” when non-Asian men only seek to date Asian women. This may seem harmless, but the motivations often stem from racist stereotypes of Asian women as exotic and submissive. While all women face objectification due to their gender, Asian women—as with other minorities—face further objectification due to their race. I cringe remembering the time someone asked me for a massage or the numerous occasions when men on the street have called out “Ni hao” as a crude “What’s up?” in Mandarin. I speak Cantonese. Catcalling and assuming I speak Mandarin is sexist and racist. This is a particular issue Asian-American women face that isn’t addressed in the mainstream feminist movement.

My initial response to these stereotypes was to be as “un-Asian” as possible. Growing up, I had no Asian role models in the media, except perhaps Brenda Song, the sole Asian woman on Disney Channel. The message was clear: To be American was to be white.

In high school, I prided myself on not being like other Asian girls. I thought that by staying away from stereotypes, I’d receive more approval from society. This was helpful when preparing for college interviews, where I felt pressure to seem “less Asian.” This included not wanting to be a doctor (I didn’t) and not being on the badminton team (I wasn’t). I felt compelled to talk a lot and emphasize minor things I did that I wasn’t interested in, like theater, all to differentiate myself from other Asian applicants. I was made to feel that I was only appealing when pretending to be someone I’m not.

The one thing I could not change was my quiet nature. In a small group of friends, I’m just as talkative as everyone else. In classrooms and large public events, however, I tend to be quiet and reserved. I feel the pressure to speak because if I didn’t, I would be reinforcing and validating the stereotype of the quiet Asian girl.

But what if I simply don’t want to talk to you?

Society has misconstrued quietness as a fault. Quiet doesn’t equal silent. It means I’m particular with what I say. Maybe I am a quiet Asian girl, but I am not quiet because I’m Asian. The loudest, most opinionated people I know are the Asian women in my family. Quiet is simply part of who I am. I started to question other aspects of the Asian female stereotype. What is so wrong with being a doctor? Playing badminton? Getting straight As?

For any other race, these qualities would be deemed impressive. On an Asian woman, it makes her boring, lacking personality, and passive.

It’s time for this mindset to change, for all Asian-American women to speak up in their own ways and not be lost in the mainstream feminist movement.

This is not a completely new idea. In many Asian cultures, being loud and shouting, common at the Women’s March, are looked down upon. As a result, many Asian-American women have found their own ways to transgress through deliberate actions that speak for themselves. In 2017, a group of Asian-American women formed the Asian American Feminist Collective after noticing the exclusion of the Asian-American voice in the Women’s March. The collective fosters dialogue and hosts events dealing with political issues Asian-American communities face. This type of political work is a step in the right direction and must continue.

Many Asian-American women are also taking business matters into their own hands. The least likely to be promoted in the workplace, these women are becoming entrepreneurs. According to a 2017 Nielsen study, in the United States, the number of businesses with Asian female owners increased 44 percent, while the number of businesses with female owners overall increased by only 27 percent.

Hollywood witnessed an increase in Asian representation in 2018 with hits like Crazy Rich Asians and To All the Boys I’ve Loved Before. It was refreshing to see Asian women depicted as real, normal people. One thing I like about the latter film is that it never makes protagonist Lara Jean’s Asian heritage a defining characteristic. It’s a typical American high school romance involving a girl who happens to be Asian. This is important because most movies featuring an Asian character feel the need to include fighting terracotta statues or recovering some jade amulet in the plotline, perpetuating the inaccurate portrayal of Asian-Americans as foreigners.

Still, there is room for improvement. None of Lara Jean’s love interests are Asian and four out of five are white. In Crazy Rich Asians, the actor who plays the leading man is half Caucasian.

The work is not only up to Hollywood. At Georgetown, none of my professors have been Asian, let alone Asian women. There have only been three Asian female senators in the history of Congress.

Feature more Asian women in film and television, on boards and in faculty, and people will start to realize that Asian women, like all women, are multidimensional and varying in personalities. They aren’t all small, submissive, and silent. They can even be subversive.

Maybe one day there will be a feminist movement that is inclusive of all women, where one isn’t seen as their race first and gender second. Until then, Asian women need to step up and address their unique concerns. We need to realize we were never silent, rather society has silenced us. 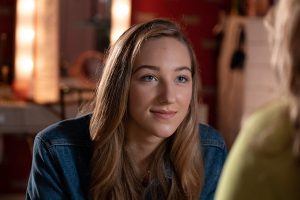 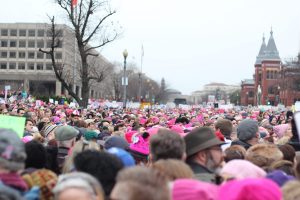