Home for the Weekend

From kindergarten through 12th grade, I walked three-quarters of a mile to school almost every single day. Even when it was raining and passing cars soaked me. Even once I could drive. With every curve in the road and crack in the sidewalk, I was reminded of how fond I am of my home. Now that I am in college, I have fewer chances to take this walk than before, so every trip home for the weekend is a trip through my childhood memories.

My childhood best friends grew up in the house across the street from ours. It has a big yard and a dogwood tree that spreads low and wide above the ground. The Smith girls were part of a family of four children. Jane Smith was my age, and Carolyn was my sister’s. Jane was clever, athletic, and very cool. She took no shit. She could play soccer and lacrosse, and she taught me how to paint my nails. Carolyn was mischievous, wild, and skinny like a twig. On boring summer days, she would sprint around the block, ringing the doors of all our other neighbors, jumping out of bushes, asking for chocolate Tootsie Rolls from Ms. Rangle, or offering to walk somebody’s dog for five minutes if they paid her $30. The four of us would set up lemonade stands and lure benevolent passersby, or on winter snow days, go sledding on the hill behind the old dinner club.

While I admired Carolyn and Jane’s older brothers, Caden and Graham, for years, they were utterly uninterested in me. The oldest, Caden, was five years older than I was. He could drive, he lifeguarded at our pool, and his girlfriend came over a lot. To an 11-year-old girl, he seemed somehow older than even my parents. Graham played squash, skateboarded, and mowed lawns in our neighborhood. His room was directly across from mine, with the street lying below. I got embarrassed when he came down to the basement to do laundry while Jane and I watched TV. Once, Jane told me she and her whole family knew I’d liked him for years. I didn’t come over for a while after that.

The Smiths’ next door neighbors were the Miecks. Outside their house is a shallow stretch of sidewalk which becomes an ankle-deep puddle on rainy days. Raking the Miecks’ yard one autumn, I accidentally stepped in the puddle. Mrs. Mieck hurried me inside through the back door, into their warm, yellow kitchen. It smelled old and was decorated with wicker baskets and painted clocks. She dried my sneakers on the radiator and lent me her husband’s old rain boots. When I finished the raking job, she handed me a $5 bill and some candy.

Mr. Mieck was one of the friendliest people I’d ever met. He pronounced my name with a funny lilt, stressing the first syllable. Every Fourth of July, he would take his grandchildren, my siblings, and me to the neighborhood parade—the annual Strawberry Festival. Mr. Mieck had an old, light blue convertible—something old fashioned, maybe a Cadillac. He kept it in the garage, and we only ever saw it for this special day. He would roll the roof down and fly an American flag out of the back as we inched down Loland Avenue through the crowds.

The Rangles—the ones with the Tootsie Rolls—had an enchanted tree in their yard. Well, two trees—twin saplings that meshed and grew together, forming a pocket in the earth. Fairies lived there. Jane from next door and I would leave them gifts—rocks, blades of grass woven together, flower petals.

Years passed. The Smith family moved 15 minutes away. The Smith girls, my sister, and I went to different high schools, Caden went to college, and Graham prepared to. When I was a sophomore, though, Graham and I reconnected. He drove me around in their Suburban, the same one that always sat outside our house. He listened to really good music—grunge, new-wave rock stuff that I’d never heard before, but that I listen to now. He had, after all, been a skateboarder.

I told him that I had a crush on him for the majority of our childhoods. He laughed and said he was flattered. What would I have thought, at 11 years old, if I knew that one day, Graham would drive me past our houses and tell me about his upcoming senior prom. Would I have known, at 11, that it would be bittersweet? That it would make me wish we weren’t older now?

Mr. and Mrs. Mieck moved to Florida last year, the same year I started school at Georgetown. Then, Mrs. Mieck got sick. She died recently, and I wrote a letter to Mr. Mieck. I told him that I have strong memories of him and his wife and that I would always remember their neighborliness. Apparently, Americans don’t “know their neighbors anymore” because of political polarization, technology, millennials, or something. When I grow up, though, and have a house of my own, I will know how to treat my neighbors. I will know to offer the neighborhood kids jobs that I could do myself. I will always buy their cookies and their lemonade. I will chat with them in the street, and I will invite their parents to my holiday parties.

The Rangles’ twin trees grew old and dangerous, and a service came to cut them down last year. Ms. Rangle might still keep chocolate Tootsie Rolls, but I’m too old to ask for them now.

My dad used to walk my sister and I to school when we were too young to go alone. Every day of third and fourth grade, he made us work on memorizing the state capitals as we walked up the long hill (Topeka, Kansas. Sounds like Tapioca, the pudding. Not to be confused with Tallahassee, Florida). When we finished those, we moved on to a disturbing John Keats poem (“My heart aches, and a drowsy numbness pains my sense, as though of hemlock I had drunk…”). I hated these memory exercises, but I’ll never get to do them again.

Now when I walk through my neighborhood, it’s usually to get to our library, to the post office, or to our local grocery store. For as long as I can remember, one of two men—a bald guy or a guy with a mustache—has always stood at the door to open it for customers. They still work there. While my mom waited in line, I used to sneak glimpses at the grown-up women’s magazines on the racks at the checkout. Did you know that Glamour, Teen Vogue, and Self do not publish in print anymore? They’ve moved online.

The Smiths are gone, but the new family that moved in are great neighbors. And I know Mr. Mieck loves his new home in sunny Florida. As I get older, I have a greater appreciation for walking through my neighborhood, since I do it a few times a year, not every day. Now my stride is just a little wider. 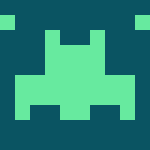 Laura Rockefeller
is a freshman in the School of Foreign Service. She is from Roland Park, Baltimore.

Wisemiller’s Deli raises over $25,000 to stay in business

By Katherine Randolph and Roman Peregrino