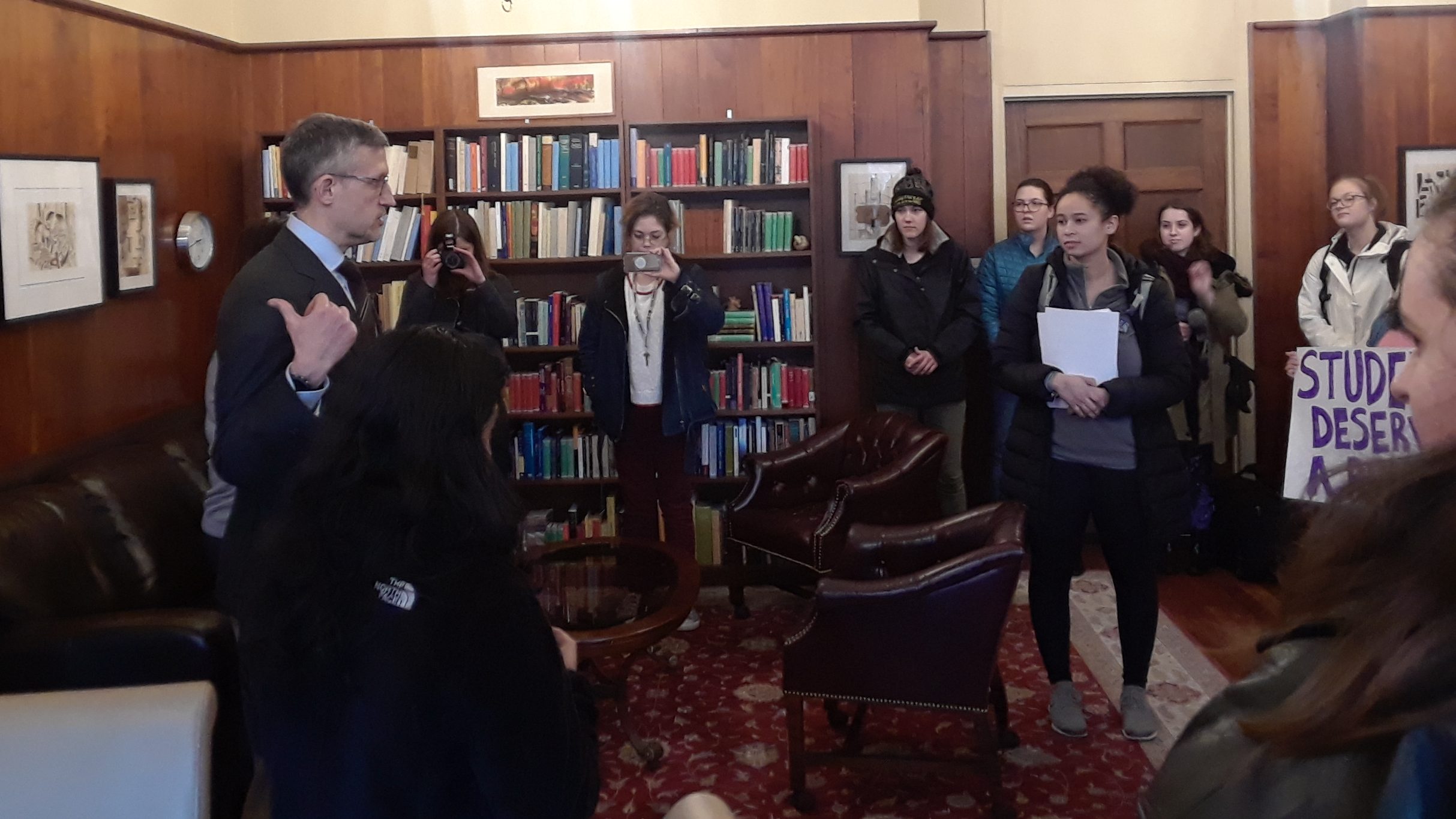 Over 20 students gathered in the College Dean’s Office on March 1 to deliver a letter asking for the Women’s and Gender Studies (WGST) program to be granted departmental status. The petition, which had over 270 signatures, was dropped off by current WGST majors and minors and members of H*yas for Choice.

The first proposal for a WGST program was made 16 months ago, with no response from the dean’s office. This led to the letter drop on March 1, fittingly set on the first day of women’s history month. Supporters met on the White Gravenor patio before entering the dean’s office. While they hoped to meet with Christopher Celenza, Dean of the College, he was away on travel. Instead, Vice Deans David Edelstein and Elena Silva received the petitioners. After Katarina Watson (COL ’21) read their petition aloud, Edelstein addressed the group and thanked them.

“Students are the way we get change at universities, so we genuinely appreciate you being here,” Edelstein said. “Know that your message has been received.”

In the original proposal, the petitioners asked for two full-time, tenure track faculty members; two or three full-time, non-tenure track faculty members; and a dual B.A./M.A. program. A faculty committee later advised the College Dean’s Office that there was a need for the WGST program to transition into an academic department. However, no decision has been reached by the Dean’s Office. 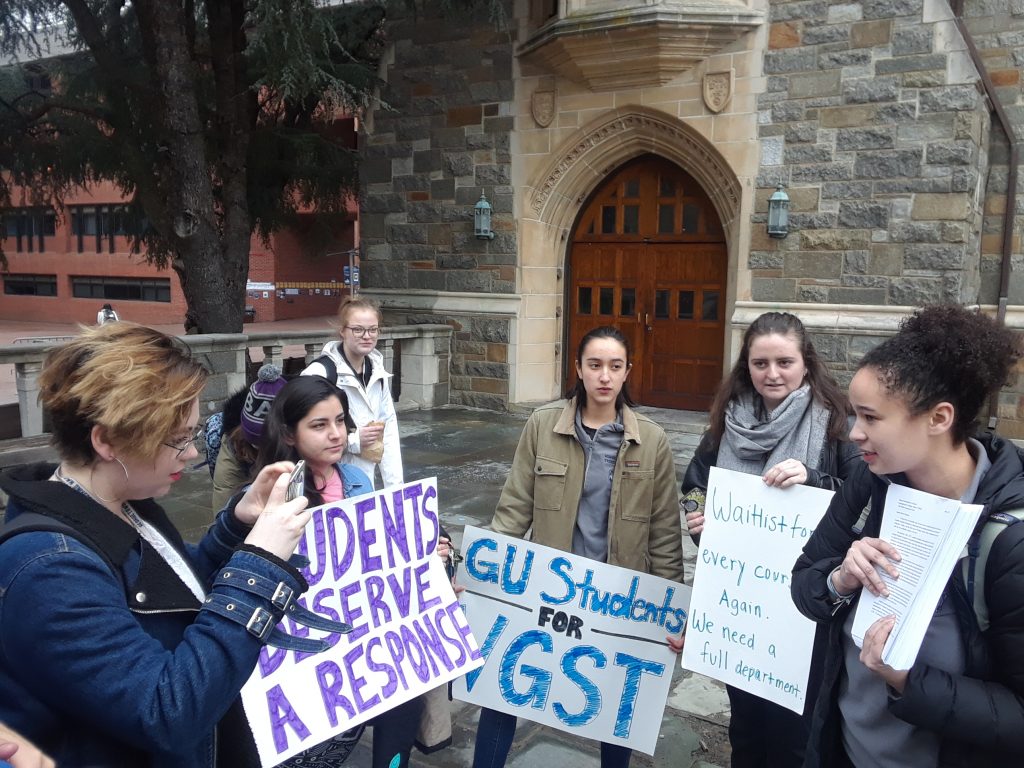 Petitioners meet on the White Gravenor patio before delivering the petition. Photo by Roman Peregrino

This current campaign is being spearheaded by Watson, a WGST major who is seeing firsthand the problems that not having departmental status is causing the program. These include a lengthy waitlist for all classes, limited faculty, and a lack of mentorship throughout the program. “When I declared as a major and discovered how not having departmental status affected us, I knew that I had to at least try to get something done about it,” Watson said.

Watson started by analyzing the first proposal, talking to upperclassmen who knew about it, and making long-term plans. “We knew we would have to first respond and then figure out what’s next,” Watson said. “Figuring ways to get the most support and most general awareness about it because, like I said before, I didn’t know about this until I became a major. I think the general consensus of students is they would care if they knew.”

Moving forward, Watson hopes for a response from the Dean’s Office. “Hopefully there is a response because it’s already been 16 months since the first proposal was submitted,” she said. “If the response is positive, then we are willing to work with them and make sure all of our points are met. If it’s not a great response, then we will continue to act until it becomes positive.”

The students who brought the petition to the deans were excited by the progress but cautioned that the work was not done. “There is a lot of work to be done going forward,” Diego Blandon (COL ’19) said. “It is pretty clear, based on the inaction or just the lack of communication showed by the Dean’s Office and the university itself over the past year and a half or so on this, that this campaign won’t end here. We hope to get a positive response from the Dean’s Office, but we’re ready for whatever happens.”

While Watson knows the work is not done, she is ready for whatever comes next. “I’m nervous, I’m excited,” Watson said. “I’m only a sophomore, so this is something I am really ready to dig into. I am optimistic about it because this is something we need, and it’s very overdue. I think it’s about time we get a response and we get the attention and support we deserve as students of Georgetown.”