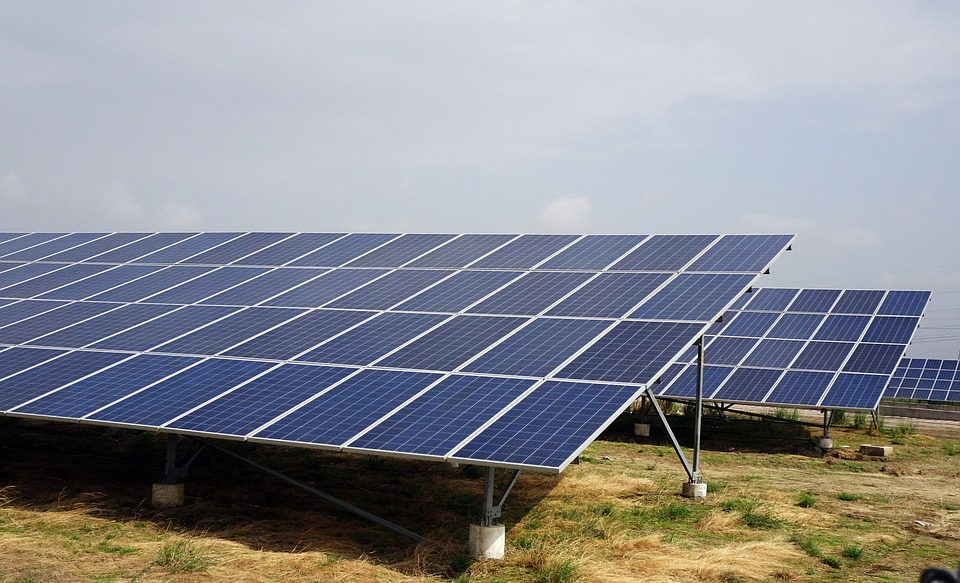 The Maryland Department of the Environment (MDE) held a public hearing on Feb. 27 to hear testimony from community members on the proposed Georgetown solar installation in La Plata, Maryland. Locals criticized the project for the negative ecological impacts it could have on the surrounding area and also how it would affect the native Piscataway people’s culture and history by destroying the forest.

The hearing is one of the final steps in MDE’s decision whether to grant a permit to go forward with the project. Local activists have criticized the 32.5 megawatt, 249 acre project, which is slated to be built by Origis Energy for Georgetown University, because it would require the removal of over 200 acres of forest in an area that has been listed as an Important Bird Area by the Maryland Audubon Society and is considered to be of high ecological value by the Maryland Department of Natural Resources.

Benjamin Hance, a member of the Maryland Chapter of the Sierra Club, spoke on behalf of the group at the hearing.

“We were reiterating that the Sierra Club is very pro-solar and the growth of renewable energy,” Hance said. He said they are most concerned about the negative effects of forest fragmentation and the possibility for degradation of the streams on the property. The group feels that the project could result in increased runoff into the streams, which could impact other valuable waterways further downstream.

The Sierra Club’s written testimony commends Georgetown for taking steps to increase its use of renewable energy but asserts that the group’s concerns about negative ecological outcomes outweigh the benefits of the proposal.

“In order to truly mitigate climate change, it is necessary to not only decrease our greenhouse gas output but also preserve and expand forested land, the most valuable form of carbon sequestration available to us,” the testimony reads.

Others who spoke at the hearing were concerned that the deforestation would destroy the history of the native people of the area. Valerie Proctor, a member of the Piscataway Conoy Tribe of Maryland, Cedarville Band, said that her heritage gave her a different perspective she felt she needed to bring to the hearing. Before European colonists arrived in the 1600s, the Piscataway lived around the Chesapeake Bay and the Potomac River, from the southern tip of Maryland as far north as Washington, D.C. and Baltimore County.

“This is land my people have lived on for thousands of years, and we were never consulted. Just because it’s in the hands of someone else doesn’t mean it’s not Piscataway land,” Proctor told the Voice. Proctor believes that Georgetown and Origis should have specifically consulted the Piscataway during the project planning and done more community outreach in Charles County in general.

Francis Gray, Piscataway Conoy Tribal Chair, confirmed in an email to the Voice that neither Origis nor Georgetown reached out to the Piscataway Conoy Council. “As a tribe that has been officially recognized by the state of Maryland and as the original inhabitants of this land, we deserve to be fully informed and meaningfully consulted regarding proposed projects that impact our ancestral territory,” Gray wrote.

Edwin Moses, managing director of project development for Origis, wrote in a statement to the Voice that Origis tries to be sensitive and respectful to Native American history and culture. “Solar projects do take up a large footprint, and archeological, historic, and cultural surveys are a standard portion of project development,” Moses wrote.

Moses wrote that Origis requested a Maryland Historical Trust Review in June 2017, which found the site had no historic properties. Origis also conducted “extensive archival research and an archeological survey of the project” on the recommendation of the Charles County archeologist. The studies were submitted to Charles County in December 2018 along with a review of the Indigenous Cultural Landscapes Study for the Nanjemoy and Mattawoman Creek Watersheds, which was prepared for the National Park Service in 2015.

“The landscapes study shows that the project is not located within the Indigenous Cultural Landscape that was determined through the consultation,” Moses wrote. “In addition, the archeological survey included over 3,100 field tests and found no sites eligible for listing in the National Register of Historic Places. The Charles County archeologist concurred with these findings and no further work was recommended.”

Origis had project outreach including three formal notifications, a community event, and three open hearings. “But Origis did not reach out to the tribal leadership directly,” Moses wrote. This decision was made based on the findings of their studies, the feedback they received from local government, and their understanding of the project at the time.

“We really appreciate hearing from the community and most certainly respect all the speakers’ concerns at the hearing. We had not heard this concern before and we believe the speakers are potentially unaware of our previous work. We remain open to discussing the project in detail with anyone who chooses to reach out to us,” Moses wrote.

Proctor also felt that the Piscataway people’s history with Catholic colonists was something that Georgetown should have taken into account when it selected the site for the project, given its Catholic affiliation. According to the tribe’s website, the Piscataway first encountered Europeans in 1608. In 1634, with the arrival of Leonard Calvert, the first proprietary governor of the Maryland Colony, and a Jesuit priest, Rev. Andrew White, the tribe was converted to Catholicism while English colonists settled its land.

“Even if that history was acknowledged, that would’ve been a big deal,” Proctor said.

While mostly locals spoke at the event, some Georgetown students made the hour trip to attend the hearing. Shelby Gresch (SFS ’22) delivered a statement on behalf of Georgetown Renewable Energy and Environmental Network (GREEN), for which she is the volunteer and events coordinator. Gresch wrote in an email to the Voice that it was important to show that Georgetown students care about the outcome of this process and that all concerned parties are heard.

“We wanted to have a presence at the hearing because we care deeply about the potential consequences and implications of this project for the region and wanted to show support for all parties that may be affected,” Gresch wrote. “People generally seemed excited to learn that we actually care and wanted our help advocating for a new site.” GREEN’s statement emphasized their commitment to more dialogue and working to understand all of the possible consequences of project.

The meeting began at 7 p.m. and continued an hour past its scheduled 9 p.m. close so that more people could speak. Even with the extra hour, not everyone who wanted to speak was able to. MDE’s agreement to use the building stipulated they not stay any later, so the meeting will be continued at a later date.

University spokesperson Matt Hill confirmed in an email to the Voice that the university has hired a consultant to review the studies that have been completed and that their work remains ongoing.

The continuation of the hearing has not been scheduled at this time, and the MDE spokesperson wrote that “at this time we cannot say when a final decision on the permit application would be made.”

Gresch, Proctor, and Hance all said that while a few people did speak in favor of the project in the currently proposed location, the majority of people who spoke did not. Hance was particularly impressed by the people who drove long distances to come to the meeting.

“I was in awe about the level of support for preserving this forest, the sheer number of people from Charles County, Southern Maryland, even the Eastern Shore and Baltimore and Western Maryland, who came and sat through that long meeting,” Hance said. “It’s great to see that level of community involvement.”