Carrying On: Navigating the Maze of Georgetown’s Mental Healthcare System 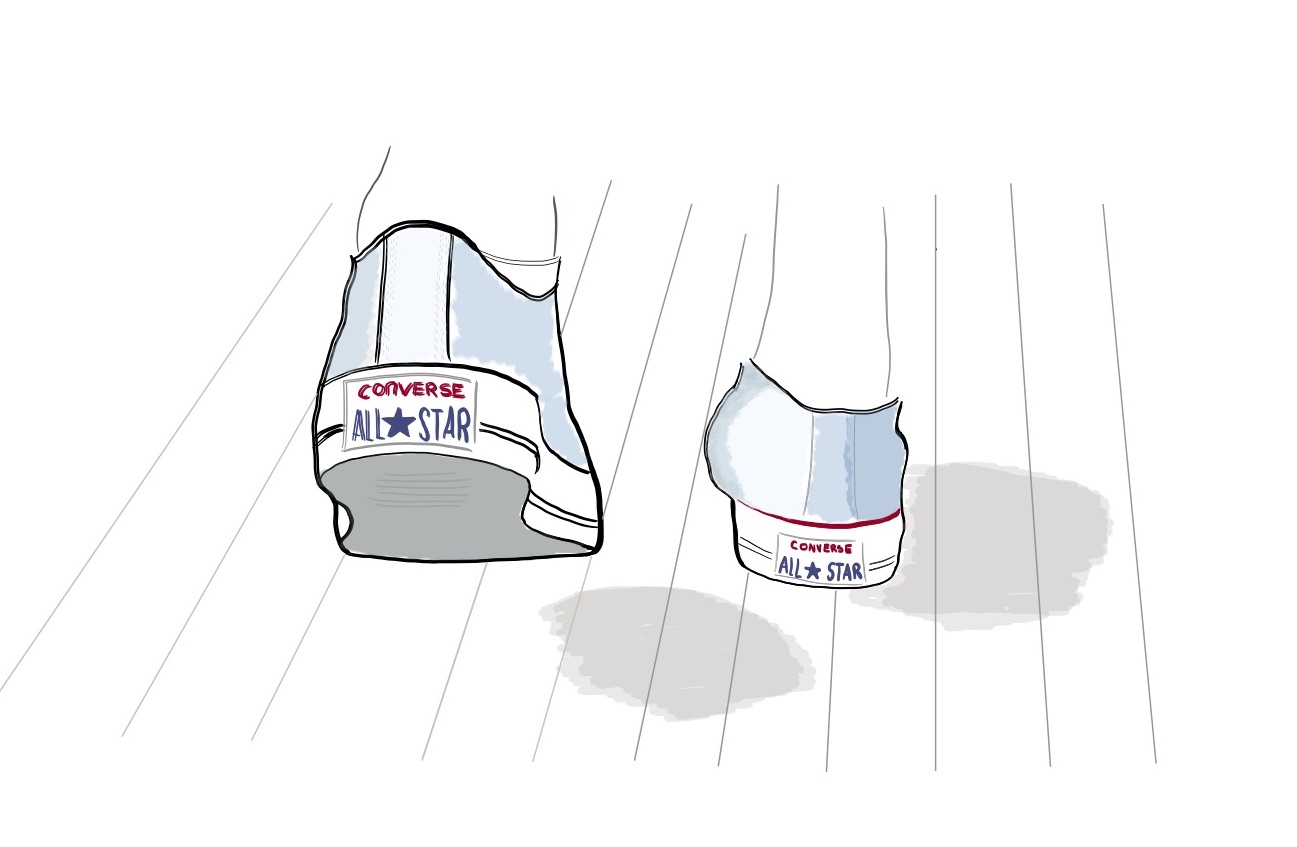 I don’t know how to describe what depression and anxiety feel like.

Comedian Sarah Silverman once described it as, “I’m desperately homesick, but I’m home.” Star Trek actor Wil Wheaton said, “I struggled to reconcile the facts of my life with the reality of my existence. I knew something was wrong with me, but I didn’t know what.”

I do know that last summer I would often leave my house in the morning, only to immediately feel exhausted and want to turn around and climb back into bed. I lost my appetite and stopped eating breakfast and sometimes lunch, too. I even started walking slower, dragging my feet across the pavement in a kind of somber march from one place to the next. On one particularly bad day, I woke up, got dressed, and left my house, only to have to stop and sit on the steps outside.

Like many people, I have dealt with the occasional mental health struggle throughout my life. Last summer, however, I faced my most difficult battle. For those several months, I had debilitating panic attacks at least a few times each week: on the bus, in the bathroom, in my bed, even sitting on the side of the road. Despite being a relatively high-functioning person on the outside—I could make it to work and class and fulfill my basic responsibilities—I was struggling on the inside.

I felt demoralized, tired of the sensation that I was constantly drowning. As I watched my friends relish in the excitement of the approach of senior year, I often felt like the cheerful, introspective person who once inhabited my brain had hidden somewhere else.

I began going to therapy at Counseling and Psychiatric Services (CAPS) in early June. I remember breathing a sigh of relief when I was told that I had “textbook” symptoms for major depressive disorder and panic disorder; I wasn’t just overreacting, weak, or lazy. I had a diagnosable illness, something that could be managed with the right treatment.

According to the CAPS website, “In order to best meet the demand for services which at times may exceed capacity, CAPS operates according to a short-term treatment model.” As a result, my therapist told me I could only receive services from them for one semester. By September, I knew I needed continued support as I transitioned into the school year. When students have long-term needs that surpass the scope of CAPS, they are referred to off-campus providers. On paper, this sounds like a sufficient policy. But in my case, it meant receiving an email with an attached Word document listing over 30 potential providers and only a few scattered, extremely vague notes to guide me. While I worked hard to narrow down the list, I was left feeling lost.

Navigating the mental healthcare system is difficult for high-functioning people like me. For those with more severe symptoms than mine, it is undoubtedly an even greater feat.

Calling people on the phone and explaining one’s situation over and over again is mentally draining. One Friday evening in early September, my friend sat next to me while I called multiple providers, leaving voicemail after voicemail.

“Maybe I should call for you?” she offered.

“What if they actually pick up?!” I exclaimed. “They’re going to start grilling you about ‘your’ symptoms, so you better be ready,” I warned.

“Hi, I’m Devon, and I’m, uh … sad,” she deadpanned. Amidst all of the exhaustion and the chaos, we burst into laughter.

The first appointment I received was not until several weeks later. I have found that this is the norm for psychologists, who treat patients through therapy, and psychiatrists, who have the ability to prescribe medication. Due to high demand, many providers aren’t currently taking new patients or are backed up by several weeks.

A strong doctor/patient relationship is important in many different realms of healthcare, but it is especially important in mental healthcare, which can mean going through multiple “initial consultations.” The process is confusing and emotionally exhausting, and I learned about it through trial and error, the internet, and friends—not CAPS.

Additionally, figuring out the financial aspect of mental healthcare is a complicated and costly endeavour. While there are some mental healthcare providers in Georgetown, they are among the most expensive options available in D.C. due to the neighborhood’s affluence. Many college students will need to travel farther across D.C. to find financially viable options. Attending regular therapy sessions off-campus can be a significant time commitment on top of our already demanding schedules.

Georgetown has expanded their efforts to support students financially in recent years; for example, an off-campus therapy stipend covers up to $500 in outpatient mental health care for students with significant financial hardship. But CAPS is still the most convenient and cost-effective option for many students to receive mental healthcare. At CAPS, a psychology session is $10 and a psychiatry session is $15. According to the Therapy Group of D.C., the average cost of a single therapy session in D.C. is $214. Most providers in D.C. do not directly take insurance and instead require a reimbursement process that entails paying the full cost up front.

An additional obstacle to transitioning to off-campus care is CAPS’ internal policies and communication surrounding split-care, or delivering psychological and psychiatric treatment from different providers. My CAPS therapist assured me that I could receive care at CAPS until I had a stable therapist in D.C., but I received conflicting information from different providers about whether or not I could start psychiatric treatment at CAPS in September. I often felt like I was fighting an uphill battle of managing the bureaucratic rules of CAPS while simultaneously working hard to get through each day.

I wanted to begin treatment as soon as possible, so I asked my CAPS providers if I could start receiving medication from them. I was told they could not provide me with psychiatric care while I was seeking out an external therapist, but I could reach out to CAPS in the event of a psychiatric emergency. At this point, I had no idea what would constitute such an emergency, nor did I know how CAPS defined it.

I got through this difficult time for many reasons—access to therapy and medication, financial resources, and my own resilience—but also because of the many people who have chosen to show up for me, even when doing so was scary or unglamorous or hard.

If you are wondering if you should reach out to someone and check in with them, do not worry that you are overstepping boundaries, that you aren’t good enough friends, that they will think you are weird: Do it. If you have the emotional and mental capacity yourself, ask them what they need. Above all, listen. Advocate for your peers when they cannot.

But despite the power of individual action, I strongly believe that removing barriers to high-quality mental health care will ultimately account for the recovery of those with mental health disorders. CAPS should create a more standardized process for transitioning students to off-campus care, including robust educational and financial resources. Ultimately, Georgetown should invest in accommodating students’ mental health needs for more than one semester.

While all of the individual providers at CAPS worked hard to keep me safe and support me, the confusion within the system is unacceptable. In trying to advocate for myself, I felt like my mental health worsened due to the burden of navigating the system itself.

The quality of one’s mental health directly affects their ability to succeed academically and personally. Without future improvement, Georgetown fails students who otherwise could succeed and contribute to our community. 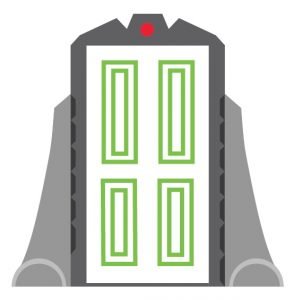 Taking Control by Opening Up 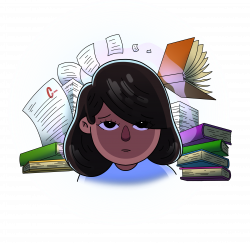 How I navigate achievement anxiety, and how you can too