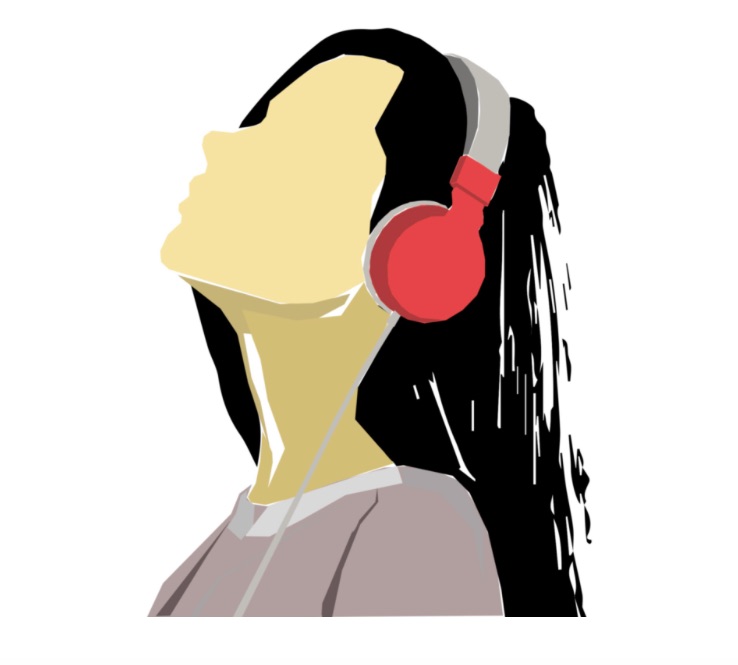 “Are you coming home this weekend?”

“I can’t. I’m busy.” I quickly tapped the letters to reject my mother, but I knew my attempt would fail.

My suspicion was confirmed by the message I received a few seconds later: “But after your dad left the country, nobody else is with me except for a cat that doesn’t talk. Keep me company.”

I sighed as I began packing up my homework and laundry. Once again, I’d been guilt-tripped by my own mother.

My mother, a psychiatrist, used extensive positive reinforcement to instill in me the value of stability, which came with comfort, safety, and a sense of home. When I was a toddler learning how to walk, she was paranoid that I would stumble, bruise my knees, and—God forbid!—break a few bones. She baited me to walk slowly with the promise of Barbie dolls and McDonald’s ice cream. As walking progressed to roller-skating, she always found a reason to stop me.

“Careful!” My mother yelled from a distance while I was buckling up my skates. I paused for a second, then continued. I really wanted to explore the neighborhood with my eagerly waiting friends.

My mother came over before I could finish lacing up my skates. “C’mon, we are going out to dinner tonight,” she said, and held my hand as she took me back home.

As a teen, I moved around a lot within China. Each move, each separation and relocation, focused my sense of “home.” My father was frequently away on business trips, and his constant separation from our family rendered my mother my only connection to home. Staying with her helped me maintain the sense of stability I had grown accustomed to.

Eventually, we followed my dad to the United States. The strict procedures of obtaining a U.S. medical degree prevented my mother from practicing as a psychiatrist. The degrees she obtained from Chinese universities were rarely recognized by hiring managers.

My mom always believed that if you followed a stable path—go to school and get good grades—your hard work would pay off. But now, rather than relying on her expertise to get a job, she had to network. Networking requires the courage to speak up and ask for help, and at that point, my mom did not have that courage. After a disappointing job search process, she began to believe that courage was just as powerful as the traditional path of academic success. And so courage replaced stability as her barometer of success.

Her praises of my academic success were replaced with criticism that I was not experimental enough, labeling my lack of “courage” as my biggest character deficit. Her critiques failed to alter my behavior, but they made me question my own desire for stability.

My mother painted a clear dichotomy between stability and courage. But my rational side always doubted and challenged this distinction. I consistently rejected risky choices out of self-preservation, but I also stepped out of my comfort zone to try playing volleyball and golf. Maybe stability and courage could coexist. But my mother didn’t accept this.

Once I went to college just 20 minutes away, this tension manifested itself in my mom’s texts begging me to come home. My affinity for stability compelled me to go, but I never enjoyed my stays. And no matter how often I stepped out of my comfort zone, if I couldn’t resist my mother’s demands, did I have any courage at all?

During a recent weekend home, I realized I had to find a way to release myself from the negative feedback cycle that began with my mother’s critique and ended with my lowered self-esteem. To do so, I increased my alone time.

One night, on our way out to dinner, I leaned against the doorway until my mother finished putting on her winter jacket. Judging by her moving lips and furrowed eyebrows, she had said something. My earbuds, however, blocked her words—mostly. In between songs, I heard my mother’s complaints about my behavior, an unwelcome interruption from The Greatest Showman soundtrack.

At dinner I took off my headphones, per my mother’s request, but I decided to keep my phone out as a sort of separation and distraction from my mother. This invited such critiques as, “Why are you so obsessed with your phone? Talk to me. This isn’t what a family should be like.” But I didn’t care.

By distancing myself from my mother’s critiques during my subsequent visits home, I could finally sort through the clouds of confusion she had inspired. I listened to motivational songs that helped me process formative past experiences. I took afternoon strolls to clear my head. I decided that stability and courage are not contradictory at all; my life has been a mix of both experiences. I no longer felt any guilt desiring stability and possessing courage at the same time.

We finally had a relationship without constant conflict. However, the deliberate distance I’d orchestrated between myself and my mother had eroded that relationship. Even though I couldn’t forgive my mother for her critiques, I felt that we needed another attempt at resolution.

I sat her down for a calm, rational, and effective conversation. My mother’s reaction wasn’t vastly different from our previous conversations, but my impression of her words had markedly changed. Although she continued to criticize me for lacking courage, and at one point refused to speak, the time that I had spent alone made it so my mother’s distractions and critiques no longer infuriated me.

I noticed her comments were rooted in a tendency to expel negativity that had resulted from years of holding a grudge. When our family relocated to the U.S., her transition from a professional to a housewife was physically and mentally taxing. My father and I had long ignored the tremendous pressure she suffered. As a result, she became increasingly quick-tempered and resentful of us.

Whenever she was furious, she’d repeat this line with a tone of indignation: “I used to have a career before I moved to the U.S. and became a housewife.”

“I sacrificed everything for you,” she would say.

Over the years, she has tried to stop her grudge from intervening in our relationship. Yet, she cannot forgive me for sabotaging her career, just as I cannot forgive her for scarring my personality.

But while the pain still haunts our relationship, the foundation of love persists. From her, I have a home, a sense of stability, to which I can return every weekend as I choose. I have embraced my love for stability, and I’m proud of the ways I exhibit courage in my life. Now I can fully bathe in the stress-relieving environment of my home without second-guessing myself. I enjoy my stay, my cat, and of course, my mom. 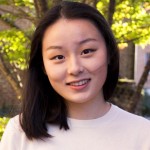 Christine Sun
is a freshman in the School of Foreign Service. She listens to musicals while she procrastinates and spends a regrettable amount of money on caffeine and cat toys. 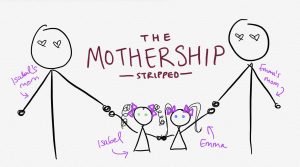