Bambi (1942). The Lion King (1994). Kung Fu Panda (2008). Everybody loves a good animal film, and we at Halftime always have a lot to say about our favorite movies. Here are some of our writers’ takes on the most iconic works of cinema to feature furry (or scaly) stars!

Sky: “Once again, my life has been saved…by the miracle…of lasagna.” More iconic words have not been spoken since 2004, when Garfield: The Movie was released. This live-action rendition of the “Garfield” comic strip follows the titular orange cat as he annoys his owner John and is forced to deal with Odie, John’s newly adopted dog. I find that the older I get, the more I relate to Garfield: his judgmental, yet humorous commentary, his confusion at Odie inexhaustibly chasing his own tail, his desire to just lie in a pile of lasagna forever. This movie also has some pretty intense action scenes. I don’t want to give away too much, but, basically, Garfield invented traying. Garfield: The Movie has a 15% on Rotten Tomatoes because critics have no respect for actual art or my childhood. So don’t listen to them. It may not be the most heartwarming film, or have the most insightful commentary, but, it is ultimately a story about friendship. And, there was just something about seeing pudgy CGI Garfield groove to “I Feel Good” by James Brown that made my four-year-old heart (and, if I’m being honest, current 18-year-old heart) fill with joy.

Nicole: Shark Tale (2004) is a fever dream of a movie, like something you imagined as a child and can’t fully comprehend actually existing. Not only did it exist, but it also made almost $400 million dollars against a $75 million dollar budget. Yeah, it did that. The film follows the journey of a fish named Oscar (Will Smith), who craves the life of the rich and famous. As he journeys from working at the Whale Wash to becoming known as the “Sharkslayer,” he gets entangled with a vegetarian shark named Lenny (Jack Black) and his father Don Edward Lino (Robert De Niro). Shark Tale truly has it all: Sykes, a nervous pufferfish (Martin Scorsese), and the comical jellyfish duo Ernie (Ziggy Marley) and Bernie (Doug E. Doug). They even managed to sexualize a fish—yes, Angelina Jolie voices the weirdly attractive Lola. Shark Tale is a poignant reflection on class and celebrity culture. Our world is better off thanks to its existence.

Anna: Let’s talk about Planet Earth. Now for those who haven’t seen any Planet Earth before (first and foremost, shame on you), this isn’t your typical animated show with talking mammals. Nope, this is a cinematic masterpiece for all to marvel at (not only those enjoying initiative 71). Planet Earth, now in its second season, is a beautiful compilation of all things on this Earth. My personal favorite clip is the mating fight between elephant seals (known for their exceptionally lengthy noses)—those bad boys really go at each other. Not only is Planet Earth the best conversation starter (did you know that there is a fish at the bottom of the ocean that has CLEAR eyes? Yes, you can see through their eyeballs!), but it also just has genuinely amazing cinematography. As much as I love a good animated penguin, there is something about seeing an IRL chase of a penguin in the arctic swimming for his/her (their?? Can penguins be gender fluid?) life while being chased by a giant shark. Is my fear of sharks largely in part to Planet Earth? Yes, but despite this small fact Planet Earth still forever has my heat. Live, love, Planet Earth.

Sam: Although there are many masterpieces featuring lovable animals, Homeward Bound: The Incredible Journey (1993) is by far my favorite. This heartwarming movie follows two dogs, Shadow (Don Ameche) and Chance (Michael J. Fox), and a cat appropriately named Sassy (Sally Field) as they venture hundreds of miles to find their way home. While traversing miles of wilderness they encounter many dangers, including waterfalls, catamounts, and porcupines. Despite the obstacles, they persevere and encounter many helpful humans along the way. Disney animal movies from The Aristocats (1970) to Air Bud (1997), and all the subsequent sequels, are some of the most memorable movies from my childhood. The one that stands out the most, however, is Homeward Bound thanks to its lovable characters, hilarity, and moments of heartache. This movie left such an impression on me that when I watched Back to the Future (1985) for the first time, I heard Marty McFly speak and said: “Hey Mom, isn’t that the voice of the black and white dog from Homeward Bound?” Because of course, Michael J Fox is most known for his portrayal of a dog named Chance. Although there have been many amazing feats of animal animation in recent years, I will never forget the old classic that is Homeward Bound: The Incredible Journey.

Emma: Ratatouille (2007) is a cinematic masterpiece. It’s a beautiful, tear-jerking film about love, friendship, and growing up…all told from the perspective of a rat. However, you soon learn that he’s not just any rat. He’s a culinary genius!! Who would’ve thought?! We see Remy’s (Patton Oswalt) struggles with his dismissive father and brother, both of whom have priorities which are more in line with the common rat. Remy’s special, and he brings magic to the already romantic, hopeful animation of Paris. The soundtrack is gorgeous too, and you’ll feel like you’re in the movie among the chefs at the restaurant. You’ll find yourself lost in not only trepidation with keeping Remy and Linguini’s collaboration a secret, but also admiration at the ambience the animators create. The characters develop alongside one another, and the food and city come alive. This movie always brings me back to my childhood (when I still wanted to believe that rats are actually little beings with secret talents and aren’t just dirty rodents). Now tell me you don’t want to eat a nice big bowl of ratatouille after reading this! 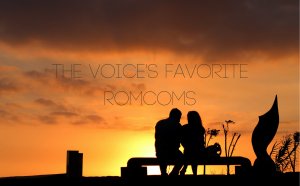 All the Songs from Ratatouille the Musical Ranked