On the Record: President DeGioia on Title IX, the GU272, and more 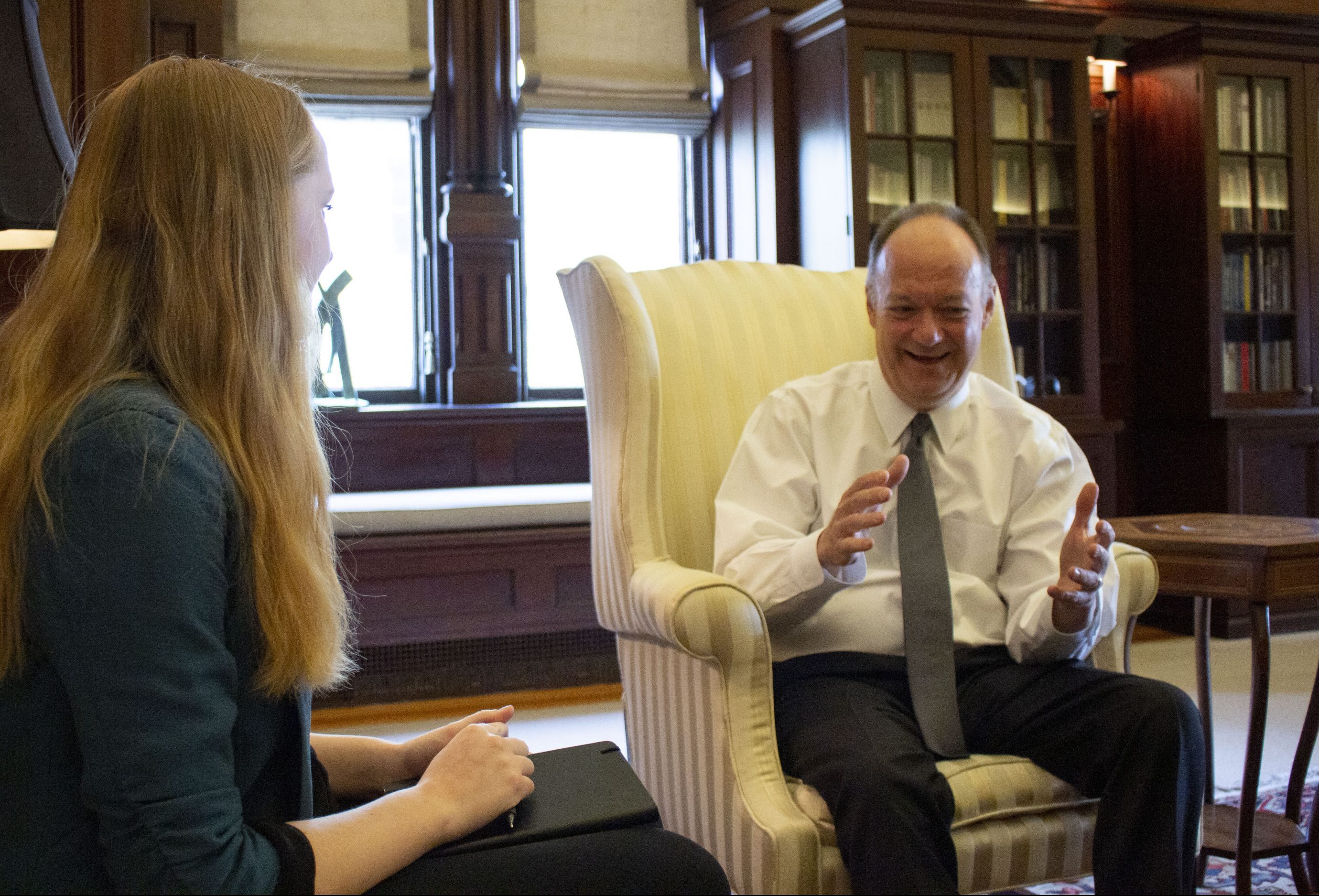 Former editor-in-chief of the Voice, Margaret Gach (SFS ’19) sat down with Georgetown University President John DeGioia (COL ’79) to discuss the biggest campus news of the past academic year. Use the table of contents below to skip to a specific topic. This interview has been edited for length and clarity.

Georgetown revoked former cardinal and archbishop of D.C. Theodore McCarrick’s 2004 honorary degree on Feb. 19. The decision came after allegations of sexual abuse against him caused the Vatican to remove McCarrick from the priesthood on Feb. 16. These allegations first became public in July 2018, and student activists, the editorial boards of the Voice and The Hoya, and the GUSA Senate called for the university to revoke his degree throughout the fall 2018 semester. Read our full report here.

Margaret Gach: I thought we would start with an issue that came up in the summer, honorary degrees, and we heard from a lot of students coming in [to the fall semester] that they were frustrated not only that the university was not deciding to revoke McCarrick’s degree but also that they didn’t know what the standards were for the discussions [around the revocation]. So I was wondering why it took so long to use his name, or communicate to students what the university was discussing around these degrees?

John DeGioia: There should be no surprise they were unclear with what the standards were because we’ve never rescinded an honorary degree before, and we didn’t have a framework for that. Fundamentally, the honorary degree process is a responsibility of the board of directors, so we put together a working group of the board, and they’ve been working over the course of this year.

As it relates to Cardinal McCarrick, it was an honor. The standard for urgency for me often is, “Is there an immediate threat to the security of the community?” There was not, and recognizing that there was going to be a Vatican adjudication process, it was my judgement that it would be best to allow that to go all the way through. 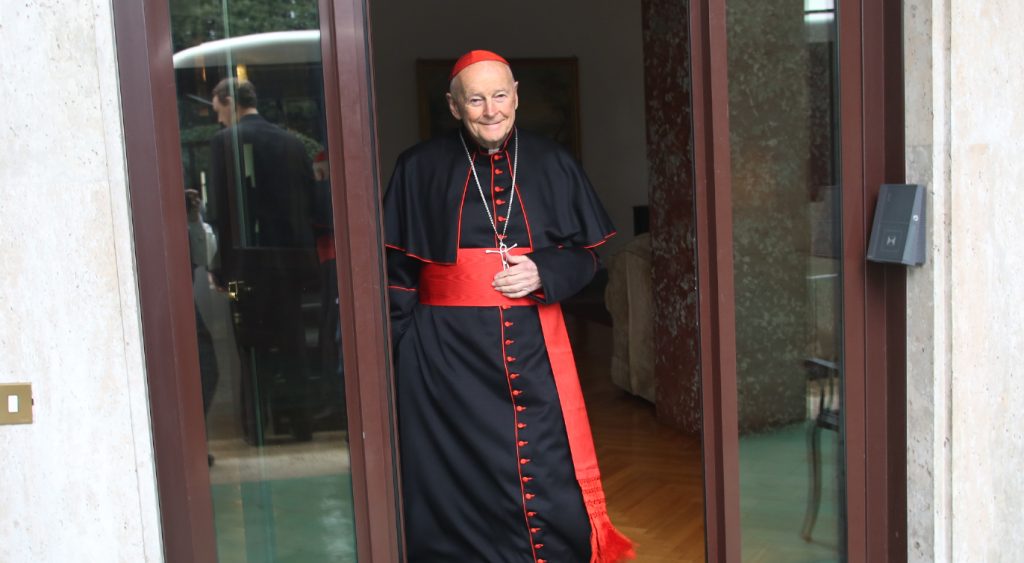 MG: I think a lot of students were frustrated that they were seeing these other Catholic universities [rescind his degree]—

JD: Yes, some did. Some did it immediately, and I thought that was perhaps the specific community. I wasn’t certain why they were moving so quickly because it’s about an honor. I don’t think it should go without saying that we weren’t the only one who waited until the Vatican process was over, and the other was Notre Dame. We did have some communication with some of our Catholic student leaders during this process and arranged with them to have communication with our board committee over it. So we were attentive and aware.

This year, the conversation around sexual assault on campus has remained at the front of students’ minds. The former GUSA executive resigned in the second week of classes amongst sexual assault accusations (allegations that the Voice has not been able to confirm). A group of students also delivered a letter to the president’s office on Aug. 31, 2018, raising concern that the Title IX office had no full-time coordinator after the previous coordinator left in June 2018. The position has not yet been filled.

MG: Bringing it more onto the personal level on campus, what is the university’s right now top priority for addressing sexual assault on campus?

MG: Along those lines, and also on the theme of transparency and communication to students, what would you say to students who are frustrated that the Title IX coordinator position has not been filled yet?

JD: [The process] is close to closure. And I think the committee has identified the lead candidate and they’re doing the background, and I expect that will be announced. And I would say two things: Number one, we have in Sam Berner an outstanding interim [coordinator], and she was our lead investigator, she’s done a superb job all year.

I’d say the second thing is it’s not unusual that it would take this long in a search in an academic community to be able to accomplish what we’re going after. We want the strongest possible leader. We had superb leadership, we were sorry to lose it, we want to ensure that we sustain that quality of leadership.

Former Georgetown men’s and women’s tennis coach Gordon Ernst and the parents of four accepted Georgetown students were among the 50 people indicted in the nationwide college admissions scandal. Following an internal investigation into his recruiting practices, Ernst resigned from Georgetown in June 2018, two months before taking a job at the University of Rhode Island. The scandal that grabbed the nation’s attention also re-opened conversations on campus about the role of affluence in elite university admissions, especially Georgetown.

MG: Switching topics completely, as you may have heard, there’s been a little bit of a scandal when it comes to college admissions and Georgetown—

MG: So not necessarily asking about Gordon Ernsts’ case, but more broadly on the theme of wealth and admissions, one of the conversations that’s come up a lot around this is what are the advantages and disadvantages of a legacy system?

JD: Well I think for Georgetown, we’ve been pretty clear over the years, we do take “legacy”—and I’ll put quotes around it—we take it seriously. If your parent is a member of our faculty, a member of our staff, or if your family has had a long-term, enduring relationship with the university, we do look carefully at your candidacy. You might remember in September of 2016 when we presented the report of the Working Group on Slavery, Memory, and Reconciliation, I also indicated that we would regard the families of the descendants in the same way that we regard the children of faculty, staff, and those with a deep and enduring relationship.

We try to get a balance, and there’s a higher admit rates [for legacy students], but it’s not disproportionately higher. It usually hovers about 7 to 8 percent in terms of, quote, “legacy status.” So I think we strive for a real balance here, in terms of being respectful to families that have had multiple generations or inter-generational relationship with the institution, but it’s not disproportionate in any way. We’ll likely have some pretty important conversations in the coming years about admissions to institutions like Georgetown.

A referendum to recommend the creation of a reconciliation fund to benefit descendants of people enslaved by Georgetown University was passed by the student body on April 12. If accepted by the university board of directors, the proposal would establish a $27.20 fee collected from students each semester to be used to benefit the descendants of the 272 slaves sold by Georgetown in 1838 in order to keep the university afloat. This interview was conducted before the results of the referendum were published.

MG: Speaking of the GU272, right now students are voting on a referendum to create a reconciliation fund. So I was wondering how do you look at the idea that the university has responsibility to financially support [the descendants]?

JD: The most important thing I could ask you to look at is on September 1, 2016, we presented the report of the Working Group on Slavery, Memory, and Reconciliation, and I gave a rather extended talk that day. I do believe we have a continuing responsibility, but I believe our responsibility is to address the enduring legacy of slavery and subsequent segregation in our country. We have a continuing responsibility as a university, as a nation to address the impact today of that original failure.

What we’ve tried to do is put the resources of this university at work at trying to address those effects today. And an example or two of the work we’re doing right now across the city is addressing health disparities. Christopher King in our school of Nursing and Health Studies, did the study on health disparities in Washington and we have the Center [of Excellence] for Health Disparities run by Lucille Adams-Campbell, one of the leading scholars in the field. 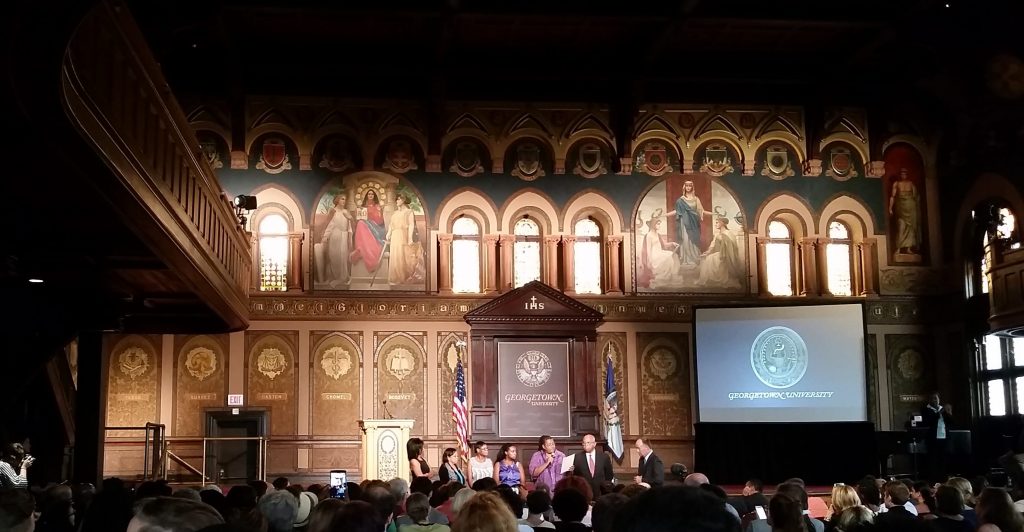 Similarly, we’ve really put a good deal of work into criminal justice reform, and a few weeks ago, we premiered a film here—excerpts of a film—that will be on PBS in November about the Bard College prison education system. We’ve learned from them and we have our own version, we had the leaders of Bard and those who produced the film and then we had four members of our community. But we also have a pivot education program we are doing with returning citizens for formerly incarcerated citizens who are now here. We had Brian Ferguson (C ’18) who graduated a year ago. Brian was wrongfully imprisoned for 11 years before he was released, and now he’ll go this fall on a Marshall Scholarship to England.

In 2017, Georgetown entered into a power purchase agreement with Origis Energy to construct a 249 acre solar installation in La Plata, Maryland. The installation’s completion, however, will require a large part of the property to be cleared of trees. Over the past few months, La Plata locals and Georgetown students have criticized the project because of its potential negative ecological impacts and also how it would affect the native Piscataway people’s history in the area.

MG: Let’s jump ahead to something more off-campus: solar panels. How are you taking into consideration opposition from local residents and students when it comes to cutting down forests versus building solar panels?

JD: We’re taking it very seriously. We were surprised by it. We entered into a power purchase agreement with a well-established, veteran firm in the field of solar energy. And we viewed this to be a responsible way for us to move toward reducing our carbon footprint rather significantly. And we were moving along until I got one letter, then another letter, and another letter, and another letter. They came over time, beginning in early winter. And it was a surprise and a bit of a disappointment because we’re purchasing 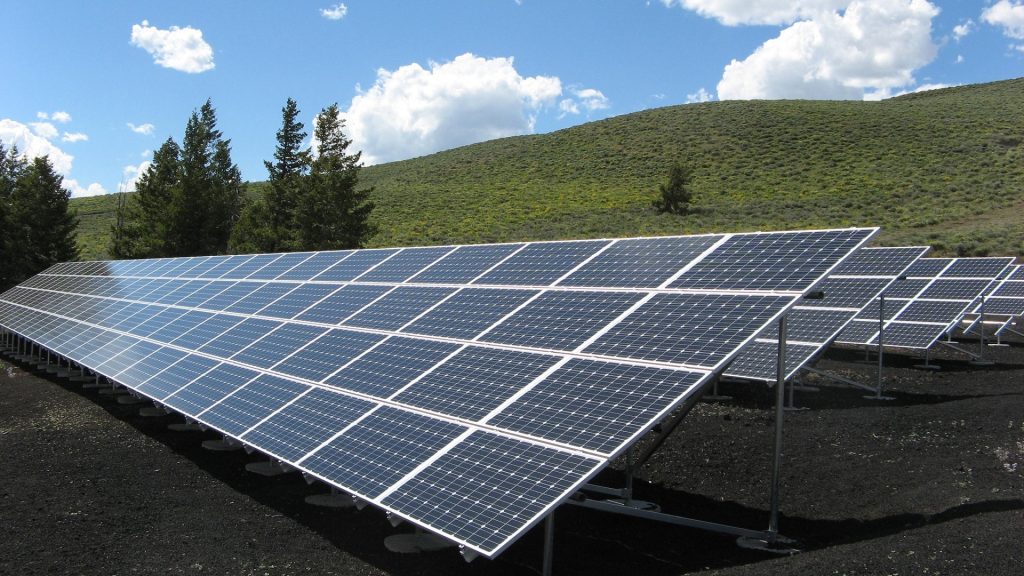 the power from a company that’s building a solar farm in this location.

So we’re doing our own environmental assessment right now, we expect that due back to us any day. But fundamentally the project is subject to the regulatory review of the state of Maryland and is the project of this firm. So we’re trying to figure out the most appropriate way to proceed. No one argues about building the solar field, it’s just they don’t like it on this particular site. And so we’re trying to sort it out.

This was just for fun.

MG: This is a question we ask all of our incoming news assistants and all GUSA executive candidates, so you’re not the first one to be asked, but if you could get a tattoo of any administrator, who would it be?

JD: —that would be my tattoo. And truly, I thought of that in that moment. I’ll have to tell her when I get home. I’m not a tattoo person—

MG: I didn’t expect you to be.

More: Campus News, DeGioia, on the record, Year in Review 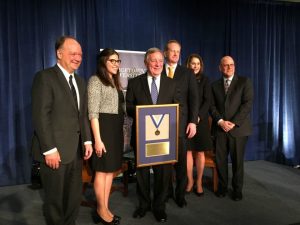