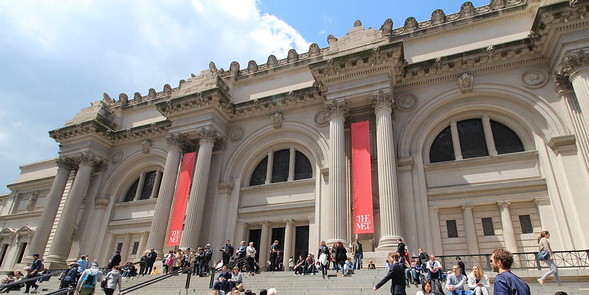 In the days leading up to the 2019 Met Gala, expectations were high. Though the gala is known for its unique themes and outlandish outfits, this year’s theme, “Camp: Notes on Fashion,” proved incredibly hard to articulate. Numerous articles preceding the gala tried to explain what camp is. The cornerstone essay on camp, Susan Sontag’s “Notes on Camp” defines camp as a sensibility that treats serious things as frivolous, and vice versa. A Vox article points to Oscar Wilde as its origin and establishes a litmus test on camp by asking, “Would Oscar Wilde react to this with delight, delighted contempt, or only pure contempt? If it’s one of the first two, you’re golden.” In more concrete terms, camp embraces artificiality and garishness, and often comes across as a bit off.

At the gala, there was no shortage of out-of-the-box looks. Taking inspiration from Pablo Picasso, Janelle Monáe wore a dress that resembled a fragmented face. A considerable amount of engineering went into Monáe’s look. For instance, her dress featured a motorized blinking eye courtesy of Smooth Technology.

In a night full of dramatic entrances, Billy Porter arguably had the most dramatic. Carried into the gala by six men, Porter was covered head to toe in a gold jumpsuit, complete with a winglike cape and headpiece. Undoubtedly the campiest look of the night, what really sent this look over the top was how seriously Porter took himself; he seemed godlike, above it all.

Lady Gaga’s similarly extravagant entrance also embodied the idea of camp. Her entrance involved changing from an enormous pink gown into an oversized black dress, then a pink evening gown, and finally to bedazzled lingerie. Despite her over-the-top appearance, the way she parodied fashion and red-carpet events was actually fairly subtle, as Vanessa Friedman of The New York Times points out.

Most other celebrities, however, failed to match the theme. Although the pink carpet was filled with incredibly outlandish looks, many responded to the theme of camp in very predictable, similar ways. The consensus among the attendees was that camp means large headpieces, fluorescent colors, and lots of feathers. Despite the flashiness of the looks, many of them fell flat, especially in comparison to those from previous galas. For example, although the Jenners’ dresses were eye-catching, it’s not clear how they fit the theme. Thinking back to the 2018 Met Gala, with the theme “Heavenly Bodies: Fashion and the Catholic Imagination,” many of the outfits were a lot more memorable and original. Honestly, some of the looks from the 2018 Met Gala embodied camp better than many looks from this year. For example, Rihanna dressing as a bedazzled pope is peak camp: treating high art with triviality.

In all, there were a couple stand-outs, but the outfits were largely uninspired when compared to previous years. With a theme that demands its attendees be subversive, the only unforgivable error is following tired tropes. 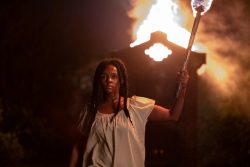