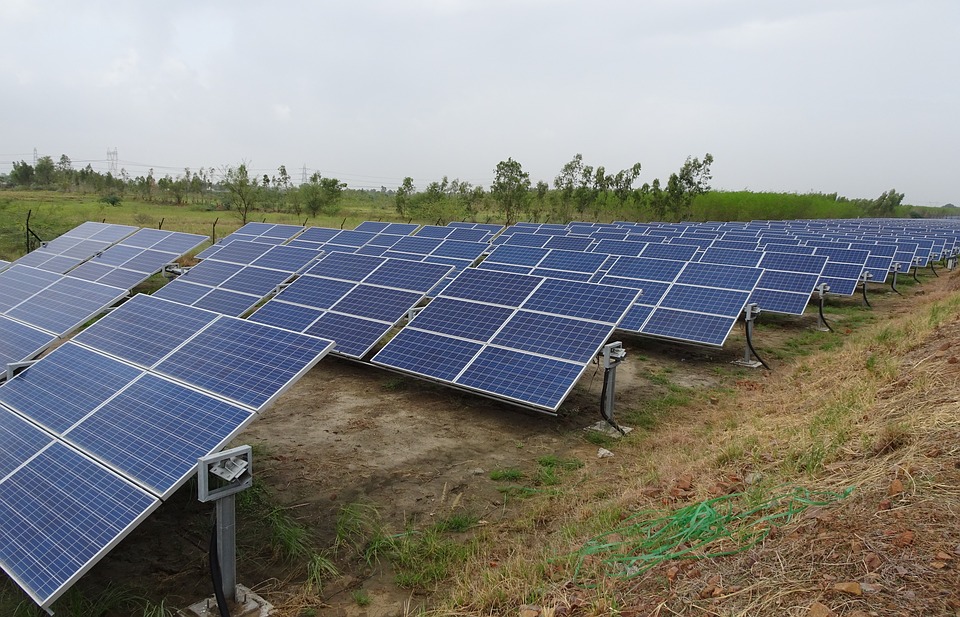 The Maryland Department of the Environment (MDE) denied MD Solar 1’s application for a Wetlands and Waterways Permit for their proposed solar installation in La Plata, Maryland, which would have provided solar power to Georgetown, on Wednesday. The project, first announced in September 2017, would have satisfied almost half of Georgetown’s energy needs but faced resistance from local environmental groups because it would have required the clearcutting of over 200 acres of forest.

MDE made its ruling on the basis that they felt the local, long-term economic impact of the project in terms of jobs and revenue for the state would be minimal, that the land where the project would go was important to the local Piscataway Conoy Tribe, and that a long list of environmental and conservation groups believe the existing forest is of high value to humans and animals. “In short, MDE does not consider this project to be ‘necessary’ for economic or social development in this area,” the ruling read. “Thus, water quality degradation is not justified.”

A spokesperson for Origis Energy, the parent company which MD Solar is a subsidiary of, told the Voice that they did not have a comment to provide at this time.

These “ambitious sustainability goals” include the university’s pledge to reduce its greenhouse gas emissions in 2006 by 50 percent by 2020. According to its website, the university met this goal in 2014 by procuring renewable energy credits for 100 percent of its power, but the La Plata installation would have further increased its emissions numbers.

MD Solar submitted the application for a nontidal wetlands and waterways permit for the La Plata project in October 2018, because two Tier II streams, waterways classified by the state as exceeding minimum quality standards, cross the property where the project was to be constructed. These streams eventually run into Nanjemoy Creek, which then joins the Potomac River and the Chesapeake Bay. Conservation groups were concerned that cutting down trees for the installation would lead to runoff and erosion impacts downstream, as well as a general degradation of water quality.

On the MDE’s webpage for the project, where public documents relating to it are displayed, they wrote that their monitoring of the streams had shown declines in water quality over the past three years. “The data indicate that Wards Run 1 has experienced degradation in water quality such that any additional loss of assimilative capacity must be justified as necessary for important socioeconomic reasons,” the website reads.

MD Solar was asked to submit a social and economic justification document to rationalize any additional loss in water quality by highlighting the benefits that might come from the project. The document they produced was publicly posted on Aug. 9, and in it they argue that the project would provide economic and ecological benefits to the surrounding area. The document outlines how a solar installation is “an environmentally sensitive and gentle use of land,” and would bring $13.9 million in construction expenditures to the local economy and creating around 146 jobs. They also emphasize that the carbon emission savings created by the installation generating electricity from sunlight and not coal or natural gas, would far outweigh the carbon the removed trees would have been able to absorb.

In its decision, the MDE pointed to MD Solar’s own projection that the long-term maintenance of the facility, post construction, will only employ four people, and that estimated income tax revenue in the long-term would be $6,000 annually.

Part of the permit application process was two public hearings, the first held in February, and a second held in May as a continuation of the first hearing, to accommodate the large volume of people who wished to comment on the project. During the first hearing, members of local native tribes publicly expressed their concerns about the historical and cultural importance of the land to the Piscataway people.

The majority of commenters spoke against the project for the negative ecological impacts caused by tree removal. Beyond the runoff and erosion concerns, the forest is also listed as part of an Important Bird Area by the Maryland Audubon Society for the number and variety of birds found there. The Maryland Department of Natural Resources considers the area to be of high ecological value.

The GUSA Executive wrote in a statement to the Voice that the Francis Jr.-Olvera administration supports the efforts of those who opposed the project, while also recognizing the complexity of the situation. “While we are supportive of Georgetown University’s commitment to sustainable development and clean energy, we believe that clean energy projects such as the proposed MD solar farm must be clean all the way through,” the statement read. “This includes ensuring proper accountability and engagement for all stakeholders and affected communities, as well as minimizing associated environmental costs.”

In an interview with the Voice conducted the day before the MDE announced its ruling, university president John DeGioia said that the university knew it would need to increase its use of solar power as a part of lowering its carbon emissions and meeting its long-term goals. Georgetown entered into a power purchase agreement, where the university would commit to buying power from Origis at a guaranteed rate for a 20-year term, with those goals in mind.

“Where they chose to build that solar farm is the context where we now find ourselves in a battle between Origis and some local advocates that we weren’t anticipating because we just were buying solar power,” DeGioia said. “But we’re in it, so we’re engaging in it.”

According to DeGioia, this engagement included engaging with faculty who specialize in environmental sustainability, arranging for the principals of the project to meet with student leaders, and bringing in a third party environmental assessment firm to examine the costs and benefits of the project in the proposed location.

A petition was circulated in June amongst graduates and undergraduates to have the university release the environmental impact assessment so that students could examine the results and formulate their own opinions on the merits of the project. The petition collected more than 100 signatures. “The Georgetown community deserves the right to collectively decide whether the rewards of buying renewable energy outweigh environmental concerns that have been raised,” the petition read.

A university spokesperson told the Voice that representatives from Origis and the university’s facilities office met with GUSA leaders this month to discuss the report and answer questions they had about the project, but that the report is not expected to be public.

GUSA Sustainability Chair Rowlie Flores (COL ’22) confirmed in an email to the Voice that he had met with Origis and university officials over the summer, as well as some of the activists opposing the project. Flores, who started the petition to get the environmental impact assessment released, wrote that making the assessment public was the focus of his first meeting.

“I formed an interest in asking about the specifics of the contract such as any alternative locations that Origis may have considered for this project and the contract deadline in general,” Flores wrote. “Due to the complexity and a confidentiality agreement that Georgetown signed, the university is not able to release any significant details about the project. After all, the solar project is Origis’ project, not Georgetown’s.”

Flores also added that GUSA supports those who opposed the project, and the university’s efforts to decrease its emissions but believes that those efforts must coincide with the protection of natural resources. “Such efforts must be undertaken in a fashion that preserves endangered species, protects the environment and water sources, and respects indigenous tribes such as the Piscataway-Canoy tribe of southern Maryland,” Flores wrote.

MD Solar has the ability to petition the Circuit Court for Charles County for judicial review until Sept. 27, 30 days after the ruling was released.