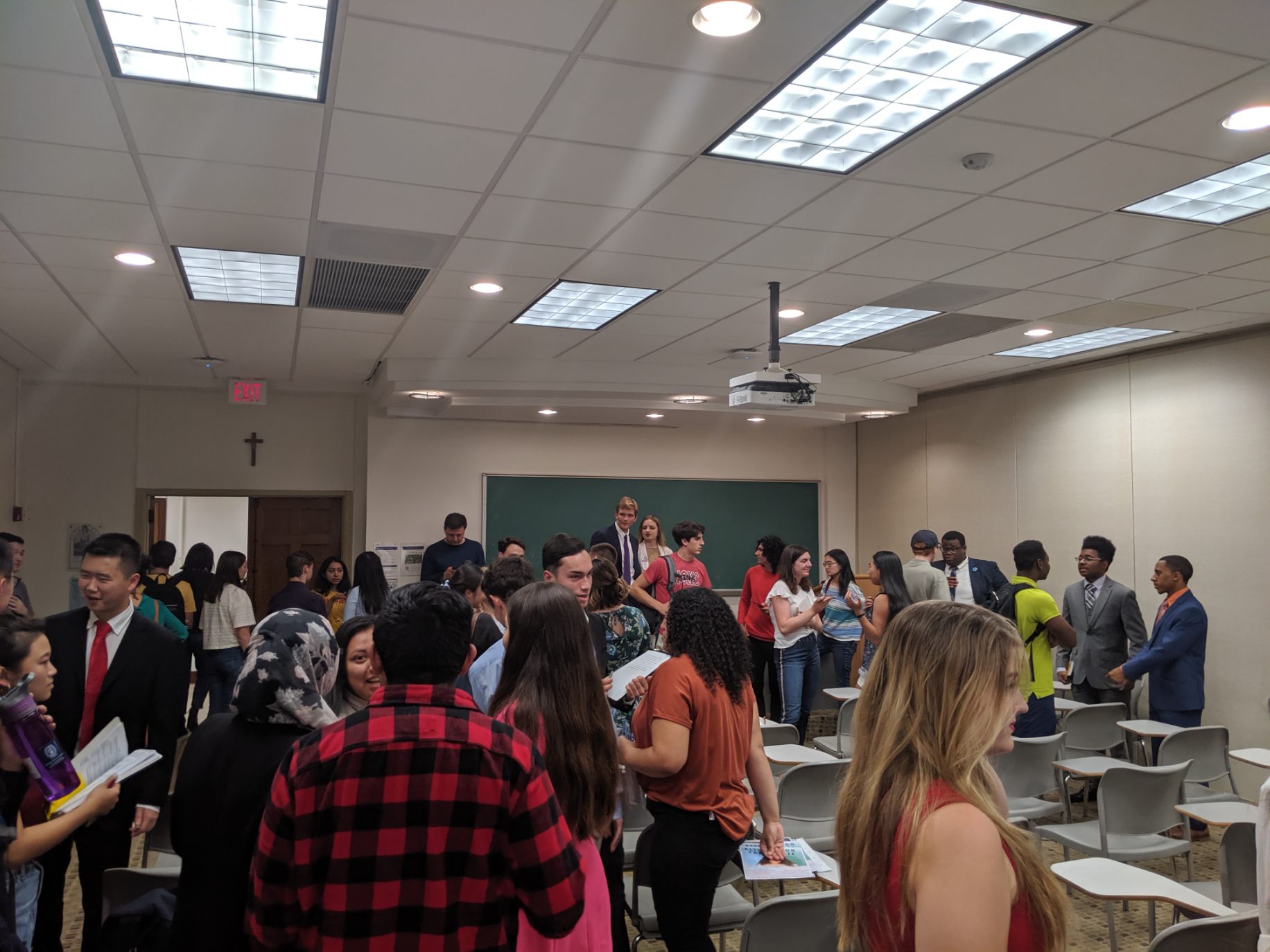 The GUSA Election Commission hosted a town hall on Sunday for candidates to both present their platforms and speak with constituents before Wednesday’s elections. Some of the most common issues featured on candidate platforms were dining options, facilities maintenance, diversity, access to feminine hygiene products, representation of marginalized groups on campus, and effectiveness of GUSA.

Twenty-two freshman candidates will compete for seven class of 2023 seats in the Senate, while five sophomores will run for four at-large positions on Wednesday. There is one open seat for the class of 2020, with one candidate running unopposed.

The diversity of candidates for freshman Senate is notable, as seven people petitioned to be on the ballot after the filing period closed. Entry for these candidates was contingent on the candidates obtaining a 100-signature petition.

One of these students, Alisa Colon (COL ’23), said she and others felt supported in their decision to run, especially after the results of last year’s elections. “There was a small group of women, especially women of color, who said, ‘Hey, if you’re interested in running in the Senate and diversifying GUSA, you should come here,’” Colon said. “They were all just so supportive, and that made me feel that, even in that small group of people that gathered together for a second, that there was something worthwhile, something worth changing.”

Zahra Wakilzada (COL ’23) also announced her candidacy during the later window. She feels GUSA, in addition to representing the student body, can provide helpful experience for students aspiring to careers in government and politics.

“I feel like it’s truly inspiring to see all of these young advocates who are running, especially so many of us want to get involved with government in the future, Wakilzada said. “I think it’s a great platform to start with and have experience.”

According to several candidates, GUSA elections allow students to elect peer representatives to work for change within their community, which Eric Lipka (COL ’23), a Senate candidate, believes is essential.

“I think it’s so important that we engage youth in student community, really engage in the democratic process,” Lipka said. “So, even if you do it at a local level, as in GUSA, and really work to affect positive change I think that’s a really great thing to do, so I’m happy to be a part of that. And hopefully, the entire student body will partake in voting and using their voice.”

As a potential voter, Gabe Gerstel (SFS ’23), said that he found the event to be incredibly valuable. “I saw so many social media posts and flyers around campus,” he said. “But there’s no better way to get to know the viability of a candidate than by hearing them speak and seeing their personality and what they stand for.”

Voting for the GUSA Senate election closes at Wednesday night, and results will be announced Thursday morning.

Roman Peregrino contributed to this reporting. 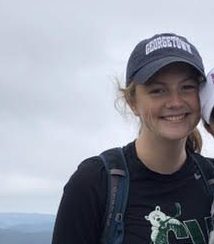 Eleanor Miskovsky
Eleanor Miskovsky is a news staff writer for The Voice. She is a Biology major hoping to minor in French, and she enjoys reading as well as spending time outside— hiking, running, and playing fetch with her dog, Skip.