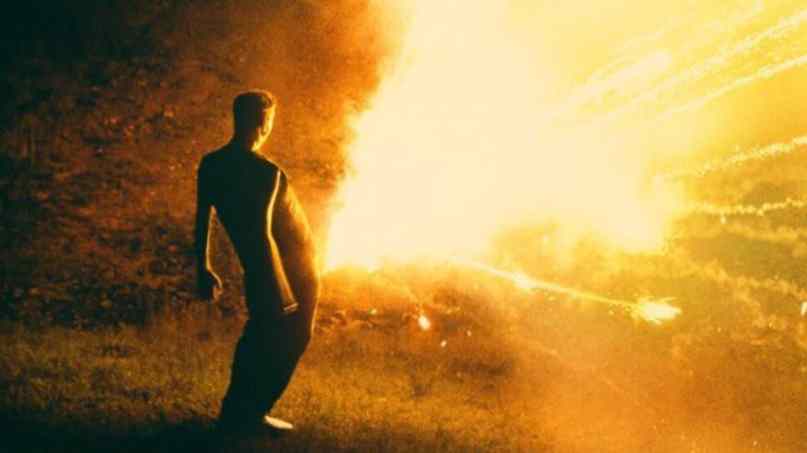 Watching The Death of Dick Long (2019) is like looking both ways before crossing the street and then getting run over by a Lime scooter. To an outsider, it’s hilarious. Who wouldn’t want to see someone absolutely trucked by a rentable scooter? But to the unfortunate soul who just got run over (in this case, me), it’s cause for a slight re-evaluation of life. This is one of those films that makes you critically reassess your perception of family, friendship, and justice in the best way possible. The Death of Dick Long carefully balances comedy and tension with an extremely bizarre twist.

“Hey, y’all motherfuckers wanna get weird?” It’s an invitation, of sorts, into the chain of bad decisions that characterize this film. The opening scene depicts the main characters’ band, Pink Freud, at a late-night practice, which quickly devolves into a montage of drinking, smoking weed, and shooting off fireworks, among other things. Right as the sounds of fireworks,guns, and shouting voices compound into a haze of buzzing, the montage blacks out. We are now in a car. Two members of Pink Freud, Zeke Olsen (Michael Abbot) and Earl Wyeth (Andre Hyland), are trying to save the quickly bleeding out third, Dick Long (Daniel Sheinert). They unceremoniously dump his body outside of the ER, and just before leaving, Zeke grabs Dick’s wallet. This is Zeke’s biggest mistake. Unbeknownst to them, Dick died that night, and this strange take on a crime film is underway.

The charm lies in Zeke and Earl’s wit, or rather, lack thereof, in their botched cover-up attempt. Earl’s offhand remark, “I guess we didn’t totally think that one through,” could have been the catchphrase for the entire movie.  Yet, for the perceived heaviness of this film, it’s incredibly funny. The dark humor, displayed best through Zeke and Earl’s banter, adds levity to the heavy topic of covering up their friend’s death. Zeke and Earl aren’t smart and it’s painfully apparent from the get-go. But despite all of their stupidity and bad decisions, I still liked them. They’re each other’s best friends, but furthermore, they’re an authentic kind of outcast that so many films shy away from depicting.

Set in a small town in Alabama, The Death of Dick Long paints a nuanced representation of its southern characters. As a girl who’s spent eighteen of her nineteen years in Alabama, I’m used to the nowheresville representation of the deep south that so many films lean into. In his solo directorial debut, Daniel Scheinert instead uncannily transports me back into the many aspects of Alabama that I have forgotten: the omnipresent sound of cicadas, the slow drawl, the sound of tires on gravel roads. Sure, there are many overdone stereotypes (trailer parks, copious amounts of beer, exclusively flannel wardrobes), but their inclusion doesn’t feel malicious. Instead, all of the little stereotypes feed into the more endearing qualities of the characters, highlighting the empathetic link that Scheinert so beautifully creates. This film amounts to a deep dive into the art of cultural contextualization, which Scheinert completes with enviable ease.

Yet for all of the highlights of the film, I still found myself wondering when it would be over at many points in the viewing. There were two clear end points  I could see: when the audience knows how Dick died and when the friends are caught by the heroine of the story, Officer Dudley (Sarah Baker). However, both potential clocks for the story aren’t supplemented by any substantive subplots along the way. There are just two major, impending moments that the story should be working up to through smaller, meaningful plots. The trouble comes when those substantive scenes essential to the endings come and go unnoticed. All of these missed scenes of importance amounts to a somewhat meandering middle forty-five minutes of the hundred-minute endeavor. While the previously mentioned endings are somewhat fulfilling, one can’t help but feel that the film fell flat when the end credits rolled. The stakes that were established at the beginning of the story don’t have wholly satisfying payoffs and leaves the audience searching for a little more.

Upon retrospection and a lot of overthinking, I’ve dissected a meaning, possibly unintentional, behind this meandering. Investigations aren’t like NCIS and The Silence of the Lambs. There’s a lot of footwork and even more luck involved. This film doesn’t shy away from both of those truths. It makes the audience sit through the lives of the unintentional criminals and small town cops. While The Death of Dick Long could’ve easily been about two rednecks trying to outrun their stupidity, Scheinert evokes complexity in his endearing characters. Yes, the film is hilarious, and the payoffs may not be immediately rewarding. However, this film left me knowing that there is a different kind of justice outside of the law. I think that authenticity, that exploration into nontraditional endings, is what makes The Death of Dick Long worth seeing.

More: A24, The Death of Dick Long, Thriller 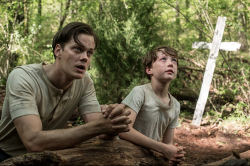