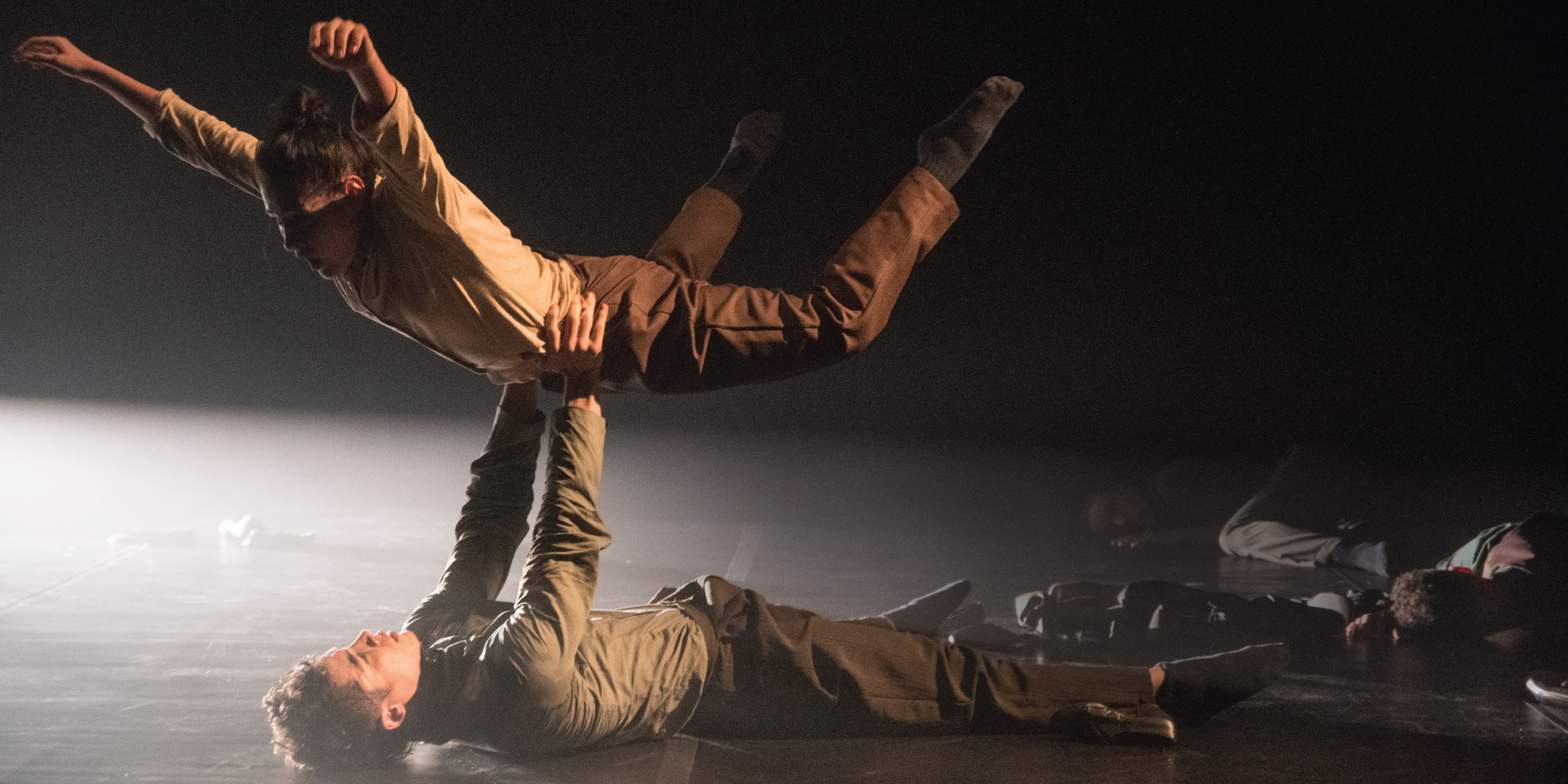 In complete silence, Roberta Bussoni and Marcio Jahú faced each other on the side of a half-lit stage. Their dance began with isolated arm movements, but it quickly evolved into powerful lifts and twists that took over the entire platform. There was no music, nothing but a hazy, black stage. As one of them fell, the sound of their feet hitting the ground echoed throughout the small venue. As yet another couple, Carolina de Sá and Cosme Gregory, took their spot to begin their own dance, the music finally kicked in, but that dream-like feeling lingered, leaving a sense of wonder at what unexpected element might come next.

And so began STILL REICH, a four-piece performance choreographed by Brazilian-born Alex Neoral and performed by the talented dancers of Focus Cia de Dança. Founded in 2000 in Rio de Janeiro, Focus Cia de Dança has a repertoire of over a dozen pieces and has performed hundreds of times in Brazil and abroad. On the weekend of Oct. 12 and 13, Washington got to experience their latest showcase at Dance Place.

Each piece was accompanied by the music of Steve Reich, an American contemporary composer and the inspiration for the show’s title. Although the pieces were performed as separate segments instead of one continuous narrative, Reich’s music provided a shared base for all of them. In between pieces, audio from interviews done with Reich played in an empty stage lit by a simple, blue spotlight. Reich’s material not only provided the common ground for the show but also sharply marked the beginning and the end of something new.

The first piece, “Pathways,” featured the two aforementioned couples. In a dance full of impressive lifts, catches, and falls, it was nearly impossible not to hold my breath in anticipation of the next great gymnastic move. At one point, one of the dancers stood upright while the other held their leg from behind. The one upright began leaning further forward and forward. They stood at a nearly 45-degree angle with the stage, a perfect V-shape. Gravity didn’t seem to apply to them anymore.

If anything, STILL REICH excelled in its quiet moments of surreality, mainly achieved by the perfect blend of the company’s seven incredibly strong dancers and the hazy, small stage on which they performed. In no section was this more evident than the piece “Trilhas” (“Trails” in Portuguese). Featuring a total of five dancers, the piece had them coming on and off the stage continuously, running around, performing solos, and dancing in a group. However, even with all of this coming and going, it was impossible not to stop and notice particularly beautiful moments. In one instance, Marina Teixeira danced alone in a red fog. Later, Monique Marques, who started the dance by being held by her head, returned to that same position, only this time she freed herself, gracefully tumbled to the floor, and looked up into the spotlight. The music had already ended, and it was quiet enough that you could hear her heavy breaths. In moments like those, it felt like nothing else existed—nothing but the dancers and their stage.

This blank slate directly contrasted with the third piece, “Wood Steps,” which featured all seven dancers dropping dozens of shoes from their bags all at once, leaving them scattered across the stage throughout the performance. This, according to the program, was meant to serve as a metaphor for the nomadic life. More powerful than that was how the piece blended with Reich’s music. The interview clip preceding the segment featured Reich discussing a particular fast, tapping rhythm. When the dancers came onto the stage, they began mimicking that same beat, stomping the ground, making Reich’s music whole. The piece, although marked by its unconventional use of props, was by far the most successful in blending Reich’s music with the performance itself. In instances when the song featured prolonged, opera-like vowel sounds, dancers would look up, mouths open wide. Were they singing? Was it just the audio recording? It was impossible to tell as the audio and the dance seemingly became one.

The show closed with “Keta,” meaning “third” in Yoruba. Yoruba was one of the languages brought to Brazil from West Africa during the slave trade. Although not considered an official national language, some Yoruba terms are still used today in Afro-Brazilian religions like Candomblé, and recently it was even considered a heritage language in the state of Rio de Janeiro. These connections with Africa were also found in the music. “Drumming,” the song chosen for this number, was composed by Reich during a trip to Ghana. “Keta” stood out primarily for its costume design. While the other three pieces featured solid colors and relatively simple outfits, “Keta” had all of the dancers in high-waisted black pants and beaded choker necklaces. Again, the dancers returned to their impressive displays of strength, contortionism, and synchronicity. At that point, they had been dancing for a little over an hour, but there was no evidence of fatigue. Up until the very last second, they kept on going with their thrilling performance, occupying the stage with their sharp, precise movements.

“Keta” was also marked by one distinct moment, when all of the dancers went to the back of the stage and turned on bright, blinding lights, marking the edge of the floor. It was a small moment, not even taking up one-tenth of the choreography, but it felt like a distinct wake-up call. In the cozy Dance Place venue, with its misty air and blank, seemingly endless stage, it was easy to be captivated by the surreal feeling of the performance. The dancers in Focus Cia de Dança contributed to this effect, seemingly defying the laws of physics, gravity, and exhaustion. They made it easy to forget that this was a very human, physical performance.

That was perhaps the greatest beauty of STILL REICH: Even with the dancers, the stage, the music, and the lights blending at times, it was still marked by striking moments—and these moments lingered. For a second, it was possible to forget about the world outside and to just appreciate the wonderful spectacle. For a moment, it was possible to believe that the dance never had to end.