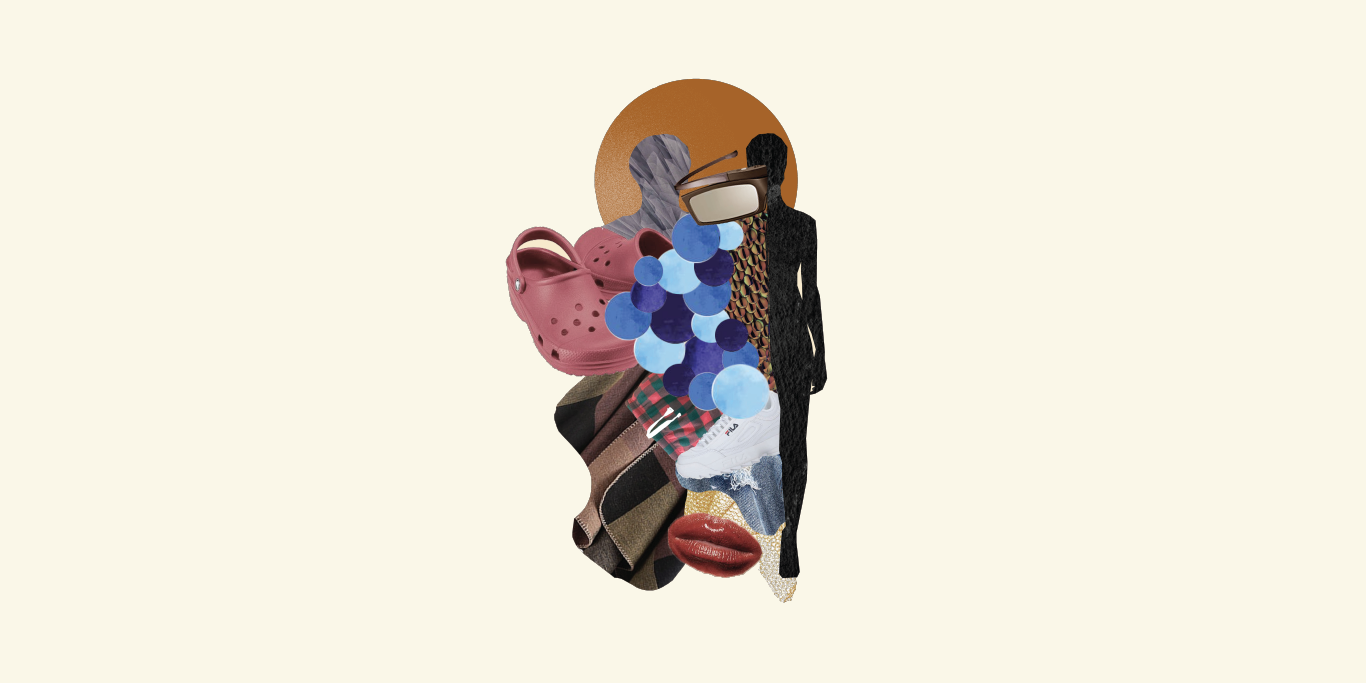 I don’t wear orange. Peach—perhaps; coral—risky; sienna—within consideration, but pure orange? The color of carrots and pumpkins, ubiquitous in autumnal decoration and street signage? Absolutely not.

To be clear, no trauma accompanies my orange-phobia. Rather, the conspicuous gap between red and yellow in my color-coordinated closet comes from a vague place of aesthetic criticism: simply put, I just don’t look good in orange. At some unidentified point, I took this up as fact and extinguished the color from my palate. When I encounter orange garments at retail stores, I label them as “ugly” and move on.

But what do I accomplish in assigning a label of ugliness to an otherwise joyful color? And what of ugliness itself, with its complex relationship to fashion, which is so often beauty-driven? Indeed, the clothes we wear are not separable from ideals of beauty: as aesthetic choices, daily outfits represent what falls within a socially permissible standard of beauty. I have spent countless hours of my life slowly eyeing my reflection to assess if I “look good” enough to leave the privacy of my room and subject myself to the critical eye of the public.

Of course, the interjection of new variables—affordability, environmental sustainability, practicality, comfort—have challenged the dominance of beauty as a factor in determining costume, especially with the rise of conscious consumerism. As the average college student, there are days where I feel enough lazy inertia that I leave my dorm in pajamas and a t-shirt because it is the easiest to do so. Yet, visual appeal perpetually runs through my morning mental calculus when deciding what to wear, even if it is something I eventually sacrifice in favor of comfort.

In the often-superficial society we so viscerally exist in, clothing is intimately linked to public image. It acts as the first and foremost line of expression. Aesthetics wield immense power, then, in informing social engagement and one’s sense of place in the world. We dress beautifully as a means to elevate ourselves, whether to bolster internal self-confidence or to attract external favor.

The importance of traditional concepts of beauty only heightens within the industry, where fashion’s scope extends beyond synthetic fabrics to real bodies. Popular imaginations of high fashion conjure up images of flat stomachs, long legs, and strong jawlines. Horror stories of girls on cotton-ball diets and dark-skin models facing colorism scar an already controversial industry. On catwalks and on billboards, men and women in modeling are hyper-saturated symbols of Western beauty norms. Recent movements to diversify the image of beauty in high fashion have been marginal; the vast majority of models are still underweight and white, disparities which reflect themselves in both print and on the runway. Beauty in fashion has thus remained monolithic and important.

Accordingly, ugliness—imperfection, disproportion, and excess—seems to have no valid place in a world so fixated on beauty. In fact, it seems to be the absence of fashion itself. “You’re so fashionable” is commentary directed exclusively at beautifully-dressed, and often beautiful, people. Ugliness is what fashion seeks to avoid: to the idealistic designer, a well-dressed world is necessarily a better one.

And yet, deliberate “ugliness” has bubbled as an undercurrent beneath mainstream fashion. In the last two years, chunky sneakers, oversized hoodies, and fanny packs have made appearances on red carpets and runways alike. Balenciaga even initiated stylized crocs into their 2018 Spring/Summer ensembles. The awkward and the disproportionate have quietly invaded spaces that have prided themselves on their pristine picture of beauty.

There is something incredibly important, not to mention empowering, about this. Fashion should carry a subversive purpose. As a means of expression and, therefore, commentary, good fashion should seek to challenge and question the status quo it often represents. “Ugliness” poses an existential threat to traditional notions of fashion, but in doing so, forces audiences to reconsider the conventions they build their criticism upon. Why is something necessarily “ugly?” What motivates the mind to otherize and create hierarchy out of shape and color? What subconscious biases reject certain items of clothing in favor of others?

A well-known designer particularly adept at forcing this contemplation was the late Alexander McQueen, who shocked audiences quite regularly with the avant-garde, strange nature of his fashion shows. One of McQueen’s most seminal runways was his 2009 Autumn/Winter collection, where models painted completely white strutted around a heap of trash, glaring at the audience. Lipstick horrendously overdrawn and heels nearly a foot off the ground, the models were, more or less, alien visions of “ugliness.” It is the eccentric intensity of this display—the stark lack of aesthetic appeal—that draws the viewer into a feeling of discomfort and, by extension, state of consideration about what makes for beauty anyways.

By embracing “ugly fashion,” wearers implicitly criticize the social conventions of beauty that so strictly govern what we put on, especially when few fashion houses (with some exceptions – see a Betsey Johnson catwalk for reference) have truly embraced ugliness. In this process, it re-distributes control of beauty standards to the individual. No longer is the clothed person confined to what a larger society might demand. Rather, they have claimed agency to decide for themselves what is permissible to put on.

Ugliness also humorizes an industry that often takes itself too seriously. Even when asked to be gaudy, overly artificial, and humorous, most of the Hollywood elite failed to embody “camp,” an intentionally ironic and unnatural style of dress that served as the guiding theme of the 2019 Met Gala. Celebrities, as representatives of the cultural and economic upper echelon, came in feathers and large silhouettes and called it a day. If the dress was big and flamboyant, that was good enough to comment on artifice, right?

Yet, contrary to the carefully curated, polished extravagance of the Met Gala elite, camp was first developed around awareness of an artificial, strange ugliness and a subsequent embrace of it. It found its humor in its deliberately abrasive separation from practicality and beauty, eroding traditional norms grounded in class, hierarchy, and wealth. Camp empowered the common person by glorifying what was otherwise seen as cheap and ridiculous. The widespread failure to adhere to the core tenets of camp indicate a popular culture unable to fully celebrate ugliness. “Ugly fashion” forces the mainstream to confront its lack of humor as part of the process to validate “ugliness.”

This is not to say that Tim Gunn ought to avoid prowling around the Project Runway workroom and tearing apart clothing ensembles of poor taste. It is not to say that the consumer ought to pull anything off the rack and be careless about garment choice. It is not even to say that I must adopt orange in my closet as a means of subverting the norm I have unconsciously constructed for myself. Fashion can still retain its standards of beauty and remain valid. Instead, the power of ugliness comes from its intentionality to find beauty and power in something that has been labeled as forbidden. It expands, rather than demolishes, existing notions of acceptability.

Ultimately, clothing is compelling because of presentation and ownership. For “ugly fashion” to work it must be deliberate, and its wearers and designers must have conviction in the garment’s power to comment. Be it shower shoes or low-rise jeans, the “ugly” garment must convince its audience that it is not a mistake, but rather a choice. Intention is powerful. Ugliness, when intended, is powerful. Sing praises of those who wear the ugliest of fashions and mean to do so: they have earned it.

Max Zhang
Max Zhang is the Executive Editor for Resources, Diversity, and Inclusion, a member of the Editorial Board, an assistant designer, and a junior studying Business and Global Affairs with minors in English and Philosophy. He enjoys physical letters, feels self-conscious about listening to fka twigs at night because of the Spotify Friend Activity surveillance state, and wants the very best for you. 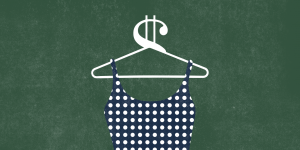 Haute and Bothered: The Willful Ignorance of Fashion Shows