How do we mourn someone we never really knew? 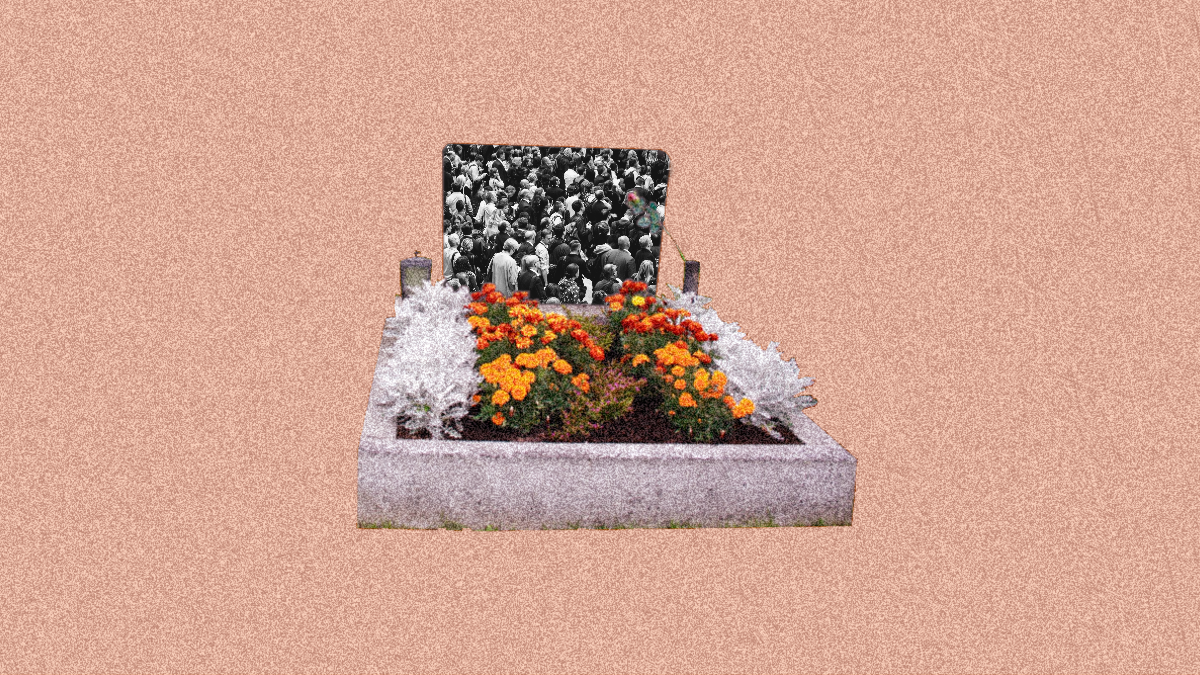 Recently, death has been inescapable. Not only have we lost thousands of people to COVID-19, but we have also lost many others—from celebrities and political figures to countless Black Americans falling victim to police brutality. As I watch the people around me react to these deaths through social media, I have to wonder at the very strange practice of public mourning. It seems that every time we lose a beloved public figure, or someone is publicly and brutally killed, such as in a police shooting, my Instagram feed fills with illustrations of that person, usually adorned with a wreath of flowers and an “R.I.P.” banner. I always wonder whether we really care about the person that we have lost, or whether we are more interested in what their death means for a cause or our personal lives. How do we mourn someone we never really knew? How does their identity affect how we mourn them? And what forms of mourning are permissible and “deep” enough to show that we actually care?

For one, social media has made it much easier to share and discuss the extraordinary deaths of ordinary people—people who were not public figures during their lifetime. This is perhaps most prominent when discussing the wrongful deaths of Black people in the United States. When victims of police brutality are killed, we often share images of them or information about their deaths without really taking time to consider the person. What could most people really tell you about George Floyd other than the way he died or the immediate circumstances prior?

In these cases, the person becomes conflated with the symbolism of their death; the rest of their life is forgotten. Michael Brown, Tamir Rice, Freddie Gray—we don’t know much about their lives, but we remember them for how they died. In Breonna Taylor’s case, her name has been invoked over and over again as a rallying point for the Black Lives Matter movement, but it hasn’t led to justice being served for her wrongful death. Despite the publicity that has surrounded her death, the systemic devaluation of Black lives in the US has persisted.

It’s disrespectful to the person’s memory to solely view them as the symbol of a movement rather than the complex individual that their friends and family have lost. Viewing them through this one-dimensional lens negates the impact of the life they lived, and reduces them to just a victim of police brutality. When we remember the dead, we should remember their individuality and their beliefs, rather than just the parts that are convenient or more important to us and our movement. Rather than posting an aesthetically pleasing illustration, we could make the effort to post something that highlights them as a person, rather than as just another victim of police brutality. Yes, personal stories are critical to all social movements, and the high profile deaths of George Floyd and Breonna Taylor have brought more visibility to Black Lives Matter than ever before. However, we should remember that their families and friends have lost a loved one, and we should be respectful of them and their privacy when discussing the circumstances surrounding their death.

In the echo chamber of social media, it’s easy to judge others who don’t publicly show they care in the same way you do. When George Floyd was killed, I was deeply affected, and it sparked a lot of meaningful conversations with friends about racism and police brutality, but it felt strange to me to mourn a person that I had never known. The increasingly normalized way we process death online can lead to a dangerous situation where those who don’t post about a death are accused of being either against a cause, or indifferent to it. This not only forces people to process trauma in a way that may not be helpful to them, but perpetuates the idea that the person who has died is inseparable from their part in a movement. It’s not normal to process trauma and loss online, and we shouldn’t be judging those who choose not to mourn digitally.

Similarly, when Justice Ginsburg died, like many, I posted several images of her on my Instagram story, as I mourned the loss of a woman I had looked up to for many years. Yet on the day following her death, many had already moved onto the important conversation of who would replace her. When a beloved political figure dies, we not only mourn the loss of a person whom we admired, but also what the tangible policy impact of their death will be on our lives. As Washington Post writer Molly Roberts put it in her article, we are not mourning Justice Ginsburg, so much as the idealized version of the United States that seems to have died with her. Of course, for some, RBG’s death is an opportunity to further the ideals they think should prevail in American life.

We have a tendency towards idealizing public figures following their deaths. Liberals often overlook Justice Ginsburg’s more moderate or even conservative tendencies in order to preserve the image of the radical feminist known as “Notorious R.B.G.” In actuality, Justice Ginsburg wasn’t intentionally radical in her actions, even though they brought about sweeping social change. The way that she went about achieving gender equality in the United States included taking on a number of men as clients and showing that gender discrimination hurt men and women. Although Justice Ginsburg is known for her dissenting opinions during her time on the Supreme Court, Politico listed a number of instances where she sided with conservative majority opinions. In fact, it was only during her later years on the Court when it shifted to be more conservative that she began to write such fiery dissenting opinions. It’s important to remember political figures as their true selves, not just the parts that appeal to us or our causes. Glossing over the unappealing parts of a political figure can be upsetting for those who suffered because of their decisions, and lead to the public forgetting of how complex and flawed public figures can be. Again, when remembering the dead, it’s important to respect and remember everything they believed in whether we agreed with them entirely or not.

In contrast to political figures, when celebrities die, there is a less tangible impact. When an actor or singer dies, what do we really lose from their death? Grazia writer Helen Nianias interviewed a friend whose partner had passed away in 2016, around the same time as the deaths of singer David Bowie and actor Alan Rickman. The friend stated that fans of Bowie and Rickman still had everything they had gained from them—they are still able to listen to their music and watch their films, and although it may be a sadder experience, the art is still there and unchanged.

I don’t think that we can truly say how one should mourn a public figure or someone who was wrongfully killed. We all feel and express emotions differently, and what to one person might feel inappropriate is to another person the only fitting way to express their emotion. However, we must also create space for their family and friends to mourn. We often get so caught up in what that person’s death means to us or our cause, that we forget those who actually knew and interacted with them. Instead of trying to own the narrative about a person’s death and how it relates to a certain cause, it could be much more helpful to the family to allow them to speak about the person they have lost. This would also help us to remember the person as an individual, rather than just another name.

The danger of taking possession of a person who has passed away in order to further a cause is that the individual will be lost—only a name remains. This occurs both with ordinary people who died in tragic, publicized ways, when many people know their name, but little about their life, as well as with political figures whose histories are sometimes partially erased in order to fit the icon that people want to create. This has the potential to be incredibly hurtful to those that knew them well and disrespectful to the person themselves. Additionally, the historical impact of refusing to remember the mistakes political figures make can be devastating. We are still suffering the consequences of Confederacy supporters rewriting history in the South to paint Confederate leaders as heroes, when their beliefs hinged upon oppressing an entire racial group. By addressing the appealing and unappealing parts of public figures, we can create a much more healthy history that recognizes them for their triumphs within the context of their mistakes.

Kulsum Gulamhusein
Kulsum is a senior in the College and the Executive Opinion Editor. She is a transfer student, and her favourite time of the year is when she gets to "play" coursicle.

How do we mourn someone we never really knew? - PeachyTeaNews