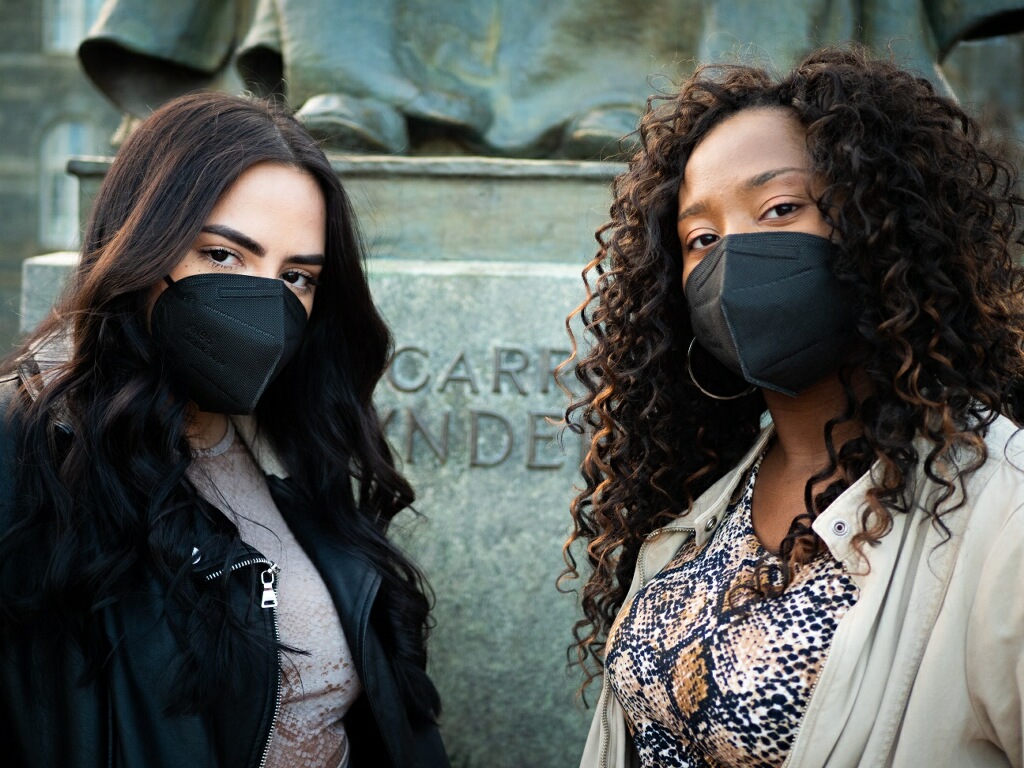 Nicole Sanchez (left) and Nile Blass (right) in a campaign photo provided to the Voice.

After interviewing both tickets in this year’s GUSA executive election, this editorial board enthusiastically endorses Nile Blass (COL ’22) for president and Nicole Sanchez (SFS ’22) for vice-president.

A vote for the Blass-Sanchez ticket is a vote for direct action on COVID-19, financial aid, sustainability, racial justice, Title IX, and restructuring GUSA. They offer an incredibly detailed policy platform, featuring 15 sections and over 100 specific proposals.

Blass and Sanchez have spent their time at Georgetown uplifting marginalized groups and challenging the university administration when it disregards student voices. They know how to advocate for students because they’ve been doing so for years—there is no better ticket to represent the undergraduate body at a time when COVID-19 has financially and emotionally strained so many in our community, especially BIPOC and first-generation, low-income students.

The pair’s extensive knowledge stems from their immediate involvement in student activist groups and policy teams. Blass has been active with the GU272 Advocacy Team, Black Student Alliance, the Black Survivors Coalition, Black Lives Matter DC, and Students Against Interpersonal Violence, while Sanchez is involved in the Georgetown Scholars Program, the Latinx Leadership Forum, and GUSA, where she chairs the Ethics and Oversight Committee. Their past history in GUSA, BIPOC, and activist spaces informs their priorities and ability to hit the ground running upon taking office.

One of the main obstacles that has plagued progressive GUSA leadership is the administration’s frequent  disregard of student input. A lack of responsiveness to petitions and referenda has proven that the administration will ignore students until they no longer have a choice.

Blass and Sanchez have shown that they are comfortable adding their voices to administrative spaces, even if not explicitly invited. One of their foremost goals is to ensure student advocates for specific issues such as Title IX accountability or transfer student needs are able to join meetings with the administration, ensuring that there will be no miscommunications about what the students are asking and fighting for.

The pair has also proven that they will physically show up in the spaces that need their support. They will not advocate from afar through the GUSA bureaucracy when student activists need aid. Leaders of GUSA have too often been willing to try and work through conventional channels, but Blass and Sanchez have experience in seeing tangible change occur out of direct action.

Regardless of which ticket wins the election, GUSA’s structure is the biggest roadblock to delivering real change for Georgetown. The GUSA Senate is an elitist, insular body that spends too much time squabbling over symbolic policy proposals and not enough time pushing for legitimate, long lasting change. This editorial board has previously advocated for big structural change within the institution, and the need still remains.

The Blass-Sanchez ticket has the most coherent and detailed vision for restructuring the Senate, hoping to turn it into a body composed of policy teams where students can voluntarily join if they are passionate about the issues at hand. This concept follows a bill Sanchez herself introduced in the Senate, shifting GUSA as a whole from a student government towards a student unionship.

At its core, Blass and Sanchez imagine GUSA as a team of passionate activists who are able to work on multiple projects at the same time. Though this vision will mark a significant change from the status quo, Blass and Sanchez are both brave and competent enough to see it through. They also want to increase the power of student voices through an appointed student representative with voting power on the Georgetown Board of Directors.

While we believe Blass and Sanchez are the executives who are right for this time, we must note that this is one of the most promising fields of candidates the Voice has seen in a while. Their opponents, Daniella Sanchez (COL ’22) and Leo Arnett (SFS ’22), have a good slate of ideas, including a Student Bill of Rights, and a Blass-Sanchez administration should work with the pair to ensure something similar is recognized by the university.

As you consider your vote, consider this: If you are looking for the most progressive platform with the organizational and activist credentials to back it up, Blass and Sanchez is your best bet. Vote for the candidates that will be catalysts for change and can make a difference from their first day in office. As Blass herself said, “We’re always talking about elevating voices. We are the voices. We are part of these communities.”

Polls for GUSA executive elections open Feb. 25 at 10 p.m. ET and close Feb. 27 at 11:59 p.m. ET. Follow the Voice for continued coverage throughout the election season. 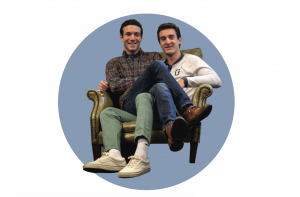 Getting Candid with the Candidates: Ryan Zuccala and John Dolan