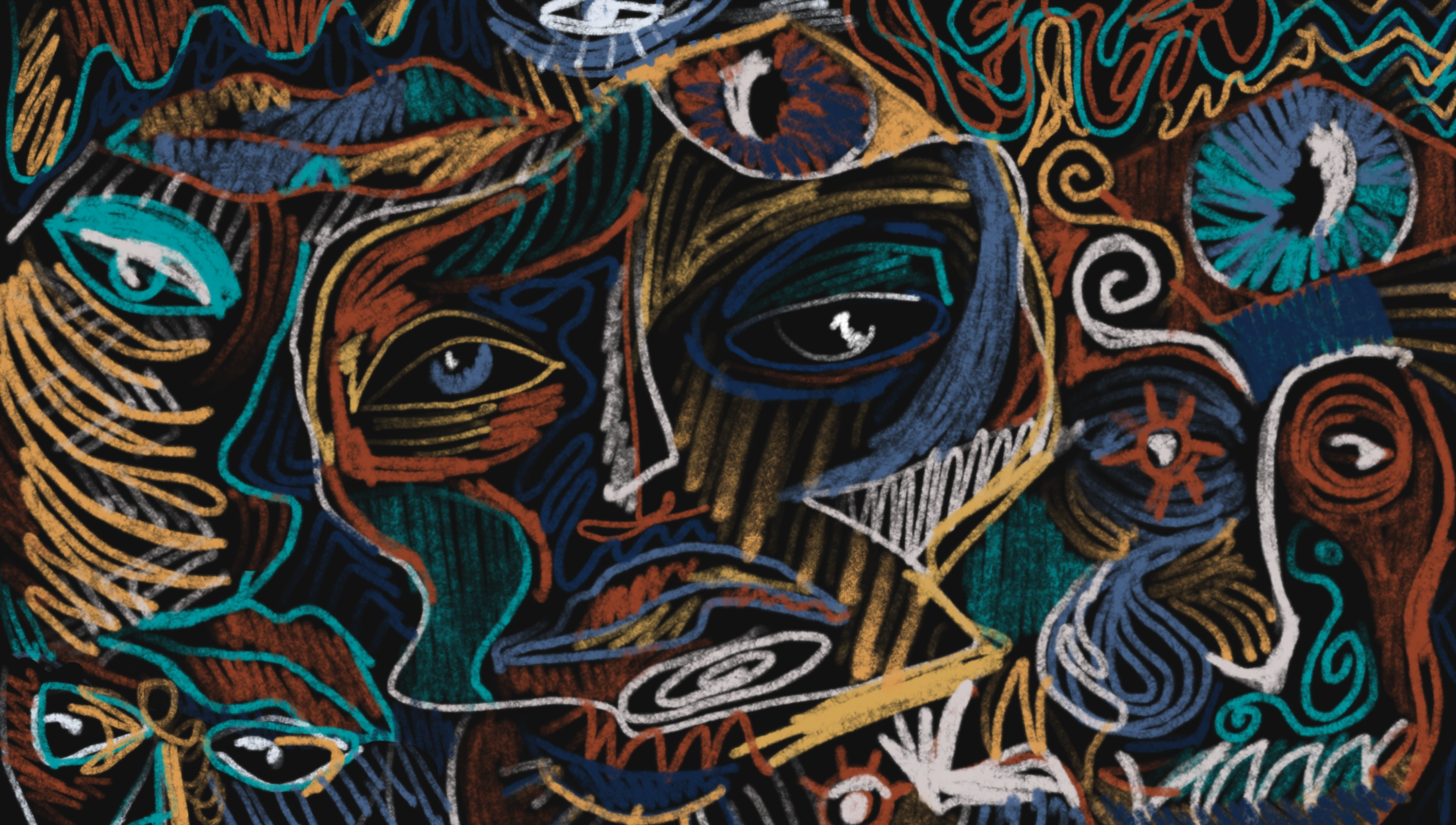 Survivors of campus sexual violence are not lifeless statistics. They are real people whose lives were disrupted by a dehumanizing violation. The harm that this violence causes is irreparable, and unfortunately, too many students at Georgetown University can testify to this reality. There should be a transparent system in place to support students in the aftermath of sexual violence, but there is not.

To make a useful system that effectively protects survivors, comprehensive changes at the federal and university level must reverse the harms of the Trump administration and set out a transparent and supportive future for navigating the Title IX process.

The Voice Editorial Board would like to acknowledge that while the following information will be presented in a rather hypothetical context, the harm that the Title IX system causes—especially the guidance implemented over the past four years—is not hypothetical. The burdensome and dehumanizing nature of the current Title IX process impacts real human beings on a daily basis. The Editorial Board would also like to recognize that although it supports all survivors, it cannot and will not attempt to speak for all survivors and their needs. There is no mold that one must conform to in the aftermath of sexual violence, and survivors are entitled to forge their own paths to healing that will empower them the most.

Title IX is a 1972 law that prohibits discrimination on the basis of sex in any educational activity by institutions that receive federal funding, such as financial aid grants. Instances of discrimination include sexual harassment, stalking, domestic or dating violence, sexual assault, or any additional acts of sexual misconduct defined in the Cleary Act or the Violence Against Women Act. Within the Trump administration’s Department of Education, Secretary of Education Betsy DeVos significantly altered Title IX policies to offer more protections for university officials and those accused of assault. Changes reducing universities’ liabilities in responding to sexual assault are expected to decrease investigation costs by an estimated $456 million. These savings, however, come at immense harm to survivors of assault.

The new definition of sexual harassment mandates that violations must rise to the level of being “so severe, pervasive and objectively offensive” in order for a school to formally investigate a complaint. The new policies also allow universities to choose which standard of evidence to use during investigations. Previously, universities operated on a “preponderance of evidence” standard that requires a lower level of proof, but can now elect to use a “clear and convincing” standard that requires a higher burden of evidence. This is extremely impactful seeing as in many assaults, very little evidence exists.

Even before DeVos’s changes, Title IX was already a confusing and burdensome process for survivors seeking legal and university support. This new standard of evidence is inherently stacked against survivors and contributes to distrust of survivors testimonies, while mandatory cross-examination can force survivors to relive trauma on terms that are not their own.

Title IX is intended to protect all students’ access to education, but both lack of transparency and drawn out investigations can make it challenging for survivors to speak out against their assaulters.

Earlier this month, the Biden administration announced the Office of Civil Rights will be conducting a comprehensive review of DeVos’s Title IX policies. It is crucial that Secretary of Education Miguel Cardona rescinds the new guidance in its totality and replaces it with a fair process that will end the vicious cycle in which survivors are legally victimized by their own schools. Furthermore, it is imperative that Cardona immediately eradicate the new parameters of a school’s jurisdiction, which no longer require colleges to investigate sexual misconduct that occurs off-campus. Although each change is harmful in its own way, this particular regulation is extremely dangerous given the COVID-19 pandemic, where many students are living off-campus. Survivors who experience sexual violence during this unprecdented time must be supported by their universities.

Not only does Cardona have an obligation to undo Trump administration guidelines, but he also must exceed this bare minimum. In its extensive history prior to the Trump administration, Title IX has never protected survivors’ rights to education adequately or appropriately. In spite of the prevalence of campus sexual violence, colleges and universities take little action. At the University of Virginia, a 2014 Washington Post report indicated that not a single student was expelled for sexual misconduct in the preceding decade. A study published in 2018 examined the impact campus sexual violence has on the education of survivors, and concluded that 1) only 35.8 percent of participants obtained their degree on schedule, and 2) 67 percent experienced a negative impact on their academic performance. With a genuinely effective Title IX, these figures would not be as disturbing as they are.

In the interim, Georgetown University must take action to protect its many students who have been impacted by sexual violence, both before and after the DeVos guidance. The emotional labor of this advocacy should not rely solely on student activism. Apart from a few panels and vague emails, such as an Aug. 14 update from Title IX Coordinator Samantha Berner and Vice Presidents Rosemary Kilkenny and Todd Olson, the university has been silent. As an institution of tremendous power, Georgetown must use its resources to advocate for Title IX reform at a federal level. If the university has taken other action, it has not been transparent about it to its general student body.

Until Title IX sets forth better guidance, Georgetown must also take action within its own community. While the university must comply with federal guidance, it is also required to provide a fair and just process to all the parties involved in a Title IX case. The new regulations inherently make achieving a fair process more difficult; therefore, the university should provide more resources, training, and support to compensate.

For example, if the university must adopt an investigative model for Title IX proceedings that is comparable to a courtroom, then the university should be responsible for ensuring that both complainants and respondents can easily access appropriate legal support. While parties in Title IX cases are not required to use a lawyer as their advisors, this new procedure cannot be navigated appropriately without one. Adults are not required nor advised to navigate legal proceedings themselves. Therefore, college-aged survivors should not be expected to do this either, especially in a less-regulated “court” that is held to extremely confusing standards.

Georgetown should also ensure that both parties have the ability to be represented by attorneys that specialize in Title IX, as it is an extremely niche part of the law that must be navigated by an expert. All survivors should be able to be represented by these lawyers, not just those who can afford to hire them. Without ensuring all students can access Title IX lawyers to accommodate the new investigative model, Georgetown is inherently contributing to the inequity of this process.

There are countless other areas in which the university should have already taken action to support survivors during this time. Georgetown promised to continue investigating sexual misconduct that occurs off-campus, but the Office of Civil Rights cannot enforce this. In order to overcome this lack of structural support, Georgetown should construct more safeguards that ensure that the masses of students residing off-campus or attending social gatherings on unrecognized property are equipped with extensive prevention training and resources. Georgetown has not done this. Moreover, it is predicted that even fewer survivors will report their assaults in light of the new guidance. Again, this should incentivize Georgetown to provide more resources for survivors. Instead, on-campus resources have been eliminated during the pandemic, including Bringing in the Bystander training for incoming students and the CAPS support group for survivors of sexual violence.

Beyond policy change, survivors need their fellow students to institute a cultural shift that listens to, believes, and supports them. We cannot continue to be a campus that normalizes sexual assault against our peers, or one that lacks the moral courage to reject rape culture in every form. While we wait on the university to change, we must continue (and some of us must start) to advocate for survivors—ultimately, Georgetown students will be the ones responsible for creating a survivor-centric campus.

It is students, not the university, who have forced Georgetown to pay attention to campus sexual violence, injustices within the Title IX process, and a lack of resources for survivors. On-campus student activism regarding Title IX has been consistently driven by the leadership of Black students and women of color. This activism is not new: GUSA and Sexual Assault Peer Educators (SAPE) advocated for Title IX improvements in 2015, Students Taking Action Against Interpersonal Violence (STAIV) called for improved resources in 2018, the S.T.O.P. Coalition continued advocacy in 2019, and most recently, the Black Survivors Coalition held a sit-in to demand resources for Black survivors in 2020. Georgetown’s survivors rely on themselves and fellow students for support and change. These groups criticized DeVos’s policies when they were first offered to universities for comment back in 2017 and have tirelessly worked to make campus a more supportive place for survivors.

When students return to campus in the summer and fall of 2021, it is imperative once again that the university take action to prioritize sexual assault prevention and community support for survivors. This burden should not rest on students, as it currently does. Regardless of the pandemic and long gap in on-campus living, survivors are counting on the administration to maintain momentum in the struggle to improve both Georgetown and federal Title IX policies.

The Editorial Board calls on the university, as a powerful institution, to commit to caring for its survivors. This care must be genuine, and not simply rooted in fear of legal retribution. This care must exceed the bare minimum we have been given so far. This care must alleviate the responsibility of improving Title IX from student activists. This care must inspire students who have not experienced sexual violence to be kind and empathetic towards those who have. Lastly, this care must be present all the time, not just during Sexual Assault Awareness Month or when the press is looking.