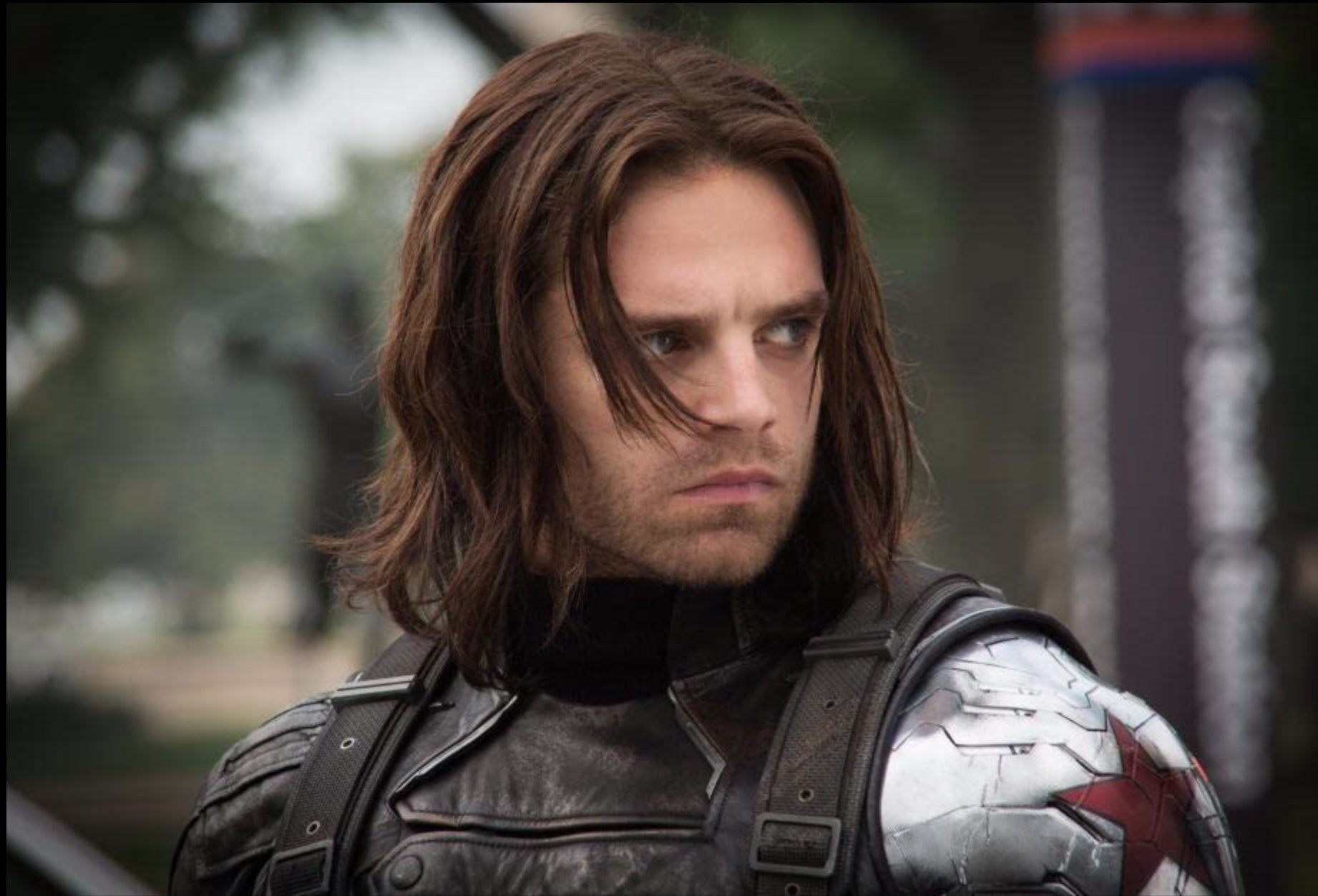 There are three important things to know about me for this exercise. The first is I am a big Marvel Cinematic Universe fan, no matter what my friend Julia says to try to dissuade me. So, my Fridays are currently spent counting down the minutes until it’s the evening and my family can sit around the TV and turn to [REDACTED]’s Disney+ account to watch the latest episode of The Falcon and the Winter Soldier. The second thing is that I often think about hair. Mostly, it’s my own hair. I spent a fair amount of time each day getting it where I like it, and have been known to experiment with my hair (for legal reasons, I have been barred from posting pictures online of the haircut I gave myself two months ago). But I also think about Sebastian Stan’s hair. Over his career he has tried out a variety of looks and I think it’s time to rank 10 of them. The third thing is I wrote this when I was delirious after a vaccine shot. I can’t promise this makes sense.

What kinda Dane Dehaan, Tobey Maguire in Spider-man 3 wannabe looking ass haircut is this?!? No Sebastian. NO. The hair drooping low over the eye is n e v e r the look. It’s just grown out with no purpose. The back of the hair, where there isn’t an obscene amount of product, looks shaggy and jagged. Sebastian, you are a handsome lad. But this little droop is taking away from your eyes! And, to top it off, when he rolls out of bed in the morning, it will not be a good look, trust me. And some days you just want to be lazy! This look makes that impossible. Not when you can lick the right side of your hair. I’m glad you moved out of this stage.

I have never seen this film. I will not lie to you dear reader, I do not have much care to see this movie. Just… why did they do this to my boy?? This is likely the shortest haircut Stan has ever rocked in a movie and it is not the look. To be fair and even-handed, it is a good haircut. Maybe part of the plot is he knows a good barber, I’ll never know. But it is way too severe. He should never ever be forced to get a fade that high up, you just look like a skinhead. Perhaps that is what they were going for! But here at the SSHR (Sebastian Stan Haircut Ranker), context is irrelevant. I need to cleanse my eyes.

Who wore it better: Boris Johnson or Sebastian Stan? We’ve all gone through the platinum blonde stage. Joe Jonas did. Zac Efron did. Alec Weiker did. It works for some (Alec <3). Others, not so much, and yes Sebastian I am looking directly at you. I realize this was 2007 and that I may never understand what people were thinking during that era. But if I had a time machine that I could only use once, I am either going to watch Willie Mays in the 1954 World Series, or shake your publicist by the shoulders and shout “WHAT ARE YOU THINKING” at the top of my lungs. Currently a coin flip.

Here at the SSHR, we only have a few rules. Take your shoes off when you come inside. No hats at the dinner table. And under  no circumstance should you ever have a man bun. It’s just lazy. There is no goal, no style. Going to a red carpet in a man bun is the equivalent of Jason Sudeikis wearing a sweatshirt to the Golden Globes. It’s just not something you do!! I get it Sebastian, you were probably growing your hair out for a role (perhaps the next one on this list) but you really just need to own it. Plus, in my experience, male hair in a ponytail is often greasy and hard to deal with later, so this is a firm no in my book.

I have two major pervading thoughts about this look. 1. Sebastian Stan doesn’t look great with shoulder length hair. I’m sorry it’s true. It’s kind of stringy, unkempt, and gets in his eyes way too quickly. 2. That being said, he looks cool as fuck. This is a conundrum at the SSRH. I will say, re: my last ranking, he owns this cut. And that is what ranks it higher. However, at the end of the day, my aversion to long hair wins out. I cannot rank this higher than the others on this list because it is just too ratty. Great for character development, though.

A nice and simple slicked back look. I only knock off points because he looks a little too much like an Ivy League educated hedge fund manager. This man called into CNBC to complain about the Redditors driving the price of Gamestop stocks while working for a company that received a large bailout in 2008. I’m not saying this is a totally bad look. It works on him and keeps the attention on his face. It’s just not my favorite. Not much more to say about it. It’s in the middle of this ranking because it’s a middle of the pack haircut.

This is the cut that started this whole thought exercise. My friend Jabriel posed the question about whether Stan’s cut in this show is his best and I slot it in at a respectable fourth on the list. It’s kept clean which I like. There is a respectable sideburn length and excellent ability for some poof in the front. It just lacks the flavor that the top three on this list have. This look could be considered vanilla, but there is definitely purpose in how it looks like he just rolled out of bed. Seeming like you don’t care about your looks is an art form and he nails it.

This is going to be my most controversial pick. I haven’t seen this movie either, but I know it by reputation. I have also never been able to pull off a middle part, although I know that by reputation also. And I must say. He pulls it off. The SSHR pays no attention to apparel and we recognize that in this look it is hard to avoid. But this is a picture perfect middle part. It’s raised just high enough to give it a little depth and just the right length to frame his forehead. 10/10 middle part, I beg you to do it again.

I have never seen an episode of Gossip Girl, although I do know that “Good Girls Go Bad” by Cobra Starship, feat. Leighton Meester slaps. So I have no clue what Stan’s character, Carter, acts like on the show. My best guess: a womanizer with a dark past and very questionable morals. Gossip Girl fans, weigh in and tell me if I’m right. Look at that hair. Not just anyone could get away with that much product without people thinking they are a tryhard! Instead, this man is definitely a heartbreaker, albeit one who probably lives on a country estate with his parents and a stable of horses, which may play a role in his desirability. I am getting progressively more and more unhinged here, but this is the best cut we have seen Stan have on screen.

Just…perfect. The volume! How it holds! How the very end of the curl doesn’t stay in place! Now this is a quality haircut and the first time we have really seen him grow his hair for depth instead of length. And look, I get it. This seems like it would take a looooong time to hairspray every day, and that’s just not reasonable when not on tour. But this is the look, Seb. I promise.  If someone sold TFATWS press tour Pomade, you’re goddamn right I would buy it. I will be thinking about this haircut for a long time. 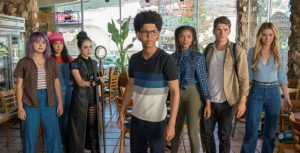