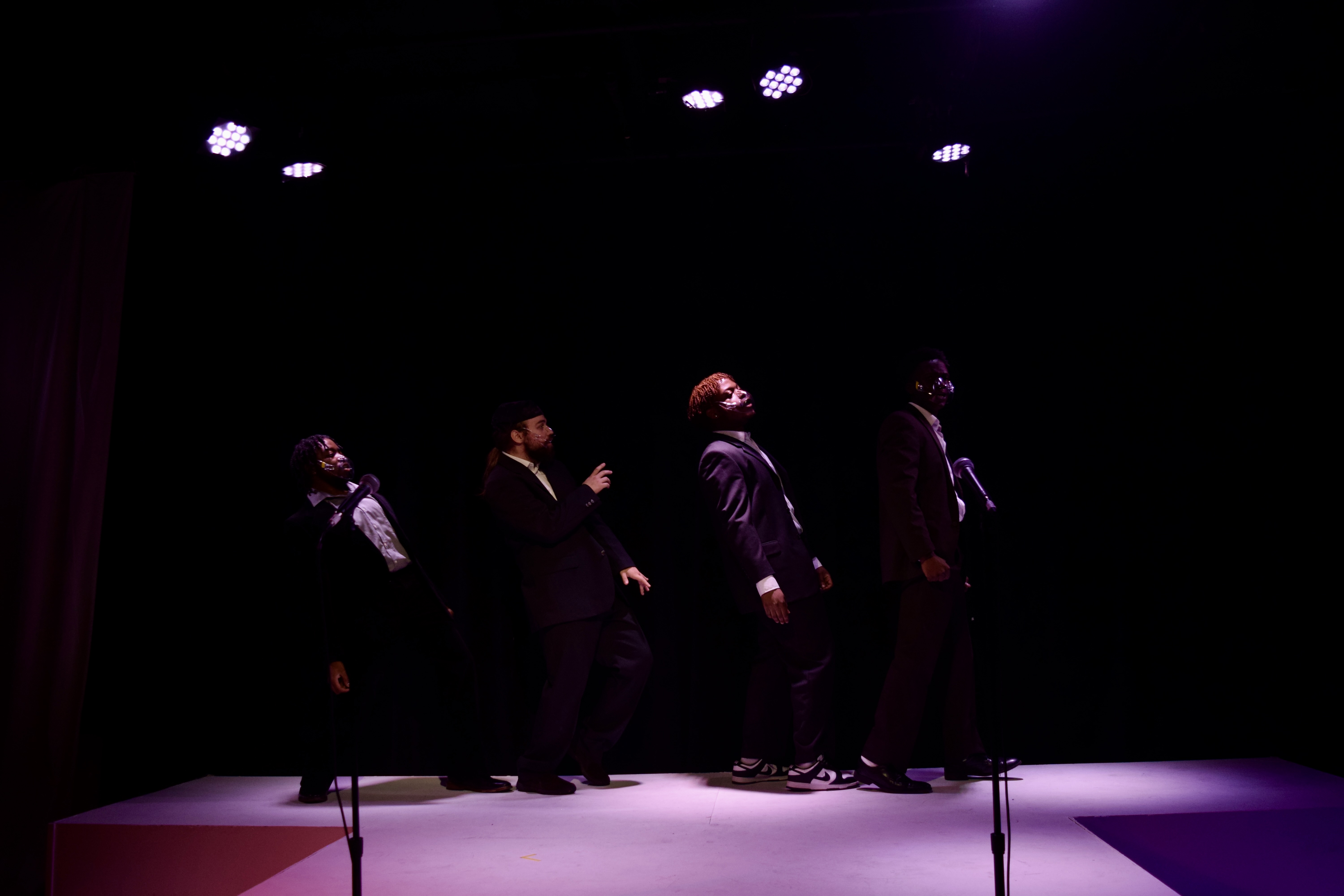 It’s five minutes to show time on the opening night of Beyond the Lights, and nobody knows exactly what to expect. The air buzzes, electric with barely contained enthusiasm and anticipation. The audience’s excited chatter drums into a final cheer going off backstage as the cast finishes its last minute preparations. Then it’s time. Following a blessing for a spectacular performance from co-producer Jada Snyder (COL ’23), the lights dim and the show begins.

A commentary on the Black experience in America, Beyond the Lights: A Night of Black Musical Scenes is an hour of non-stop heart and energy that had its audience hooked within minutes. Its collection of timeless classics highlight the show’s commitment to paying homage to the long and vibrant history of Black musical theatre.

Georgetown’s Black Theatre Ensemble (BTE), in collaboration with Mask & Bauble Dramatic Society (M&B), produced this insightful intersection of director Samuel Oni’s (MSB ‘22) original story and Black theatre’s most iconic staples—songs from Dreamgirls to Sister Act II to The Wiz. The show is an interactive experience through use of comedic conversations and vibrant call-and-response with the audience. The sheer charisma of its cast, excellent use of lighting, and powerful renditions of musical classics also made the show particularly engaging. Simultaneously, the production prudently comments on topical issues such as racism and what it means to be “Black enough.”

The play opens with two friends, Rebecca and Sophia—played by Karen Samy (SFS ‘23) and Winnie Ho (COL ‘25), respectively—having a back and forth over their favorite movie musicals. When it is revealed that Rebecca has never seen Dreamgirls, the undoubtedly iconic 2006 musical, Sophia berates her and questions the legitimacy of Rebecca’s Black identity. This early exchange excellently centers questions about racial belonging into the play’s narrative. Despite the potentially good intention of sharing the cultural masterpiece of Dreamgirls with her friend, Ho’s character perpetuates the idea that one must meet a quota of experiences in order to identify with their own community.

Samy highlighted the show’s desire to address the idea that we should not gatekeep the identities of others simply because they have not taken part in a certain experience. “That’s kind of the message we were going for. There’s not one way to be one race or ethnicity,” Samy said.

Beyond the Lights goes on to carefully address several other current issues facing the Black community, many of which pull from Oni’s own experiences. From racial prejudice in the classroom to dangerous stereotypes of the Black community, Oni’s script sheds light upon institutional problems that plague our society. The choice to tell these stories through music was deliberate—Oni recognizes not only the importance of music in Black pop culture, but also its utility. “I think music is a great way to tell stories,” Oni said.

Through song choices like “Blackout” (In the Heights) and “And I Am Telling You” (Dreamgirls), Oni is able to maintain the serious subject matter of his production while seamlessly integrating both themes of hardship and triumph. As such, the music of Beyond the Lights helps to emphasize Oni’s story and add a layer of depth.

In addition to its exceptional representation of issues faced by the Black community, Beyond the Lights does an outstanding job of keeping its audience entertained. “This show does a good job of being entertaining and also informative,” Shakeer Hood (COL ‘24), a member of the cast and the show’s assistant stage manager, said.

The show’s duality is balanced through its scenes. In the second act, the cast recreates a Black church service with an energetic rendition of “Oh Happy Days” (Sister Act II). The number kept the audience laughing with its perfect integration of interactive and situational humor and also served as a narrative tool through the subversion of dangerous stereotypes.

While allowing its audience to be fully immersed in the story it wants to tell and the issues it wants to address, the show also engages them with the lively and joyful side of Black musical theatre that often goes underappreciated. In choosing songs, Oni shared that while he wanted to ensure that key stories were being told, he also felt obligated to do justice to more than one facet of the Black experience.

“I definitely want the audience to take away the contributions Black people and people of color have made to Broadway—the aspects of our experience that often go unheard from an actor, director, casting perspective,” he said.

One of the possible downfalls of live performance is, of course, its susceptibility to error. Despite the narrative and directoral strengths of the show, it suffered several shortcomings—moments of brief technical failures and some hiccups with choreography and lines. The production’s setbacks can likely be attributed to time constraints and other unfortunate complications—including a directoral switch halfway into the show’s production—that occurred behind the scenes during the production.

Cast members also highlighted the challenges that arose in making the show interactive and engaging while also complying with COVID-19 protocols. “It’s weird because we can’t even touch each other technically, so having a show that’s so focused on integrating the audience was a bit worrisome,” Cameren Evans (COL ‘24), a cast member, said. “There have been a few difficulties in, ‘How far can we go? How far can we push the envelope?’ but also staying within COVID protocols.”

In spite of health restrictions, the cast powered through each scene, delivering every line and lyric with unwavering spirit and unquestionable passion. The final number of the show—Evans’s rendition of “And I Am Telling You”—was utterly show-stopping. Her execution of this famously difficult classic was especially moving due to the sheer power of her voice and the palpable emotion she put behind this performance.

Ultimately, Beyond the Lights perfectly balances serious subject matter with charismatic performances and excellent renditions of musical classics. Despite its short run from November 19-21, Beyond the Lights was a welcome breath of fresh air in the theatrical space and a perfect segue into future stories to be told. Excitingly, BTE has shared plans for a slew of upcoming performances in the Spring that already show promise of the ensemble’s commitment to theatrical excellence. 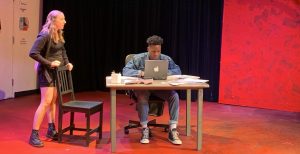