13 songs to get into K-pop for the unenlightened

By Abby Webster and Max Zhang 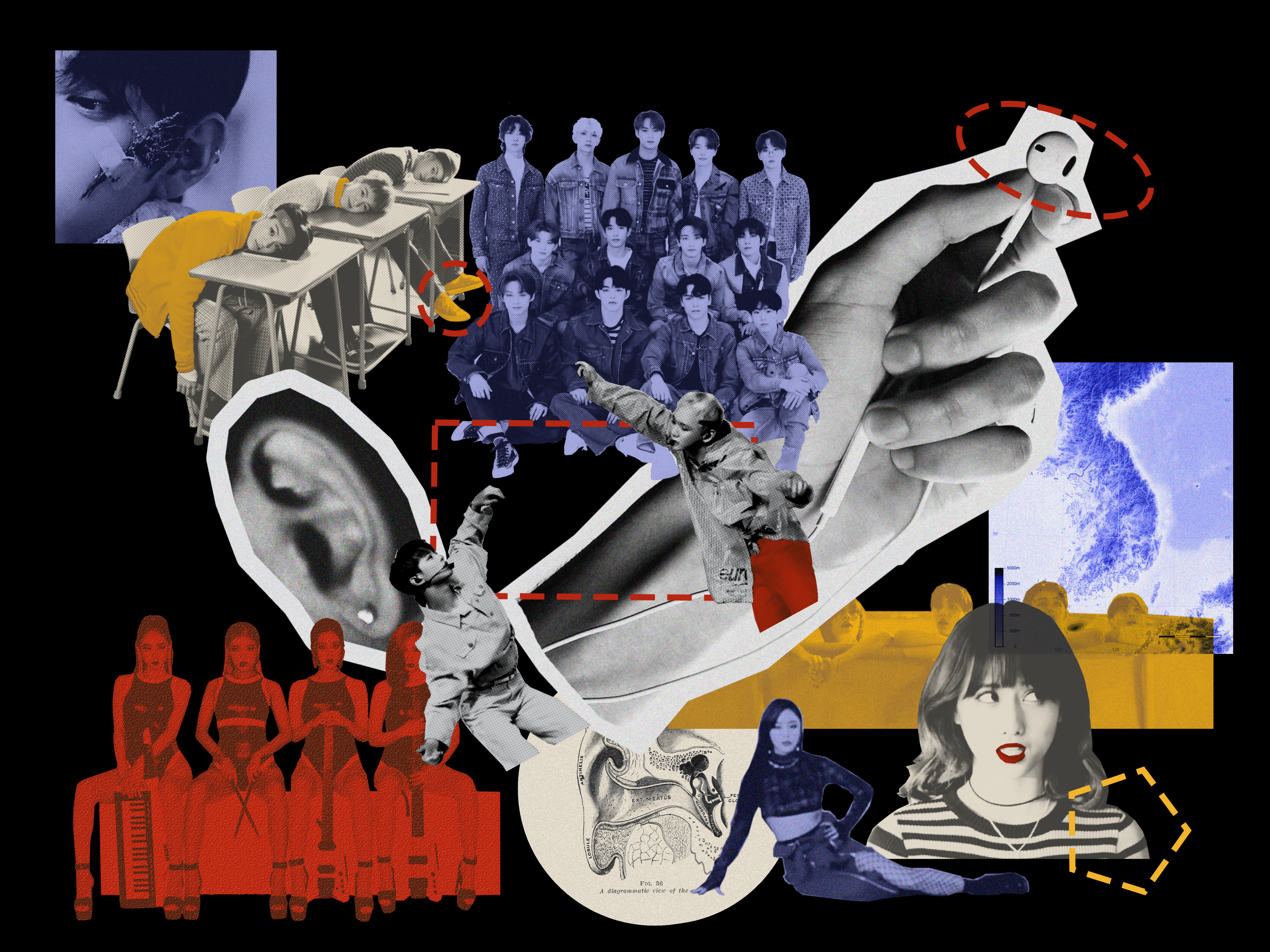 For new listeners, it may feel like the K-pop train has left the station. In some ways, it has: The genre’s mainstream popularity today was near unimaginable when the Korean Wave (“Hallyu”) first landed in the West a quarter century ago. If you’re looking to catch up, the genre’s cultural lore runs deep. Over the course of its global expansion, K-pop has already gone through four generations: a pre-internet first wave mirroring Beatlemania, and then three subsequent waves that saw the industry commercialize, digitize, and gain greater global footing. Each witnessed the genre grow increasingly diverse in its geographical reach, subcultures, and appeal.

The good news is that it’s never too late to get into K-Pop. After all, this is a body of music that, for so many, is dynamic, heartfelt, and transformative. And we’re here to help you get started. Our 13 gateway songs aren’t everything the genre has to offer—we’ve heavily biased the list towards groups (which tend to be preeminent) over solo artists, and you’ll be hard-pressed to find a ballad in this soundscape—but this introduction will get your feet wet and ready for more. Take the jump with us; we hope you never look back.

Released in 2008 by then-quintet TVXQ!, “Mirotic” is a skintight electropop track that’s become a “national anthem” among K-pop “idols” (artists). Anyone who wants to be someone has covered it (MONSTA X, IZ*ONE, and The Boyz have all performed memorable renditions). Its staple status is well-earned: “Mirotic” is seductively addictive, so daring it got flagged by the Korean Commission of Youth Protection for being overly provocative (prompting a lyric change from “under my skin” to “under my sky”). Its syncopated rhythm and ambitious vocals still feel fresh today, a testament to its timelessness. —MZ

“LIKEY” is what I assume uninitiated listeners imagine K-pop is. The voices are nasally, the dance cutesy, the lyrics silly and repetitive. It’s also extremely 2017, with Dahyun dabbing at the end of her rap verse. Yet “LIKEY” brings to mind a different time for me: early months of quarantine when the song was an unlikely companion to my daily neighborhood walks. It was everything I needed then—a shot of serotonin, totally unbothered by its own frivolity. In the past five years, TWICE have grown up, maturing their quirky girls-next-door image without sacrificing the earworm quality that makes their music so infectious (see: “Feel Special” and “Fancy”). Speaking from personal experience, though, witnessing Momo’s iconic dance break live is still the quickest shortcut to pure, unadulterated joy. —AW

I fell in, and then out, of love with SHINee 12 years ago, thinking never to return, but “Good Evening,” the lead single off their sixth album The Story of Light (2018), pulled me back into their orbit. Importantly, 2018 was a hard year for the iconic five-member group; in late 2017, lead vocalist Jonghyun died by suicide, igniting conversation about a burgeoning mental health crisis in the K-pop industry machine. Grief—and carving a pathway towards collective healing—is thus the bedrock of the album. A deep house track interpolating ’90s R&B (112’s “Cupid”), “Good Evening” glows with an earnest hope. It’s emblematic of a K-pop that locates joy even through the worst storms, dancing together in the music video despite it all. “데리러 가,” they declare freely in the song’s chorus. “I’m coming to you.” —MZ

“Touch My Body” is a Trojan Horse: Strings bloom in an elegant flourish before someone distant yanks the plug and shouts, “Let’s go!” The melody explodes: “Touch my body, body,” breathy vocals urge. Written by hitmaker duo Black Eyed Pilseung, “Touch My Body” is sexy—something fun, something for the summertime for the girls to get ready to. The vibrant saxophone and a few R&B-esque melodies elevate the song from sunkissed to plain addictive. Debuting in 2010 under Starship, SISTAR boast a discography of sexually empowered hits (“Give It To Me,” “I Like That”), but it’s “Touch My Body” that I still can’t get enough of. Its yearning is so pure, so eager for the heat of contact that it feels wrong not to give it another spin. —MZ

On their 2020 album Map of the Soul: 7, BTS wax lyrical about the light and shadow of their seven-year ascent to stardom. Baroque and haunting, “Black Swan” condenses the record’s philosophy into a single thesis: Music is what spurs them onward, even through stratospheric fame’s bleakest moments. “In the deepest depths / I saw myself,” J-Hope raps, before Suga takes the reins: “Slowly I open my eyes / I’m in my workroom, my studio.” Since its release, BTS have delivered one breathtaking, balletic performance of “Black Swan” after another—and offered a succinct answer to anyone who dares doubt their artistry in the process. —AW

Wonder Girls carved out a place in K-pop history by being the first South Korean group to chart on the Billboard Hot 100 (#76 with earworm “Nobody”). Embracing the idea that nothing in art is new, Wonder Girls unapologetically lean into the nostalgia of a retro aesthetic with “I Feel You.” The song glimmers with an ’80s sheen, synthpop so textbook it almost feels cliché—the instrumentation interprets feel-good Latin freestyle, and the music video is a Robert Palmer allusion. But it works: Each second sparkles, unafraid of its luminance. When the dynamic percussive line pumps the gas, it feels only right to go along for the ride. —MZ

MAMAMOO have spent eight years chafing against a conservative South Korean public, all the while churning out confident, transgressive bops. A brassy, rap-led kiss-off to the haters, “HIP” addresses it all—though husky-voiced Hwasa takes the lead. “Stained shirt / Panties sticking out / Greasy hair / If I do it, it’s hip,” she spits (“Kach-too!”), sneering at the tabloids that criticized her braless, underwear-out airport ‘fits. MAMAMOO preach unabashed self-love even amid flak—she’s crazy, a voice whispers during Wheein’s verse—and cameos from drag queens Nana Kim, Bambi, and Kuciaa Diamant loom large in an industry that shuns explicit queerness. “HIP” makes it clear the quartet are basking in the attention, whatever the kind: “Close up / close up / close up,” they chant, hands framed like a camera—and it sounds like a taunt. —AW

SHINee’s Lee Tae-min debuted at 14-years-old primarily as a dancer, not a vocalist. As a solo artist, he has channeled an extraordinary work ethic—a pound of sweat for each ounce of passion—into becoming an “idol’s idol.” His openness to the avant-garde has also made him a routine trendsetter, and nowhere is that more clear than “Move.” The sultry R&B track broke ground with choreography equal parts subtle and androgynous. Each careful hip gyration and wrist flick embodied the song’s sensuality, radical for an industry where dance can be gimmicky, hyperactive, and highly gendered. Its magnetism has meant almost no idol is immune to performing a dance cover of “Move” at some point, a phenomenon termed “Move disease.” It’s no small statement that TAEMIN is the only solo artist on this list; “Move” is truly in a tier of its own. —MZ

NCT Dream was supposed to be a perpetual paragon of youth: As its members reached adulthood, they would be rotated out of the group. Things unfolded differently—long story short, the original seven-member lineup is still going strong—but “My First and Last” serves as the perfect introduction to their manifesto of fleeting adolescence. The guileless lyrics and thrumming, almost urgent, bassline play into the wide-eyed melodrama: “There won’t be a second chance,” they proclaim. “You’re my first and last love.” Years later, the “Dreamies” swap schoolyard crushes for spicy flings on Hot Sauce (2021), the culmination of their evolution from boyish bubblegum pop to hip-hop. Still, they say you never forget your first. “My First and Last” captures that moment’s singularity in a music box, letting us replay it again and again. —AW

Girls’ Generation (a.k.a. SNSD) is one group that has become synonymous with K-pop itself. Pioneers both domestically and abroad, SNSD proved K-pop’s viability as a cultural export. A doo-wop track off their eponymous 2007 album, “Kissing You” doesn’t necessarily carry the same historical capital as some of their other hits—“Gee,” “Genie,” “I Got A Boy”—but it’s a song that feels like pure bubblegum, pink sugar in melody form. In the face of bleakness, escapism reigns supreme. Pucker up! —MZ

“I know it’s real, I can feel it,” Taehyun belts just before the chorus of “0XI=LOVESONG.” Pop-punk furnishes the perfect home for TXT, self-declared “losers,” and the world’s next biggest pop stars (frankly, I’m just waiting for everyone to catch up). Teen angst never looked as effortless as it does on this quintet, dubbed collectively and deservedly by the internet as the “fourth generation it boys.” After cutting their teeth on metaphors of difference (“CROWN,” a bouyant queer anthem), TXT’s discography moved onto existential disco (“Blue Hour”) and a slew of apocalyptic bangers, fit for a world on fire. Their put-on outcast personas shouldn’t work as well as they do. But when TXT sing of finding love at the end of the world, you believe them. More than that, you just feel it. —AW

Third-generation quintet Red Velvet chose their moniker because it represented the duality of their group: vivid and intense like red, and soft and mature like velvet. “Peek-A-Boo” sits at the nexus of the two; a tropical house track about the flirty first chapters of a budding romance, it has a playful levity that might throw listeners back to 2015/2016 when trop house exploded on the Western pop scene (think OMI’s “Cheerleader,” Justin Bieber’s “Sorry”). The pan flute sparks joy. But the driving bass drum and an occasional belted vocal lend a colorful, charged energy that makes “Peek-A-Boo” feel like it could be a hype track for a good spring run. Give it a try—it’s got a guaranteed mileage. —MZ

Is it sacrilege to close out a list of K-pop recs with a Japanese single? Rest assured, the group is Korean (mostly). But since discovering “Fallin’ Flower” in 2020, I’ve been hard-pressed to find something that touches me quite like it does, in any language. Maybe it’s DK’s ethereal vocals, or the maddeningly simple yet wistful piano-riff-slash-synth-loop at the song’s core. It might be the way limbs unfurl like petals in the choreography as the track blooms into its climax; or, perhaps, the sensuality of Hoshi and THE8’s tethered dance. Better yet: the mini bouquet bandaged to Joshua’s cheek, matching their sartorial pastels and florals. Likely, it’s the synthesis of it all. “Fallin’ Flower” flawlessly collides its parts into an exquisite whole—not unlike SEVENTEEN itself. I can’t think of a song that better embodies K-pop’s limitless potential to bridge differences, and absolutely captivate the senses in doing so. —AW

Max Zhang
Max Zhang is the Fall 2022 Editor-in-Chief of the Voice. A senior studying Business and Global Affairs with minors in English and Philosophy, he hails from suburban Chicago and is the Voice's resident Beyoncé expert, among other things. Ping him at editor@georgetownvoice.com.