No excuses: How sports culture fumbled the Deshaun Watson case 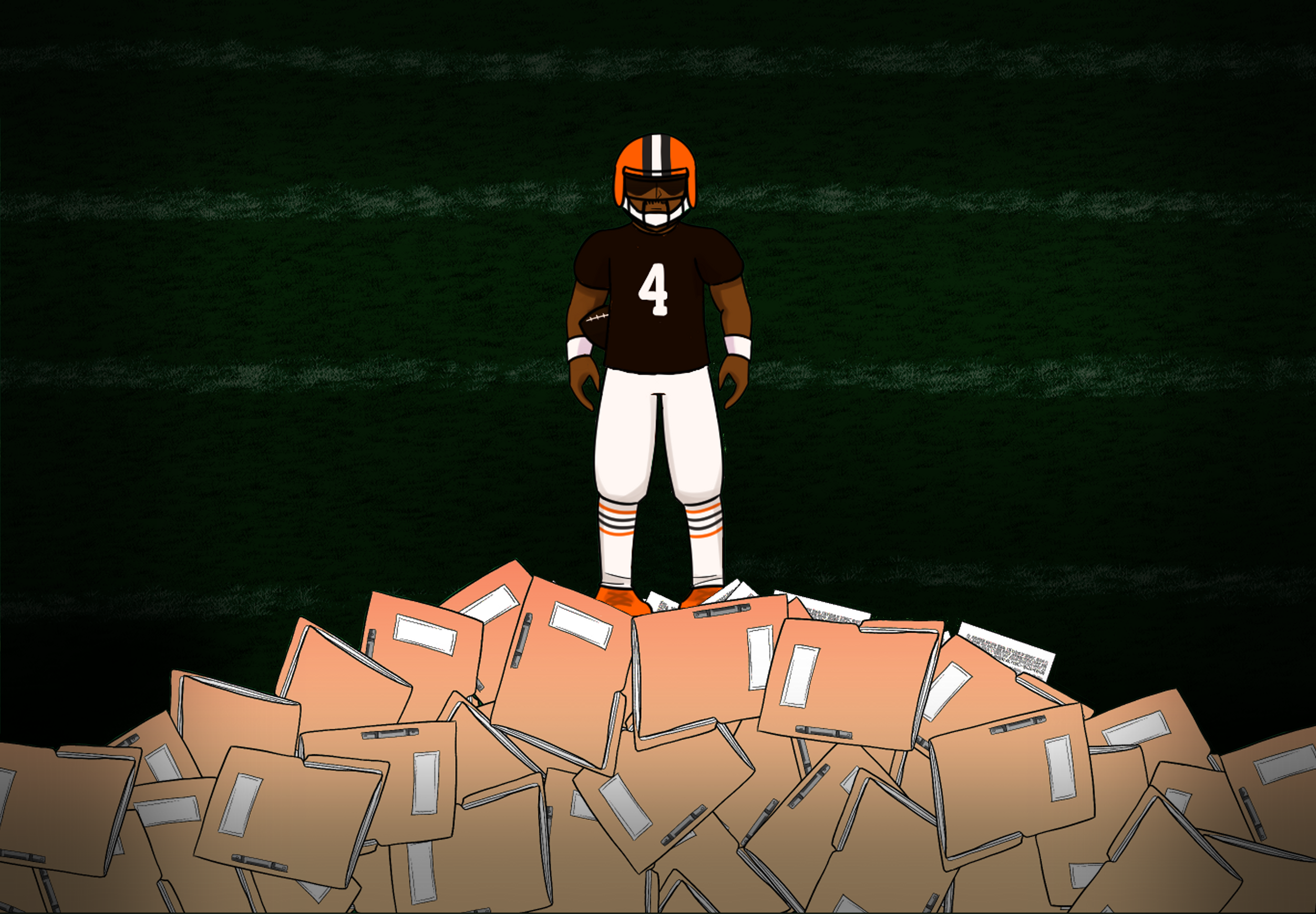 By summer 2022, a total of 24 women had filed civil suits against Deshaun Watson Design by Elin Choe

Cleveland Browns quarterback Deshaun Watson will take the field against the Houston Texans on Dec. 4, his first game since playing for the latter in 2020. Here’s the thing: He should not be playing in 2022.

He should not even be on the bench.

A few weeks ago, I checked my Twitter feed for news about the Sept. 18 Browns-Jets game. Instead, I scrolled across a picture of a Browns fan’s tailgate, displaying a massage table reading, “HAPPY ENDINGS ARE NOT ILLEGAL.” Watson sat out the 2021 season facing dozens of sexual assault lawsuits alleging his coercion of masseuses during sessions.

Egregious fan behavior aside, the way the NFL, the Browns’ and the Texans’ organizations, and sports media outlets have handled the allegations against Watson is appalling.

The NFL has a history of mishandling issues of domestic violence and sexual assault by its players. In 2014, the NFL infamously mismanaged Ravens star cornerback Ray Rice’s punishment; he initially received just a two-game suspension after videos surfaced of him assaulting his wife, before being suspended indefinitely (after scrutiny over the NFL’s investigation and pressure from United States Senators). In 2018, quarterback Jameis Winston was found guilty of touching an Uber driver inappropriately, and was only suspended three games.

Watson is a star player, too. In his six-season career, he’s played in three Pro Bowl games and was mentioned in MVP debates. With that fame comes influence.

An anonymous woman first filed allegations against Watson in March 2021. He quickly pleaded his innocence, but by summer 2022, a total of 24 women had filed civil suits.

The NFL opened an investigation into the allegations a few days after the announcement of the first case, but made little progress during the 2021 season. Amidst rumors of Watson’s trade to the Dolphins or Panthers, NFL commissioner Roger Goodell refused to place him on the “exempt list,” citing a lack of full information. The commissioner’s exempt list allows players under investigation for crimes of violence to be placed on indefinite leave. Goodell misstepped—Watson should have been kept from potentially playing.

Thankfully, Watson did not start in 2021. But he remained on Houston’s roster, earning $10.54 million from his contract. The move benefited the Texans, too: Keeping Watson on the roster would net them extra draft picks in an eventual trade.

That trade came soon after: Complex reported on March 16, 2022, that the Saints, Falcons, Panthers and Browns were all interested in Watson. He would be traded to the Cleveland Browns two days after, receiving a new contract worth $230 million over five years (including a $44.965 million signing bonus). His prior contract was worth $136 million (over four years). Despite the allegations against Watson—22 civil suits remained active against him, though a grand jury cleared him of criminal charges—his market value only increased.

The Cleveland Browns never should have traded for Deshaun Watson and should never have given him a contract with the highest guaranteed money in NFL history.

Leading up to the 2022 season, Watson’s pending suspension was rife with debate. Nearly all civil cases were settled outside of court. The NFL initially pushed for a full season punishment, electing not to place Watson on the more severe exempt list, but talks with the players’ union broke down. In the policy for player conduct, a minimum suspension for sexual assault is a shockingly low six games. The NFL eventually reached an agreement suspending Watson for eleven games and fining the player $5 million, in addition to the $690,000 lost from missed games, a small fraction of his contract. Additionally, Watson must complete mandatory counseling. Comparatively, Falcons wide receiver Calvin Ridley was suspended indefinitely this season for gambling.

With the 2022 NFL season in full swing and almost two years after the first suit was filed, the sports world is ready to move on. In the Browns’ Thursday night game against the Steelers, broadcaster Al Michaels discussed Watson’s suspension for violation of the NFL’s Personal Conduct Policy. Michaels did not mention the women Watson harmed, nor what his alleged conduct violations even were. This neglect erases a problem that should be considered any time Deshaun Watson’s name is mentioned.

A subset of Browns fans have exemplified football’s carelessness about sexual assault by making offensive jokes; the massage table was just the start of shameful exhibits at the Browns game. Many fans came prepared with shirts expressing their support for Watson. Others brought signs demanding his reinstatement and used demeaning language against women. This behavior is unacceptable. The Browns must be stricter on this conduct, and the league should spearhead efforts policing fans spreading hateful messages.

The most disgusting part of this situation is the scrutiny and intimidation his accusers have faced. Those filing the suits lost their anonymity when judges ordered the cases to be refiled with their real names, causing one woman to drop her suit over privacy concerns. They faced harassment online and were subjected to victim blaming. One woman had to leave her job. According to Watson’s attorney, the FBI even investigated some of the women for extortion, a claim the plaintiffs’ lawyer denies. Meanwhile, Watson enjoyed the millions and stardom given to an NFL quarterback.

Despite the toxicity, some have stepped up to support the survivors. The Cleveland Rape Crisis Center received roughly $125K in donations after the trade for Watson. Other sports fans have expressed support through signs reading “We believe Jane Doe.” They set an example of how we as fans can support these women and anyone coming forward in future cases, but more responsibility should be placed on the NFL and sports media to handle cases of sexual assault with the proper respect survivors deserve.

Still, Deshaun Watson will take the field against the Texans on Dec. 4. The boos against him will never suffice for the way sports culture fails survivors of sexual assault and harassment. 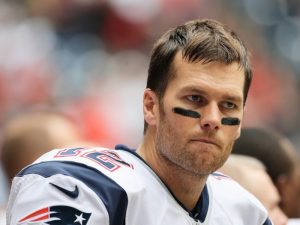