The Georgetown admission process is an oddity.

Alongside MIT, Georgetown is one of the two top private universities that refuses to use the Common Application. This decision has stirred controversy, since some argue that Georgetown’s separate application hampers accessibility and subjects applicants to additional stress. With students preparing for Georgetown’s Jan. 10 regular decision deadline, debate over the university’s application has returned to the forefront.

Charles Deacon (COL ’64), dean of Georgetown undergraduate admissions since 1972, believes that the university’s application advances a “student-centered” approach, facilitating close student-university relationships. Its idiosyncrasies include four supplemental essays with page rather than word limits, a shorter extracurricular profile than the Common App, and alumni interviews for every applicant.

“We feel like the application for admission is the beginning of your relationship with the school,” Deacon said. “It gives you an opportunity to tell your story without being limited by a three hundred-word essay.”

Sophia Lu (COL ’26) is among those who believe Georgetown’s application encourages rather than deters applicants. “In that extra effort I had to put in, it made me think more about why exactly I wanted to apply to Georgetown,” she said.

In Deacon’s opinion, the Common App can’t provide the same kind of intimacy. “We always felt that the Common App depersonalizes to some degree,” he said.

He also sees the Common App as a tool colleges use to grow their applicant pool and therefore deflate their acceptance rates, rather than evaluate applicants accurately.

“We think there’s an admissions process in institutions across the country that’s business-oriented,” he said. Deacon noted that acceptance rates only affect lay prestige. “It’s all about manufacturing data that will enhance your reputation,” he added.

Deacon explained that Georgetown is not interested in bumping up numbers for the sake of image. Instead, he wants to prioritize recruiting exceptional students who truly fit the community, and he believes Georgetown’s specific application is critical to that aim.

According to Deacon, the separate application is itself an indicator of “demonstrated interest.”

“We get a great student body because they end up choosing us,” he said.

Frederick Mwansa (SFS ’26), an international student from Zambia, found that the separate application didn’t deter him much from applying. “The name of the school itself is very out there. If someone from Zambia can find that the school exists and get here, I think anyone can find it,” he said.

Other students aren’t convinced that Georgetown’s application benefits applicants or the university. To Aaron Chan (SFS ’26), the application makes the process more confusing without improving the quality of the student body. “The Common App’s user interface is a lot easier to navigate and a lot more direct than Georgetown’s,” Chan said. “Georgetown’s looks like it was made in the 2000s and never updated.”

However, because admissions staunchly believes in the efficacy of their application, it’s unlikely Georgetown will change its interface or its admissions process any time soon.

Once students submit their applications, four admissions officers each assign an application a score on a 10-point scale, adding up to 40 points. Applicants who receive eights or higher across the board stand a high chance of being admitted. After all applications have been scored, the officers begin admitting the highest scorers until no spots are left.

According to Georgetown’s Common Data Set (CDS), a yearly report on the university’s admissions trends and policies, academic performance is given the most weight when scoring an application. Extracurriculars and the interview follow close behind, while factors such as first-generation status, legacy affiliation, and ethnicity fall into the lowest-weight category.

While Georgetown’s admission standards are consistent with most peer institutions, the university has been previously criticized for not making more progress with equitable admissions. According to the CDS, only about 7 percent of the non-international undergraduate student body is Black and 8 percent is Latino, far less than national proportions. Students routinely argue that Georgetown’s admissions give an unfair advantage to wealthy, predominantly white students via mechanisms like legacy admission.

“[Georgetown is] not as diverse as it should be,” Deacon said. But he’s more concerned about income disparities than ethnic diversity, since wealthy students occupy an outsized share of the university’s seats. “Disproportionately, students coming here are higher-income,” he added.

While the university has the funds to offer low-income students full financial aid, middle-income students often face the greatest financial barriers, since their aid is often not enough to offset Georgetown’s hefty tuition of almost $60,000 a year. According to Deacon, many comparable institutions with larger endowments do not face this problem. Georgetown has a notoriously low endowment, especially among private institutions.

In fact, endowment size is so important that the admissions office insists on maintaining legacy admissions partly to improve access to aid.

“They want to be here, the record is good, the family contributes to the university,” Deacon said about legacy students. “26 percent of your tuition dollar goes to support financial aid, so they’re underfunded. Legacies help.”

He emphasized that legacy status only impacts admission when a student straddles the line between acceptance and rejection. “We feel it is legitimate, and we feel we do it in the right way,” Deacon added.

Critics of legacy preference point out that legacy admissions do not necessarily increase alumni giving by a statistically significant amount. They also argue that prioritizing profits over fair admissions compromises the university’s values.

Besides legacy preference, Georgetown has room for progress in other areas of equitable admissions as well. Moving forward, the admissions office has set specific goals for diversity and inclusion. According to Deacon, admissions hopes that at least 10 percent of the student body is composed of Black students in future admissions cycles. How the university plans to tangibly accomplish this goal remains to be seen.

As for the application itself, Georgetown’s distinctive, if cumbersome, process seems here to stay.

“It means [students] have to do more work,” Deacon said. And even if Hoya hopefuls must slog through the outdated user interface and additional application requirements, in the eyes of admissions, it’s worth it. 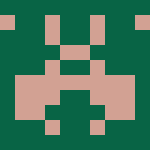 By Nora Scully and Margaret Hartigan