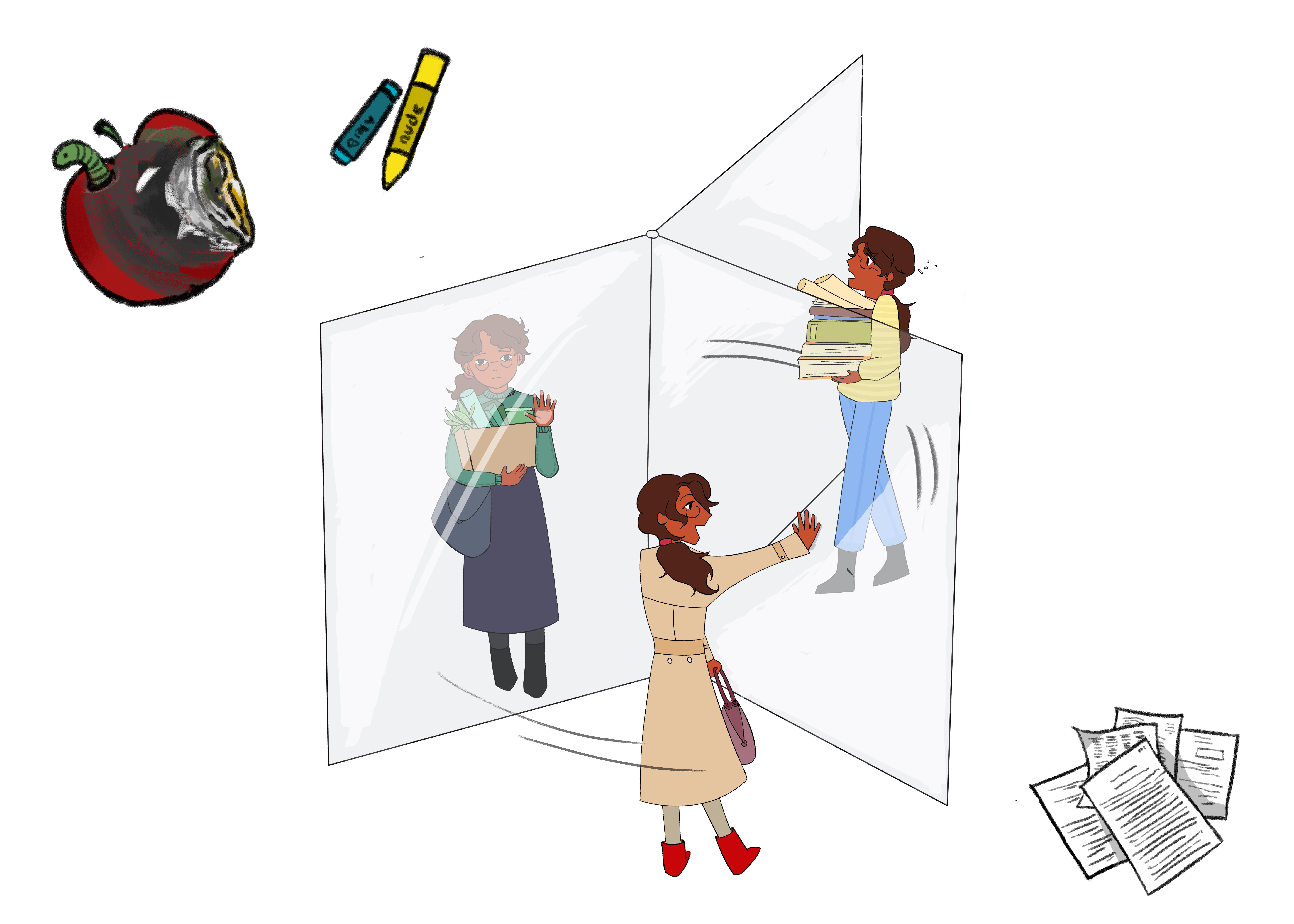 After 20 years of teaching, Jessica Salute is beginning to hit her breaking point.

“I’m having a tough year,” she said. “For the first time I’m really thinking like, ‘I don’t know if I can keep doing it.’”

Salute, a second-grade teacher in Ward 8, has spent this academic year feeling overwhelmed by long hours, intense evaluations, and a lack of district support. Her conclusion mirrors that of many other teachers in the country: It’s all too much.

“The stress feels like so much. And it’s making me a worse teacher; that’s what scares me, what I haven’t felt before,” Salute said. “I am not able to be my best for the kids because of the challenges and the pressure.”

Though teacher turnover has long been a nationwide issue, attrition rates have only risen since the beginning of the pandemic. The national average for turnover in urban schools falls between 16 and 19 percent, with around 54 percent of teachers reporting they were either “very likely” or “somewhat likely” to leave the profession in the next two years, according to a 2021 survey.

It’s an alarming high, especially here in the District. D.C. currently has the highest urban turnover rate in the entire country. Between the 2020-21 and 2o21-22 academic years, D.C. saw a city-wide turnover rate of 26 percent, with Wards 4, 6, 7, and 8 averaging 30 percent.

So, what’s behind this revolving door of teachers in the District?

For many teachers in D.C. Public Schools (DCPS), one culprit immediately comes to mind: the internal evaluation system IMPACT.

Yet the system was rated the highest driver of turnover in the 2020 Teacher Attrition Survey. The following year, the D.C. State Board of Education (SBOE) found that only 31.6 percent of teachers in DCPS believed their IMPACT evaluation would be fair and credible.

IMPACT “creates this fear that every time [school leaders] step into the classroom, it’s for the purpose of evaluation,” Scott Goldstein, Founder and Executive Director of EmpowerED, an educator advocacy non-profit, said. “It makes it very hard to have really open communication and a culture where everybody’s growing.”

Evaluations are conducted by school administrators, sometimes unannounced. Many teachers feel that the evaluations are subjective, relying too heavily on their existing relationships with administrators. Some also argue that IMPACT facilitates a simple system of reward and punishment, rather than nuanced growth: Teachers who are rated “highly effective” are given a $2,000 bonus, while teachers who are rated anything less than “effective” run the risk of losing their jobs.

IMPACT was actually what once attracted Salute to working in DCPS, because she thought that the tool’s rigor would make her a better teacher. After nine years of teaching in the district, however, her opinion could not have changed more.

“It’s so stressful and so anxiety-provoking, and I think there’s so much energy put into it with very little benefit,” she said. “It will definitely be one of the reasons if and when I leave DCPS.”

For some teachers, IMPACT is nowhere near as stressful as other evaluation systems.

“I can understand why people hate it,” Rian Reed, a Ward 8 middle school teacher, said. Reed’s previous school district utilized the highly-criticized Danielson evaluation model. “But I’m coming from an experience that was worse, in my opinion.”

Some teachers have questioned whether IMPACT is equitable. In 2020, the American University School of Education conducted a study—commissioned by DCPS—that found IMPACT to be racially biased. Finding that Black and Latinx teachers consistently scored lower on their evaluations than white, Asian, and Native American teachers, the study identified a “potential bias in the rubric or observations in which Black teachers are stereotypically perceived as more culturally competent or nurturing but not recognized for their contributions to academics.”

One teacher participating in the study said that the creation of IMPACT didn’t just force teachers of color out: “It was that they replaced them with younger white teachers who were not from the area, who did not understand the culture of these students, and it was okay, and so because of its origins, it’s always going to be problematic.”

Another study participant corroborated this view: “It’s very prejudicial, and it didn’t help that the people who created it were not people of color, but they came and slammed this down into communities where students and families were already suffering.”

Turnover rates are likely to be higher at schools with a higher number of students categorized as “at-risk”— schools that are typically in Wards 7 and 8, exacerbating other systemic inequities between wards.

This correlation does not exist because at-risk students are harder to work with—that’s a myth Goldstein wants to dispel. “I think that that’s often what the immediate assumption is—it’s just hard to work with those kids,” he said.

“In schools where there are higher concentrations of poverty, the school teachers have significantly less autonomy, flexibility, and professional respect. So they’re micromanaged,” Golstein told the Voice. “They aren’t micromanaged in high-income schools—and it’s the micromanaging that makes teachers leave—not the challenge of the behavior, or the academic growth needed from their students.”

Emily Gasoi, the Ward 1 Representative for the D.C. SBOE, agrees. She added that in schools with high numbers of “at-risk” students, greater focus is placed on standardized testing.

“There’s just more mandates around getting the test scores up. There tends to be less of a well-rounded education for those students,” Gasoi, who is also a professor in the Georgetown Education, Inquiry, and Justice Department, said. “Most teachers know [testing] is not what’s in their students’ best interest, and it’s really hard to do a job that’s already super demanding when you know you’re not doing what you should be doing.”

In some cases, turnover extends to entire schools. Laura Fuchs, a high school teacher in Ward 7 and a leader in the Washington Teachers Union (WTU), recalls ward-wide closures during the late 2000s.

“I would have kids who would be in middle school, and their elementary school got closed. By the time they got to high school, their middle school had been closed behind them,’” she told the Voice, pointing out the loss of community that happens when schools close.

“To see that there’s always different staff, it’s not good for a child’s emotional well-being or their emotional health,” Quezada said. “The fact that a lot of these children that come to my school will be here from pre-K to fifth grade? That’s kind of a big deal.”

A lack of continuity often means that extracurricular activities are interrupted, something that Fuchs has seen first-hand.

“People start clubs—well-meaning new teachers, maybe not new to teaching, but new to the system—and then they go ‘Oh, I’ll do debate,’ but they’re gone the next year. So who’s doing debate next year?” she said.

Fuchs described how her school has not been able to retain a music teacher—nor a band program—in several years. “Everything is always turning, so you can’t really build much. It’s hard to hold onto traditions,” she said.

For Goldstein, creating this culture begins with making sure teachers feel adequately supported.

“Education is fundamentally a human enterprise,” Goldstein said. “Teachers have to have their cups filled to be able to pour into our students. There’s no conflict between educator wellness and student wellness—they require each other.”

Unsurprisingly, the D.C. SBOE found that a lack of support for teacher wellness was a major contributing factor to high turnover rates; it’s a struggle that Salute knows all too well.

“I am not able to be my best for the kids because of the challenges and the pressure. I want to do everything I can—I’m in therapy, I’m doing exercise—I’m doing all of the things and I still feel like it’s impossible, what [DCPS is] asking me to do,” she said.

For Gasoi, supporting the wellness of educators “comes down to acknowledging the stress and trauma that educators have been going through over [the pandemic], and acknowledging it by actually making their work situation more manageable.”

Reed, who teaches at a school where flexible scheduling is used, is very familiar with its benefits.

“On Mondays, the kids are dismissed at 1:30 to attend extracurricular activities with different community partners, or they can leave the campus in order to go home to handle family needs and such. And then that gives teachers the opportunity for additional co-planning and co-collaboration through team meetings. So it’s a win-win for the kids and the adults,” she said.

Reed described the retention rate at her school as “abnormally high,” in part because of the culture created by the administrators.

At Reed’s school, teachers have ample opportunity for leadership roles. “My principal always says ‘if you see a need, you’re allowed to use your gifts and talents to meet that need,’ so everybody understands that it’s a community effort, and that’s one of the reasons that our numbers are higher than others. And just the understanding that we are humans, we’re not robots.”

Another strategy for preventing turnover is supporting teachers with high D.C. housing costs.

“Something needs to be done so that more people can actually live in the city where they work,” Quezada said. “I shouldn’t have to live in a whole other state just to work in DCPS. I actually don’t—I’m able to live here [now], but I know it’s only a matter of time before my rent will be too expensive.”

While DCPS does have a program that supports teachers through the process of home ownership, these benefits do not currently extend to rental assistance (unlike benefits for D.C. police officers, which offer temporary housing and rental assistance in addition to the homeownership assistance program).

For Quezada, housing assistance is also related to securing a fair contract. “First, we need a contract. I think that would be very helpful because we’re working with the salaries of 2019. So that’s nearly four years of no cost of living adjustment, and considering that D.C. is one of the country’s most expensive cities, that takes a toll on people.”

While many schools have their own contracts with teachers, the last DCPS-wide contract expired in 2019. DCPS is still operating under the agreed terms of this contract, though the WTU is still fighting for a renewed contract, one that includes a wage increase.

Part of the picture also means negotiating better work-life balance. EmpowerED found that turnover is higher for teachers between the ages of 29 and 39, something they attribute to the difficulty of balancing teaching and parenting.

As systemic support for D.C. teachers remains stagnant, teachers are left without answers to hard questions. “I don’t think I can actually work any more hours, so what can I do now?” Salute asks. “Is it fair for the kids? Is there someone who could be doing this better?”

This article has been updated to specify Salute’s frustrations with DCPS district leadership. 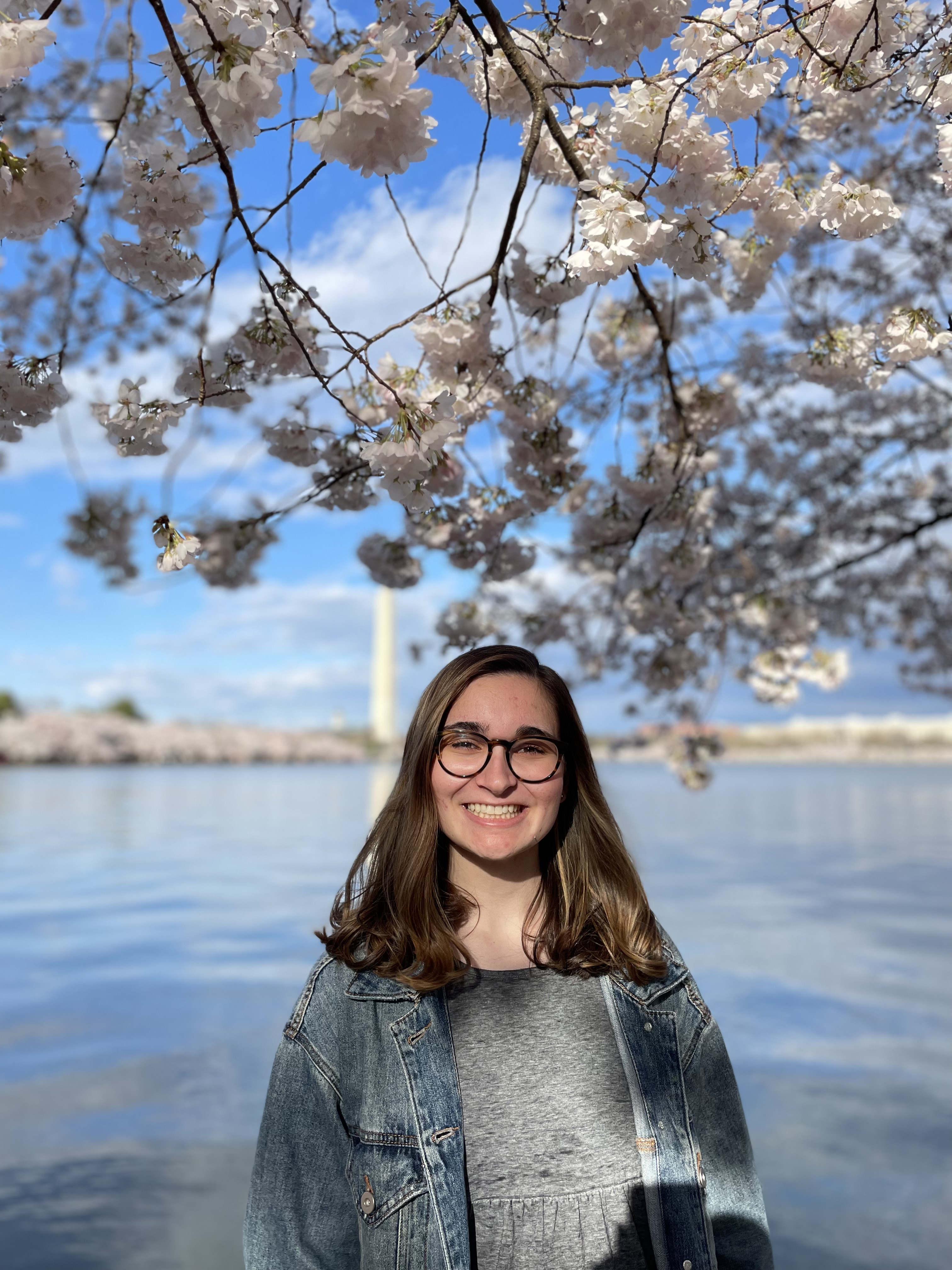 Sarah Craig
Sarah is the Voice's Executive Opinion Editor and resident higher education enthusiast. She is a first-generation student studying Culture and Politics and Creative Writing. 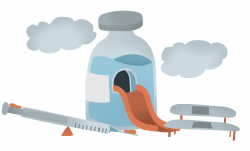