Betsy DeVos, the nominee for secretary of education, has a lot of ideas about the present state of our public education system. In light of this, I’d like to share the story of my experience in public school.

My education has never been in question. I always knew exactly where I was going next. From Lore Elementary School I would go to Fisher Middle School. From Fisher I would go to Ewing High School. In front of me was a free, inclusive, public education, and I was to take it and use it to succeed. You can imagine my shock, then, when my peers began to leave this safe, straightforward, and secure school system.

In fifth-grade, many of my classmates told me they were leaving to attend private middle school, claiming the need for a better education than they would receive at the middle school to which I was going.

In eighth-grade, a sizeable number of my peers began applying for private high school, saying Ewing was either too dangerous or not challenging enough, echoing rumors of gangs and violence. If I hadn’t known better, 13-year-old me would have thought that public high school was filled with delinquents and idiots who would corrupt my education and turn me into a terrible person.

Four years later, when announcing my college choice, I got used to hearing: “Wow! It must’ve been hard to get into Georgetown from Ewing.”

When I hear people speak badly of or look down upon my public school experience, I am enraged. I wish the people who continue to look down upon my public education could spend a day with me in my high school. They would not see a crumbling school system, but students striving to learn and teachers finding new ways to teach them. They would not find students coasting to good grades, but students challenging each other in AP English and Calculus classes; students being pushed to their intellectual limits. They would not find danger or gangs, but a diverse, vibrant, loving, unapologetic, and intersectional student body that is proud to attend public school.

The purpose of public education is to educate all of America’s children, no matter color, creed, or socioeconomic status. In public schools, all children are guaranteed to learn addition, subtraction, reading, and writing. They are guaranteed certified teachers and facilities. An education can lift someone out of poverty. It can open doors to new careers someone never dreamed possible. There is not a greater American promise than education.

Our public schools are far from perfect. They have become segregated due to demographics and district lines. The schools in inner cities and rural areas don’t receive the same funds as their wealthier suburban counterparts. These schools underperform as a result, causing America to fall behind other nations in education rankings. There is always a need to make public schooling better.

Instead, she has advocated for voucher programs and the defunding of public education. She wants to use public funds for private education in the form of voucher and school choice programs. Pulling students out of public schools in favor of charter or private schools, which according to The Washington Post often do not prove to be more successful, will result in decreased funding for public schools. This will further disenfranchise students in poor, underfunded districts. DeVos sees public education as a damaged ship, but instead of trying to repair it before it’s too late, she will send in a rescue boat fit for only a few. She will allow the rest of the ship to go down, without care for the casualties that will ensue.

DeVos claims to be an education activist who represents children and families, yet her abysmal record with Detroit’s public school system, her campaign for the privatization of education, and her uninformed responses during her senate confirmation hearing prove she is not worthy of the title “activist,” let alone secretary of education. She is not fit to steer the ship.

I spent 13 years on that ship. My two younger sisters are on it. Ninety-one percent of American children are on it. One day, my children will be on it. We cannot let it sink.

Beth is a sophomore in the College. 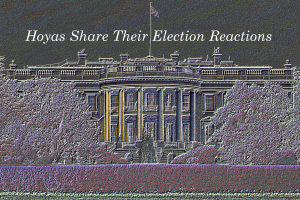