Windows can be an opening to the outdoors. They can provide glimpses into enclosed, secret rooms or become gateways to unreachable places. But the square or rectangular shape of windows can also be limiting, restricting our view to a simple geometric scene and shaping our eyes to see a specific perspective. With the constant chaos of the world, a way to simplify our lives and give them reference and organization through the use of a frame can be tempting and beneficial. However, the shaping of a scene or viewpoint is not always so simple nor does it completely define something in a concrete way.

American artist Andrew Wyeth takes the subject of the window to explore the freeing nature of frames and the liberating effect of simplicity and lack of narrative within paintings. During his career, Wyeth created over 300 works centered on the use of a window or frame. The three room exhibit Andrew Wyeth: Looking Out, Looking In, located in the National Gallery of Art, displays a large collection of these paintings. Spending most of his time in Maine, Pennsylvania, and Delaware, Wyeth used watercolor and tempera to capture not only the landscapes but more importantly the emotional aspects of these locations through the view of a window.

When entering the first room of the exhibit, Wyeth’s spare, simple, and almost abstract style becomes apparent in the works that line the walls. His most famous piece, Wind from the Sea, placed prominently in the center of the room, beautifully captures the bleak, stark feel of the barren landscape that emerges from the large window. Underneath the white, dismal sky lies an empty, yellow and brown tinged field lined with dark trees in the background and two thin tracks that traverse the terrain. A tattered, lace curtain blows in my direction, adding to the bleak and lonesome feel of the scene, yet adding a delicate touch to the barren, austere field. The only sign of human presence becomes myself. Without obvious narrative elements. Wyeth invites me, the viewer, to become a part of the picture, as though I am the one in the room looking out. Although the picture is simple, the emotional pull of the piece is strong, instilling feelings of loneliness and melancholy.

In the third and final room, located on the very back wall as if almost hidden from the exhibit, hangs a very simple and geometric portrayal of a white bench set up against a white, wooden wall with a window in the right corner. This all white piece, titled Off at Sea, caught my eye. Despite its monotone color scheme, the different shades and use of shadow create an air of mystery and austerity to the piece. The only change in color is the sliver of dark green trees that lie just above the windowsill. The scene appears empty, except for a single hanger that lays slightly askew on the wall. Outside the window, the desolate, cloudy sky instills a foreboding, almost ominous air to the scene. To the left of the picture is one of Wyeth’s rough drafts of this painting. In his previous sketches, he had included a young, shaggy haired boy sitting on the left side of the bench. In his final version, however, Wyeth took the boy out. Similar to his piece, Wind from the Sea, Wyeth seems to be inviting the viewer to provide the human element to the painting, reminding us of our own humanity. Although the style is not abstract and the bench and window create a strict, geometric style, Wyeth once again evokes emotion and feelings of uncertainty and wistfulness through the stark, simple, subject of the painting.

Windows can be limiting, providing certain viewpoints and shaping perspectives. Yet by leaving his scenes so plain and barren, Wyeth gives the viewer freedom to take a role in the picture and have a closer relationship with the location. Through the use of a window, he provides an avenue for us to enter into his pictures and figure out for ourselves what the painting means to us, suggesting that to get a complete picture, we need to be willing to take a closer look at what might be shaping our views. 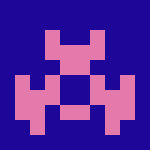