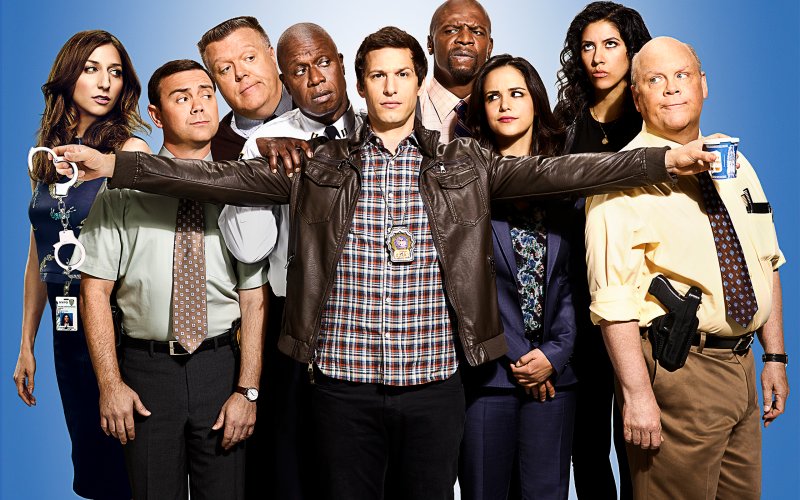 Tuesday night saw comedic cop sitcom Brooklyn Nine Nine return for its fourth season. For those of you unacquainted with the good folks down at the fictional 99th precinct, the cast is led by ex-SNL star Andy Samberg, who plays detective Jake Peralta. Peralta, despite his juvenile tendencies, somehow cracks the toughest cases with finesse and humor. Andre Braugher deftly portrays his ultra-serious boss, Captain Ray Holt (who ironically acts as a gay straight man), while Samberg’s straight-laced co-detective and love interest, Amy Santiago, is played by Melissa Fumero.

At first, Brooklyn Nine Nine looks a bit like what would happen if Parks and Rec switched its focus from the parks department to the police department. Both shows are similarly character driven and see most action and dialogue take place in the vicinity of the office. But Samberg’s show is noticeably faster paced and makes frequent use of flashbacks and cutaways à la Family Guy, which create a constant sense of motion that tempers the static workplace setting.

While the premise of the sitcom is anything but original, Brooklyn Nine Nine manages to sidestep tired cop show tropes. The diverse troupe of characters, which stars two Latina officers and a gay black police chief, reflects the reality of today’s demographics more accurately than nearly all preceding crime sitcoms. And while the show isn’t particularly political, it is not deaf to the police issues that have plagued the country in recent years. In one episode from season three, the precinct discards a positive image campaign in favor of an honest one. The chosen ad reads: “We know we can do better. Tell us how.” The episode is not only pertinent, it proposes a model of transparency that police stations nationwide would be prudent to adopt.

However, the show is not perfect. The writing tends toward clichés and Samberg’s acting, while comically adept, is more or less one-dimensional. Any standout performance from the cast would have to come from Braugher, whose consistent timing and delivery epitomizes deadpan acting, and provides a “straight man” to Samberg’s slapstick.

Brooklyn Nine Nine’s writers also seem unsure at times of which direction they want to take the show. At the end of season 2, Captain Holt left his position at the precinct only to see his replacement die off in the season 3 premiere, and was restored to his former post by episode 4. At the end of season 3, Jake and Holt were suddenly shipped off to a seemingly indefinite stay in witness protection down in Florida. Yet after the season 4 premiere, they have already made plans to return home to Brooklyn. Each time the series threatens to change course, the writers realize how big of a mistake it would be to change the successful recipe they started with. The makers of Nine Nine might just be teasing their viewers, but they are also keenly aware of past shows that have veered off course following drastic change, like The Office after Michael’s departure or the failed reboot of Arrested Development. Hopefully the show will not jump the shark after so few seasons, and the writers would be wise to continue heeding the old adage: “If it ain’t broke, don’t fix it.”

As a lighthearted yet conscious cop show, Brooklyn Nine Nine might be just what America needs right now. It humanizes our police officers. The cops of the 99th precinct might be incompetent at times, but they are upright protectors and servers of their people. At a time when the system is so obviously broken, it is reassuring to see a show that reminds us of the goodness of the majority of our policemen and women. 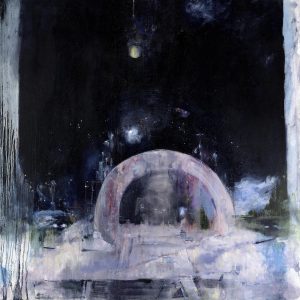 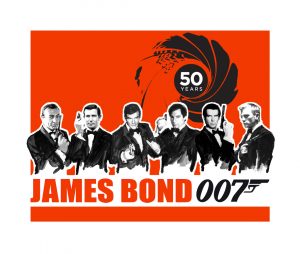