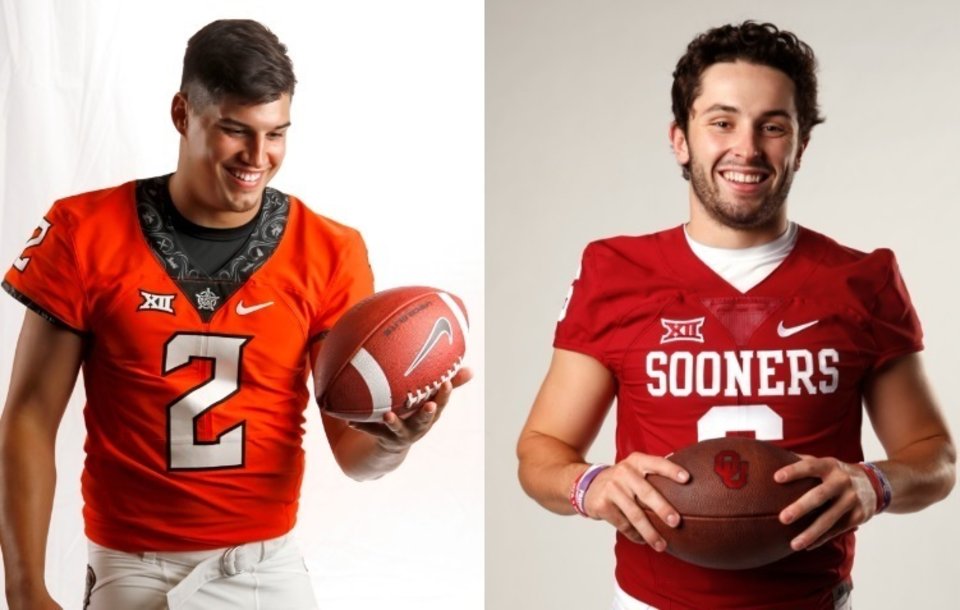 The two kings of Oklahoma

If you happen to be a fan of a cellar-dwelling NFL franchise, such as the New York Jets, San Francisco 49ers, or my beloved Buffalo Bills, you have heard two names all offseason in an attempt to take your mind off the gruesome season your team is about to undergo: Josh Rosen and Sam Darnold, of the UCLA Bruins and USC Trojans, respectively. Twins separated at birth from their long-lost parents, NFL Draft “experts” Mel Kiper Jr. and Todd McShay, Rosen and Darnold have dominated headlines with their combinations of size, arm strength, and decision-making seeming perfect fits for NFL football. While they will undoubtedly be millionaires come April, nobody wants to unwind on a Saturday night by watching a 6-foot-4 quarterback drop back with textbook footwork, go through his progression of reads on the defense, and then smartly opt to hit his tight-end for a seven-yard gain. Instead, it is those who dare to dazzle and choose not to conform who keep us on the edge of our seats. And so, the antidotes for the laudable but unsexy Los Angeles-based quarterbacks emerge in the form of the state of Oklahoma’s resident rock-stars, Baker Mayfield and Mason Rudolph.

In the college football hotbed that is the Deep South, Rudolph, of Oklahoma State University, and especially, Mayfield, an Oklahoma University Sooner, have won for themselves the unconditional love of millions of fans across the panhandle and across the country, even if they are not exactly cookie-cutter, NFL-ready quarterbacks.

Mayfield’s story is well known to most college football fans already. A 4A Texas high school state champion at Lake Travis High his senior year, Mayfield walked-on to the football team at Texas Tech University and, against all odds, won the starting quarterback job for the Red Raiders in training camp. After a promising true freshman year was derailed by injury, Mayfield shockingly transferred from the program, citing issues with receiving the scholarship he was promised and a “lack of communication” between himself and Head Coach Kliff Kingsbury. Mayfield chose to play his football at Oklahoma, where he had to sit out a season due to NCAA transfer rules. But an unexpected Christmas present came for Mayfield while he was not playing: Lincoln Riley, offensive coordinator at East Carolina University (where Mayfield had thought about transferring), had accepted the same position with the Sooners. Riley, ironically enough, was himself a walk-on quarterback at Texas Tech before retiring due to shoulder issues.

In what was both of their first seasons with the Sooners, Riley named Mayfield his starting quarterback ahead of established sophomore Trevor Knight, who had led Oklahoma to a Sugar Bowl victory the year before, and the rest is history.

Mayfield’s statistics have improved every year since he took over for the Sooners, with highlights including taking the team to the inaugural College Football Playoff in 2015 and leading them to a Sugar Bowl victory over Auburn last season. Operating in Riley’s high-octane offense, Mayfield completed a whopping 70.9% of his passes in 2016 for 3,965 yards. He threw 40 touchdowns compared to eight interceptions, and posted a ridiculous 196.4 passer rating. Both Mayfield and his favorite target, Dede Westbrook, finished in the top five for Heisman Trophy voting last season. Mayfield was celebrating touchdowns and victories so often he has even developed impressive moves ready-made for the dance circle at any school-sanctioned social mixer.

Baker and the Sooners are looking to build even further on what have been a very impressive few years for the program. A popular top-10 pick in many preseason national polls, OU crushed UTEP in the first week of the season before riding into Columbus, Ohio and handily dispatching the then-#2 Ohio State Buckeyes 31-16, whom the Sooners replaced at #2 behind Alabama the next week, leapfrogging the Darnold-led Trojans in the process.

Our guy Baker thunderously planted the Oklahoma flag at midfield on Ohio State’s turf postgame, issuing an apology afterwards that was appropriately halfhearted: “I got caught up in an emotional win, and yeah, it should have been something I did in the locker room, so I apologize for doing it in the middle of the field.”

Don’t, Bake, don’t apologize at all. You do you, brother. In planting the flag with as much power as your mid-fifth round physique could muster, you seemed so much more like an actual college kid than other robots who treat every Saturday like a job interview, while college football is, was, and always will be just a game.

While the Sooners of Oklahoma are riding high upon the pinnacle of college football, something special is quietly brewing eighty miles to the northeast in Stillwater. College football’s preseason #10 team, Oklahoma State dispatched Tulsa and South Alabama by thirty-plus points apiece in the first two weeks of the season, and has a Power Five matchup this week against Pitt before it begins Big 12 play.

None other than Mason Rudolph is under center for the Cowboys, a four-year starter who has had quite the career for himself in the black-and-orange. The ninth-ranked pocket-passing quarterback in the class of 2014 by Rivals, Rudolph made the trek inland from Rock Hill, South Carolina and took over the reigns for head coach Mike Gundy almost immediately. After playing in a bizarre quarterback-by-committee situation his freshman year–where he would lead the Cowboys down the field before J.W. Walsh would sometimes take over in the red zone–Rudolph has had a stranglehold on the starting job for almost three full years now. And the results have been impressive.

A true gunslinger in every sense of the word, Rudolph threw for 4,091 yards with 28 touchdowns and only four interceptions last season. In doing so, he led Oklahoma State to their second straight 10-win season. Leading receiver James Washington averaged a staggering 19.9 yards per catch with 10 catches going for over 40 yards and three for over 80 yards, a figure that led the nation and serves as a testament to Rudolph’s arm strength and bravado.

WalterFootball’s #7 quarterback in the 2018 draft class (which represents a good distance between himself and the Rosens and Darnolds of the world in both draft slot and rookie contract salary), Rudolph’s 6-foot-5, 235 lb frame allows him to distribute the ball all over the field with a flick of the wrist. But he is also cited as “staring down his first read,” a bold assertion considering Rudolph’s four-interception season was best in the country for quarterbacks who had started the full previous season. Oklahoma State has not built a reputation for producing star quarterbacks, with the best in school history being Rudolph’s coach, Gundy, and Brandon Weeden, who was seven years older than everyone he was playing against before he was inexplicably drafted in the first round of the NFL Draft at 27 years old, a move which pretty much cemented the Cleveland Browns as the most delusional professional sports franchise of the 21st century. As history has it, Weeden flamed out almost immediately, and it goes without saying the Browns are still the Browns. Thus, Rudolph will hope to become the first Cowboy to cement himself as a Pro-Bowl caliber quarterback at the next level.

Mayfield and Rudolph are two of the last of a dying breed of big-men-on-campus in America’s heartland, as in the modern era of football players it is the norm to ditch town before earning a degree. Instead, the two renegades will look to wrap up their illustrious careers in style, with no game bigger on the regular season schedule for either man than the 112th edition of Bedlam, the annual matchup between the two schools. Since Rudolph and the Cowboys took the Bedlam Bell in an overtime thriller in 2014, Mayfield has helped bring the trophy to Norman, Oklahoma in the two years since, and the result of the game on November 4th will go a long way towards shaping both men’s postseason fates and cementing their legacies on campus. Regardless of the outcome, however, these two signal callers have had remarkable careers for themselves, even if they have not gotten the attention from national media and draft experts they rightfully deserve. 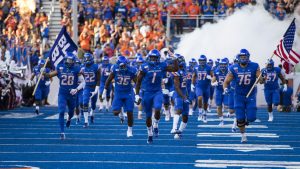 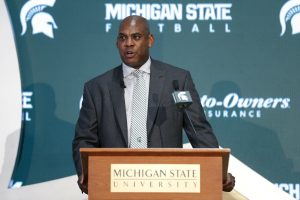