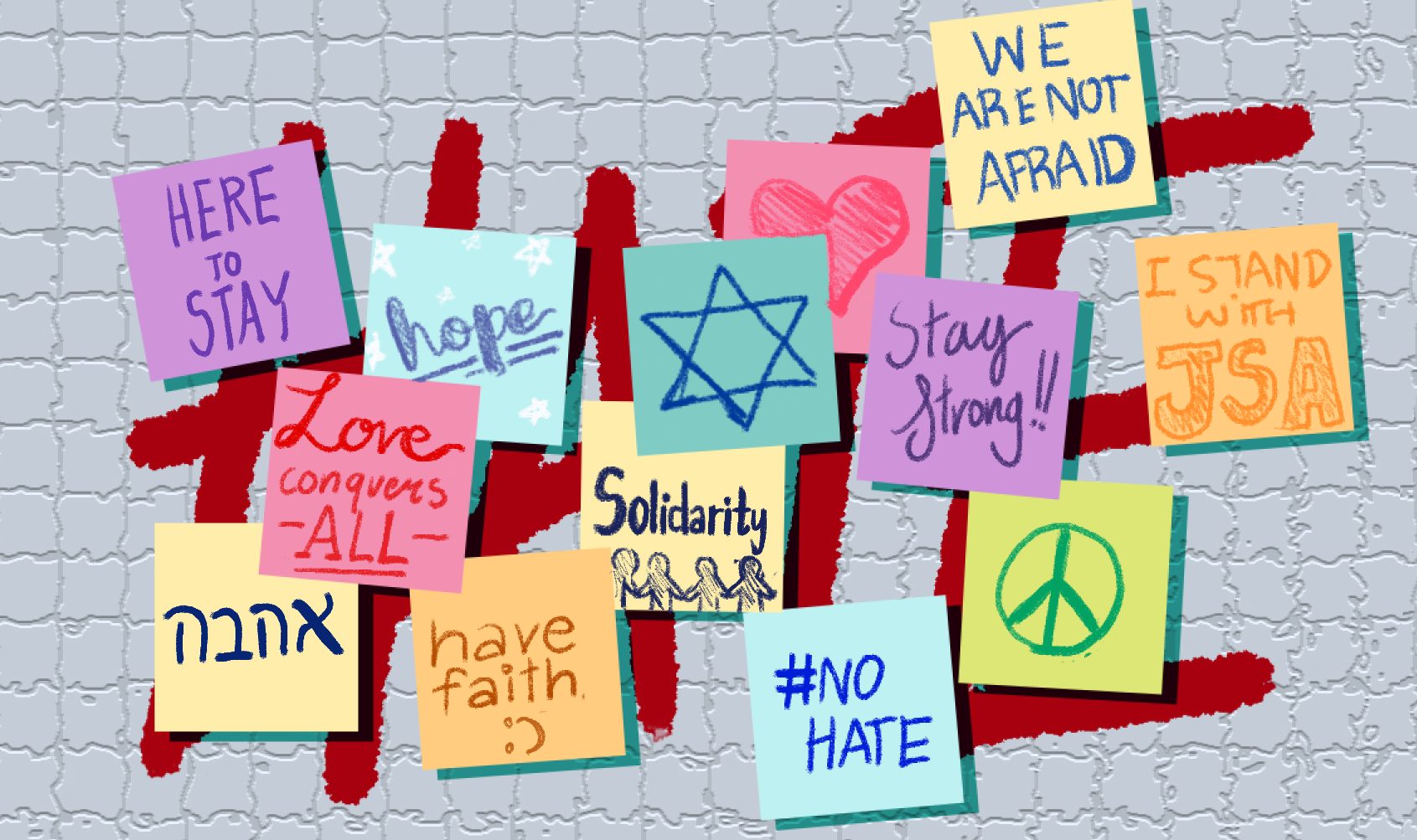 In an unacceptable trend of actions meant to intimidate and threaten marginalized communities on campus, four swastikas were reported on Georgetown’s campus in the first four weeks of classes. The first was found in a VCW elevator on Sept. 6; two more were found the next day in an LXR elevator. The fourth swastika was drawn on Rosh Hashanah, the Jewish new year, in an LXR women’s restroom alongside messages promoting violence against women.

Given the explicit, violent message that swastikas send, we stand in solidarity with the Jewish community. Jewish students belong on our campus and are integral to making our community thrive. Students of all religious backgrounds are welcome at Georgetown and must never face discrimination or hate on the campus they call home. This editorial board condemns these hateful acts of anti-Semitism and demands that the university put forth a greater effort to address and prevent them.

It is crucial to acknowledge the far-reaching impact of such hate crimes. The swastika is most famously synonymous with the murder of six million Jews, but it also targets people of color, Jehovah’s Witnesses, the LGBTQ community, and people with disabilities. We as a community cannot stand for such cruel expressions of hatred and intolerance.

Preventing and addressing bias and hate crimes requires a joint effort by students and staff. The university has resources in place that students should utilize; posters around campus advertise the important message, “If you see something, say something.” Students who witness campus bias should submit reports to the Georgetown Bias Reporting System on the university website or call GUPD and download the LiveSafe app.

More must be done on the part of the administration to call these heinous acts what they are. Following each of the first two discoveries of swastikas, Todd Olson, vice president of Student Affairs, and Reverend Mark Bosco, S.J., vice president for Mission and Ministry, emailed the student body to inform them of the occurrence and to “condemn all acts of anti-Semitism, Islamophobia, racism, and any form of hate.” After the fourth swastika was found, university President John J. DeGioia emailed the student body as a further affirmation of solidarity with the Jewish community and a rejection of “hatred, racism, bigotry, anti-Semitism, sexism, and Islamophobia.” While the administration was right to condemn such hateful acts, it failed to adequately describe them in early correspondence with the students.

The first two emails referred to the events accurately, but too ambiguously, as “bias-related incident[s].” It was not until the third email that President DeGioia recognized the graffiti for what it is: “an abhorrent act of anti-Semitism.” Failing to call these incidents what they are, acts of anti-Semitism, limits Georgetown’s ability to send a message of inclusivity and to properly handle the seriousness of these incidents.

While this may seem like an instance of semantics, its importance cannot be overstated.  In March 2009, 10 instances of anti-Semitic or anarchist graffiti were reported to GUPD (known at the time as DPS) within a week, but it took the university nearly three days to inform students via email, and the Senior Jewish Chaplain, Rabbi Harold White, did not find out about the graffiti until Jewish Student Association (JSA) students told him. Those who may be specifically targeted by an act of bias deserve to know, and to see the university condemn the threat to their safety and place on campus.

It is time that the Georgetown community—students and faculty alike—takes responsibility for creating a welcoming and inclusive campus environment through concrete action. In spring 2009, students responded to the anti-Semitic graffiti with a rally in Red Square to protest religious intolerance; such a display would be relevant now, when it can seem as though many students treat these issues like just another email to quickly click through.

Student organizations must also step up to display inclusivity and solidarity with their fellow Georgetown students. It is up to all of us to create an environment free of hate and fear, and students and their organizations should not take this challenge lightly. When news broke of the fourth swastika found on campus, members of the JSA and other students chalked Red Square with messages of courage and belonging.

Georgetown has a strong tradition of interfaith dialogue and action, with examples like the Interfaith Sandwich Making Coalition or the countless examples of relations between the Jewish and Muslim student associations. Now more than ever, efforts like these are important for the creation of an inclusive and safe campus.

In March 2005, Georgetown held a hate crimes forum in response to 17 “bias motivated incidents” that had occurred over the previous two semesters, mostly concerning race, sexual orientation, and gender. The discussion highlighted the problem of overly stringent criteria defining hate crimes, and weighed the importance—and limits—of engaging in dialogue about diversity. Georgetown should revive this discussion to determine how to properly identify hate crimes and hate speech as well as outline punishments for students who commit such crimes. As those who call this campus home, students should be involved in these conversations with the university so that their voices are heard on issues that directly impact their safety, and an event similar to a town hall or forum would be an excellent platform for this.

Georgetown’s recent anti-Semitic graffiti is part of a threatening trend across the country. Last week, a swastika was found carved in an elevator and a racial slur was found on an African-American student’s whiteboard at Drake University in Des Moines, Iowa. This wave of hatred occurred in the wake of the racially-motivated violence in Charlottesville, where the University of Virginia is located, in August.

Georgetown needs to embody solidarity in action. The university continuously describes the value of diversity as part of our Jesuit heritage. For the sake of our Jewish community and all those threatened, we must create a Georgetown that lives up to that promise. 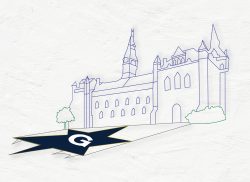