Experts on child development and the Syrian crisis came met in the HFSC Social Room on Oct.10 to explain the problems facing young children caught in the crisis and explore potential solutions. This event, which was part of a larger conference on early childhood development in Syrian refugees, was co-sponsored by Georgetown University’s Center for Child and Human Development (GUCCHD), the Wash School of Foreign Service, and the Global Health Initiative.

After initial speeches laying out the problems facing refugee mental health, experts convened in a  two day conference to develop a proposal for improving conditions in Syria through scholarly research, policy and leadership, service, and direct implementation. “Our concept is—how do we develop folks on the ground who know how to address mental health, how to address disabilities for very young children?” said Neal Horen, the director of GUCCHD.

The Global Health Initiative at Georgetown, which provides financial support for issues of global health, provided most of the financial backing for the conference. “The whole idea is that you would pull together folks from across departments and disciplines at Georgetown, work collaboratively around some international health issue,” Horren said.

Experts on child development and Syria, including Mohammad Sahloul, senior adviser to Syrian American Medical Association and Robert Corso, executive director of the Pyramid Model Consortium,  spoke about their own experiences working on issues of refugees in the Middle East. Horen stated that these speeches, given by those who have hands-on experience working with refugee children, were important to tend to the psychological needs of very young children, especially given the trauma many of them had experienced as refugees. “These adverse experiences in early childhood can have tremendous long term consequences and they’re magnified to the nth degree for folks who’re experiencing what they’re experiencing in the Syrian refugee crisis,” Horen said.

Speakers also addressed larger problems affecting the area which contributed to the mental health of children, namely circumstances in the Middle East. Maliha El Sader and Huda Muasher spoke about circumstances affecting their home countries of Lebanon and Jordan, respectively, and speakers stated that it was important to treat the root cause of the problem—the massive displacement of individuals in Syria. “Of course we should treat the symptoms [mental health problems caused by the war], but we should stop the cause of the crisis in Syria. Unless we stop the cause, then this will continue to happen,” Sahloul said.

Carys Nally, an exchange student from Scotland, said the event helped her to contextualize her own experience volunteering in a refugee camp. “I spent two weeks in the summer in [a refugee camp in France] volunteering and I saw the impact on kids and families there and I arranged to learn more about mental health issues,” Nally said. 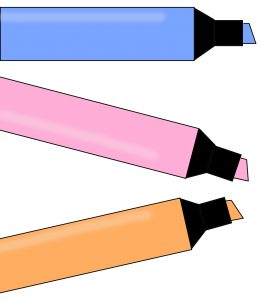