Home » By The Numbers » Concert Review: Cigarettes After Sex Knows Its Niche, But Fails to Impress at the 9:30 Club 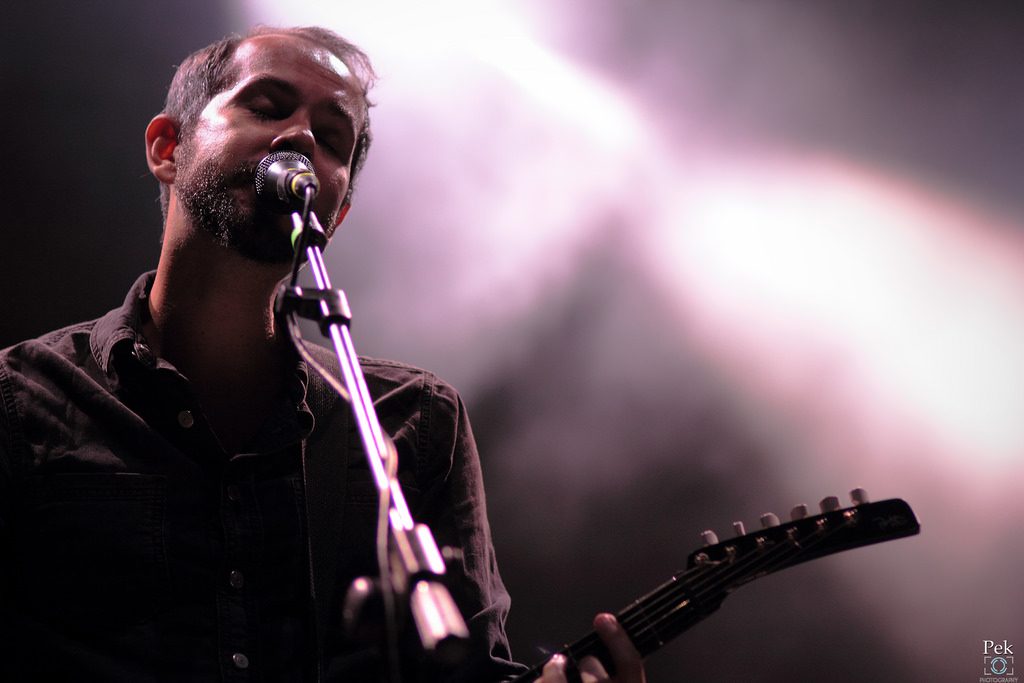 Concert Review: Cigarettes After Sex Knows Its Niche, But Fails to Impress at the 9:30 Club

Everything about Cigarettes After Sex is on brand: their album artwork, their stage lighting, their outfits, and even their salt-and-pepper hair reflect their subdued, grayscale aesthetic. At their show on April 2 at the 9:30 Club, the band put this aesthetic on full display for a tight, hour-long set.

As the band opened the show, beginning promptly at 8:30 and playing “K.” from their self-titled album, they immediately set the tone for the rest of the night. Greg Gonzalez, the band’s frontman, sported an all-black jeans, leather jacket, and t-shirt combination, and whispered about falling in love at a diner in his distinct falsetto. The band spent their remaining time onstage following essentially the same template. Strictly black, gray, and white were allowed on stage, from the band’s outfits to their instruments; past relationships—framed through vignettes describing the simple situations that sparked Gonzalez’s infatuation—made up the bulk of the topic material in each song and only soft, melancholic, and repetitive chords echoed from the self-serious supporting instrumentalists. This formula, while a reliable recipe for two or three songs, quickly grew tired as the show progressed. The result was a sleepy, unengaging performance that only mustered enthusiasm from the crowd between songs, and at the end of the show.

The crowd, clearly familiar with the band’s repertoire, occasionally sung along to the most popular songs, but Gonzalez was unable to build or maintain any excitement, and the audience reliably fell into motionless disinterest a minute into every song. This was especially noticeable on “Apocalypse,” a song the band began to great applause, but one that lost audience attention after its chorus. The band’s inability to maintain enthusiasm seemed to be due equally to the material’s already moody, laidback nature, and their own lack of energy. Though it fit with the band’s aesthetic, the musicians appeared unexcited an uninterested in what they were doing, and didn’t appear to be particularly passionate about their music, making it even harder to become invested in the performance.

Standout tracks, especially “Nothing’s Gonna Hurt You Baby” and their cover of REO Speedwagon’s “Keep on Loving You,” make for fantastic background music, and set a distinct mood that is inoffensive, yet hip enough to be appropriate for almost any situation. However, this combination made for an underwhelming live performance, despite the audience’s eagerness and excitement. For a truly memorable experience, Cigarettes After Sex needs to engage more with their audience, and put more effort into both building and maintaining energy throughout their show.