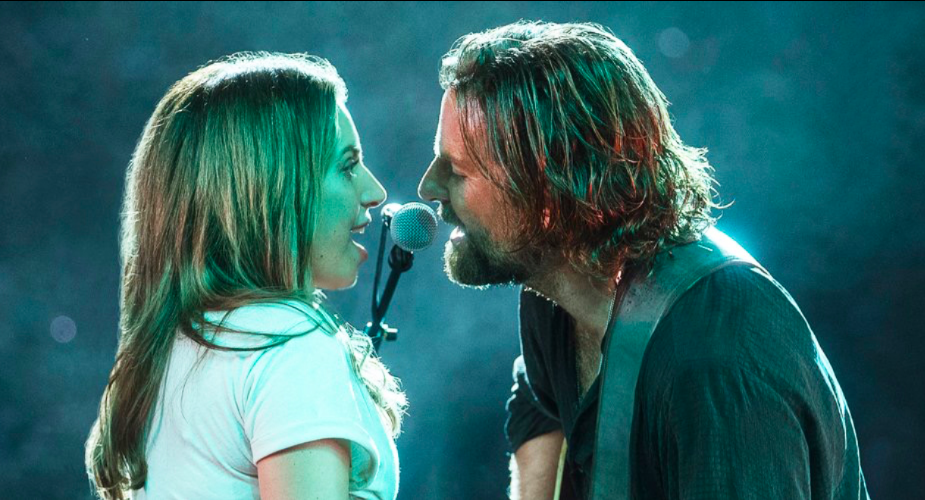 Late into the final act of A Star Is Born, a character observes, “There’s only 12 notes, and the octave repeats. All an artist can do is offer the world how he sees those 12 notes.” That’s exactly what Bradley Cooper does in his directorial debut—the third remake of the 1937 film following the arcs of two lovers (one tragic and one triumphant) as they chase immortality. Though the plot hews closely to the iterations that came before it, especially the 1976 version starring Kris Kristofferson and Barbra Streisand, Cooper’s take revitalizes this enduring fable, grounding it in two stunning performances.

We hear the frenetic world of Cooper’s country rockstar Jackson Maine before we see it. The opening credits roll, and we are flung into the heat of a raucous concert venue, cinematographer Matthew Libatique’s camera moving with the same restless energy as its subject. (His style matches Cooper’s blending of classic Hollywood grandeur with a feverish contemporary energy.) Despite the crowd’s roars, post-concert finds Jackson rummaging for another bottle to ease his journey to the next tour stop. Emerging empty-handed, he instructs his driver to pull over at the nearest bar. It is here that he encounters Ally (a sublime Lady Gaga in her feature film debut), a server who moonlights as a performer and mesmerizes Maine with her magnetic rendition of “La Vie en Rose.” They drink and flirt and wander, the convergence of their paths inevitable by the end of the night.

Hat pulled low over his bearded face, Jackson is a seasoned veteran of an industry that is as suffocating as it is transcendent. Cooper plays a grizzled and weary Jackson, providing nuance to the familiar story of the celebrity substance abuser with moments of naked vulnerability. Arguably the best performance of Cooper’s career, his Oscar hopes are boosted by the fact that he produces, directs, writes, and sings—an auteur in the making.

In an interview with The Georgetown Voice, Cooper spoke about his transition from actor to director: “I had the technology and the lenses and the lighting and coloring at my disposal to tell a story. I always loved directors that [adhere to] ‘form follows function’; there are no arbitrary moves. What I try to do with this movie is compose shots and have the camera move in a certain way or shoot a character in a very specific way that you feel something from that point of view without really knowing how you’re being manipulated.”

As both the film’s titular star and the steadying center in Jackson’s chaotic life, Ally’s face is often filmed reverently, especially when we see her through his eyes. In a Q&A with university President John DeGioia, Cooper explained how he pursued Gaga for the role after seeing her perform Edith Piaf’s signature song at a cancer benefit. Their real-life meet-cute in Gaga’s home—when, Cooper quipped, he discovered what Gaga actually looked like—confirmed their instant connection.

Inhabiting the wide-eyed ingénue and mouthy firebrand within the same breath, Gaga delivers an expressive and honest performance. In her hands, Ally is no mere casualty of Jackson’s downward spiral; though Cooper’s character opens the film, the title card—emblazoned across a shot of Ally twirling away from a restaurant shift—signals the story’s true protagonist.

“It was exciting cinematically to acknowledge the other films, and I wanted to do that and pay respect to them,” said Cooper. “There’s little things: She [Ally] walks up the ramp, and she’s singing the preamble to “Somewhere Over the Rainbow” which is what Judy Garland sang in The Wizard of Oz—although she never sang the preamble [in A Star Is Born (1954)].”

Cooper and Gaga’s easy chemistry carries throughout the first act of the film—from their impromptu first duet in the supermarket parking lot to their electric first performance on Jackson’s tour. Some interactions—like when Jackson peels off Ally’s taped on eyebrow or he shows up unannounced in her bedroom—suggest the beginnings of a lopsided power dynamic. Yet this is a relationship born out of genuine love between two characters who need each other (and Gaga’s Ally is too feisty to allow a jaded bigshot to dictate her life). It’s fascinating, and devastating, to watch their relationship grow brittle as the pair grapples with their shifting roles in the life they have made together.

When asked what he wanted audiences to take away from A Star Is Born, Cooper said, “I wanted to tell a story about how hard it is, even when two people love each other. There’s no infidelity, there’s no looking at other people; these two people are completely committed to each other and even with that it’s hard, and why is it hard? I also love music, and I thought the best way to communicate—the purest way one can communicate—is through song and voice, because you can’t hide.”

At the dawn of their romance, as Ally turns her back to leave, Jackson calls out to her: “I just wanted to get one last look at you.” In many ways, A Star Is Born ends where it begins. Lifting her face, our protagonist permits one last look before she becomes myth, marking an addition to the American canon that is near perfect. 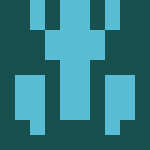