Trailer Take: Isn’t it Romantic, The Aftermath, and Green Book 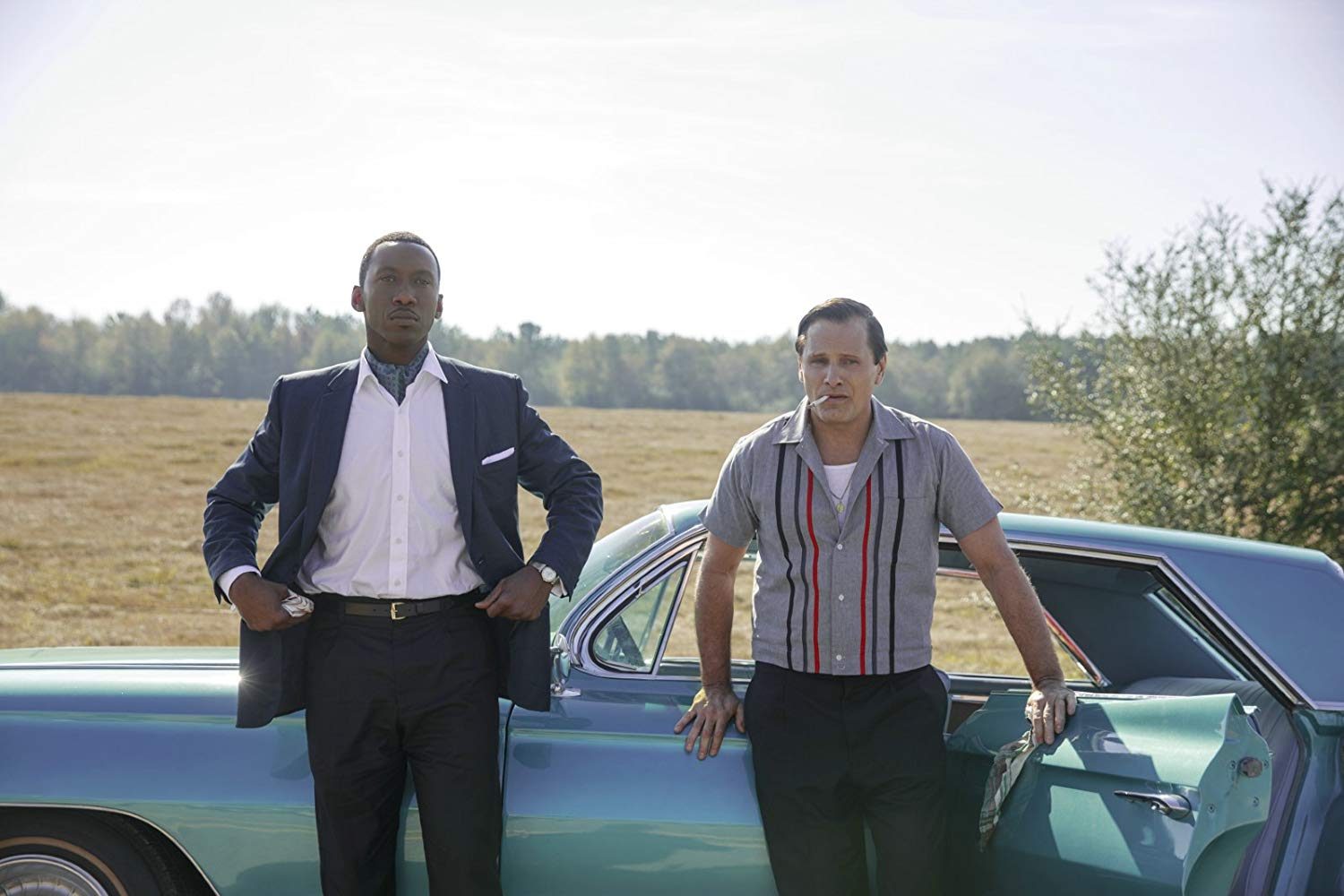 Margaret: This trailer was sent to my apartment’s group chat almost the second it dropped, and my first reaction was “Isn’t this just I Feel Pretty (2018) but with a different blonde comedian?” After watching it a second (or third) time, though, I do think this actually looks entertaining in a way I Feel Pretty never really was. I’m excited to see Rebel Wilson in a role where she isn’t relegated to the crass sidekick. At the same time, I’m a bit confused as to why Priyanka Chopra appears (in her radiant beauty) for about five seconds of the trailer, yet is billed before Wilson in the promotional materials. I’ve never been one to rush to see rom-coms in theaters, but Isn’t It Romantic seems like a good mix of meta-humor and inevitable love story, for a fun night with friends who are equal parts romantics and cynics. If it can keep up that self-awareness, and avoid devolving into a typical rom-com— but still have plenty of shirtless Liam Hemsworth— it’ll be worth a ticket!

Juliana: This trailer popped up in my Instagram feed this weekend, and, honestly, I’d just like to say it: thank you, Instagram. There are so many incredible things in this clip. First of all, can we talk about how it includes all the best rom-com bops like  “Pretty Woman,” “I Wanna Dance With Somebody,” AND “A Thousand Miles?” That alone had me hyped as I was jamming to all these tunes. And the cast is also incredible, like, Liam Hemsworth is in it? And Priyanka freaking Chopra? I’m dead, and I haven’t even gotten to the part where Rebel Wilson seems like she absolutely kills it in this role. I, too, would probably call 911 if I got trapped in a rom-com where I got to wear cute shoes but couldn’t curse. To be honest, I don’t think I’ve ever been this excited for a Valentine Day’s film, but the movie’s self-aware jokes and Wilson’s charm makes me look forward to watching it.

Nicole:  Funnily enough, this trailer also popped up on my Facebook feed, and I was initially like yawn. I mean, romantic comedies are such a hit-or-miss nowadays. But I will happily rock up to this one on opening day in a pink dress, with a large helping of popcorn, and my heart on my sleeve —ready to open myself up to love. From a stellar cast, to a banging soundtrack, Isn’t It Romantic ticks all the boxes for me. Will it be a groundbreaking, Oscar-worthy cinematic experience? Probably not. But will it make me laugh and want to dance around Georgetown waterfront singing Whitney Houston? Absolutely. I will commend any film that can melt my icy heart, which has been made cold by my four assignments due this week. The fact that the trailer has already gone some way in accomplishing this is a feat I do not take lightly.

Margaret:  I’d like to say I’d dare Keira Knightley to do a movie that is not a period drama wherein she plays a fierce mother falling in love with a man who she is not supposed to under the nose of her husband (who usually isn’t all he’s cracked up to be). And yet, I don’t want to watch her do anything else. Luckily, The Aftermath doesn’t look like it’ll deviate from Knightley’s well-worn pattern. I won’t be going to the theater to see it, but I will definitely spend at least a day binging it with her other (similar) classics like Anna Karenina, The Duchess, Collette, and even Pirates of the Caribbean (which I would argue fits into the period dramas better than one might think). Nevertheless, The Aftermath looks like it has beautiful people and beautiful tension, but it will be interesting to see how that translates to the box office.

Juliana: I would like to begin this Take by saying that I love Keira Knightley. She’s an amazing and incredible actress, but I still think that having roughly 50% of a trailer being her staring into the unknown is a bit of an overkill. I would also like to say that, for a minute, I thought that her romantic counterpart, Alexander Skarsgård, was the creepy clown from It (2017), but Wikipedia tells me that, apparently, the creepy clown is actually his brother, Bill Skarsgård. I know these comments are probably irrelevant, but I think they pretty much summarize how I feel: I’m not a huge fan of historical or period dramas, and I tend to get more excited about the cast than which World War is currently being portrayed on the big screen. The movie looks gorgeous, and the story seems to have more of a gray area when it comes to good and evil, something rare in war films. It certainly looks like it’s bound to be an interesting watch if you’re a fan of the genre. I’ll probably end up skipping this one, but I’ll definitely be adding it to my on-going list of why Keira Knightley deserves an Academy Award.

Nicole: Ah, yes. BBC. Period drama. Keira Knightley. Sexual tension between main protagonists as violins soar in the background. Beautiful ballroom scenes. One steamy sex scene that they show on the trailer to entice a horny audience. It is a formulaic, but relatively moving and powerful, trailer. However, after watching it, I still have absolutely no idea what the film is about, besides the fact that it takes place post World War II. I bet the A+ I got in high school History that The Aftermath will get Knightley nominated for an Academy Award. Regardless, I don’t think I’ll be spending money on this.

Margaret: The end of this trailer was my favorite part— not even because it was over, but because I actually laughed out loud at the gag over littering. It’s that parallel between real, comfortable humor and the seriousness of the experiences the characters look like they are facing that make this movie so intriguing. Just from the trailer, Mahersala Ali and Viggo Mortensen (who I definitely did not recognize from Lord of the Rings here) seem to effortlessly fill their roles to explore a side of the black American experience that I, at least, have not seen before in a major motion picture. I’m living for Sam Smith in the soundtrack and, out of all the movie trailers we’ve watched this week, Green Book’s has been the one that might actually motivate me to see it opening weekend.

Juliana: Viggo Mortensen and Mahersala Ali being buddies on a road trip is the Christmas movie I did not know I needed until now. The soundtrack is amazing, and the premise is really interesting. The film seems to handle quite well the balance of deep, thought-provoking moments and hilarious jokes. And, boy, the jokes are good— even if half of them are about fried chicken. Mortensen and Ali also seem to be very comfortable in these roles, and it honestly wouldn’t surprise me if they ended up in the Oscar running with this one. This is one that I do not want to miss.

Nicole: A slick, cleverly-constructed trailer never goes amiss. Green Book strikes me as an impressive, ambitious movie about music, racism, and friendship in a time of segregation. I will absolutely be seeing this, and, most likely, crying over it. The soundtrack is striking, and clearly carefully chosen for the most emotional resonance. Once the trailer ended, I had to stand up to shake the goosebumps away. The film has already swept up numerous awards, from People’s Choice at TIFF to Screenwriter of the Year at the Hollywood Film Awards. I, too, absolutely see an Oscar on the horizon. 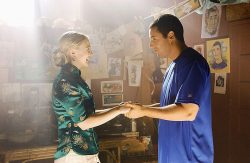