Lost in the Machine: Self-Expression in Virtual Spaces

The color of my skin and my accent have always made it difficult for people to identify my ethnicity. This first became apparent in primary school, when my classmates were shocked to find out that I’m Indian. I was constantly asked, “Why are you white?” and “Were you adopted?”, making me question what culture and community I belonged to. I had no obvious proof that I identified with the community that I did: I didn’t wear traditional clothing, I couldn’t speak Hindi, and I had only visited India once or twice. Because of the rejection I had experienced from my peers, I rejected my ethnic identity for most of my childhood by adamantly proclaiming that I was only Australian. I did not feel comfortable being in limbo.

My experience is not the norm. I was only able to assimilate with my classmates because of my skin color. Being white-presenting is what allowed me to code switch so easily. For many people, their race and ethnicity are inescapable parts of their identities.

But what if you could change aspects of your identity so quickly that code switching and fitting into societally- prescribed standards was as easy as changing outfits? What if the different components that are so integral to who we are suddenly became impermanent? Today, in the realms of social media and gaming, the ability to be someone else is a mere signup button away, putting into question how we define our true, authentic selves.

On multiplayer virtual game platforms such as Second Life, your character is an extension of you. Customization, from the way you look to the jobs you perform, is elemental to the game. Even in Fortnite, an action-centered game where identity customization is not essential to the experience, different skins, objects, emotions, and dance moves are all available for purchase for the sole purpose of self-expression. These possibilities to constantly create and recreate yourself can be a source of entertainment and freedom. But they can also be dangerous, threatening to replace our authentic identities with artificially-curated selves.

My Instagram is where I present all the artsy things I do. There are pictures of my trips to far-away places, the underground events I’ve gone to, and lots of cool-looking food. My bio, which summarizes the most important aspects of myself, has an Australian and Emirati flag, but not an Indian one, because that would go against the identity that I have subconsciously curated to fit in with the mainstream. It was only after writing this piece that I chose to add the third emoji flag to my profile.

The limitless possibilities and the ability to cover or change identities online enable people to more easily conform to the beauty standard of the dominant culture that surrounds them, just as I was able to cover my Indian identity because of my convenient skin color.

Moreover, making a curated identity in a virtual space means submitting to the corporations who own the program you’re using. The possibilities of who you can be in a game or virtual platform are limited by the amount of money you can spend. This gives the owners of virtual programs control over people’s identity creation and allows them to profit from self-expression and theft of culture, just as the creators of Fortnite did by using dance moves introduced by famous rappers without giving credit or asking permission. That’s not to say that corporate control of identity creation and expression didn’t already exist. It is prevalent especially in the world of fashion and clothing companies, which profit off of a person’s desire to both conform and create their own persona.

However, the key distinction between clothing companies and virtual spaces is that people can opt out of buying expensive clothes while still being able to engage with others socially. While clothing is a way to create your identity, it is not by any means the only one. But when the virtual space in which interaction happens is owned by a corporation, the owner of that space has the power to decide the available means of self-expression and their monetary worth, making it hard to opt out of existing options and still participate in the game.

So, what does this mean for the future of fashion? Despite its flaws, virtual reality may enable people to be more creative with their designs and expression by removing some of the limits that the physical world places on us.

But as I look at virtual spaces such as Second Life, where fashion is one of the largest drivers of the economy, it is clear that fashion has become another way for the owners of Second Life to profit off of creatives through transaction fees.

Yet, it also means the freedom to express yourself will be decided by the people who own the spaces that you feel compelled to engage with. The ability to break norms and push boundaries will be determined not only by the courage of the individual but also by the limitations imposed on those spaces by the authority that owns it: What you can and can’t do to express yourself on Facebook is determined by Facebook.

Second Life only has 700,000 “residents,” which comes nowhere near the number of Facebook or Instagram accounts that exist. But with the race to develop the first truly immersive virtual reality experience and the virtual space that is created as a result, it’s important to examine the consequences that these new worlds have on our ability to express ourselves as individuals and the role that organizations play in enabling that self-expression.

Having the essential components that represent my identity and heritage easily accessible on a marketplace terrifies me. Because I am constantly told by the people around me who I should be, I’m scared that I won’t have the willpower to remain as I am and that the traits that make me who I am will simply fall away like the fashion of last season. 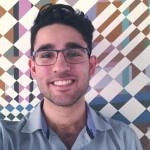 Letter from the Producers 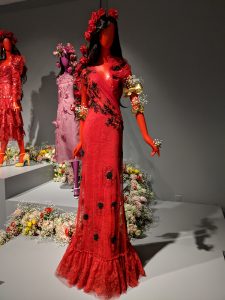 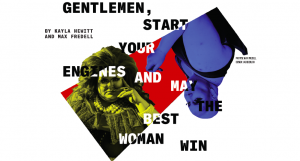 Lost in the Machine: Self-Expression in Virtual Spaces – Calvin Dass