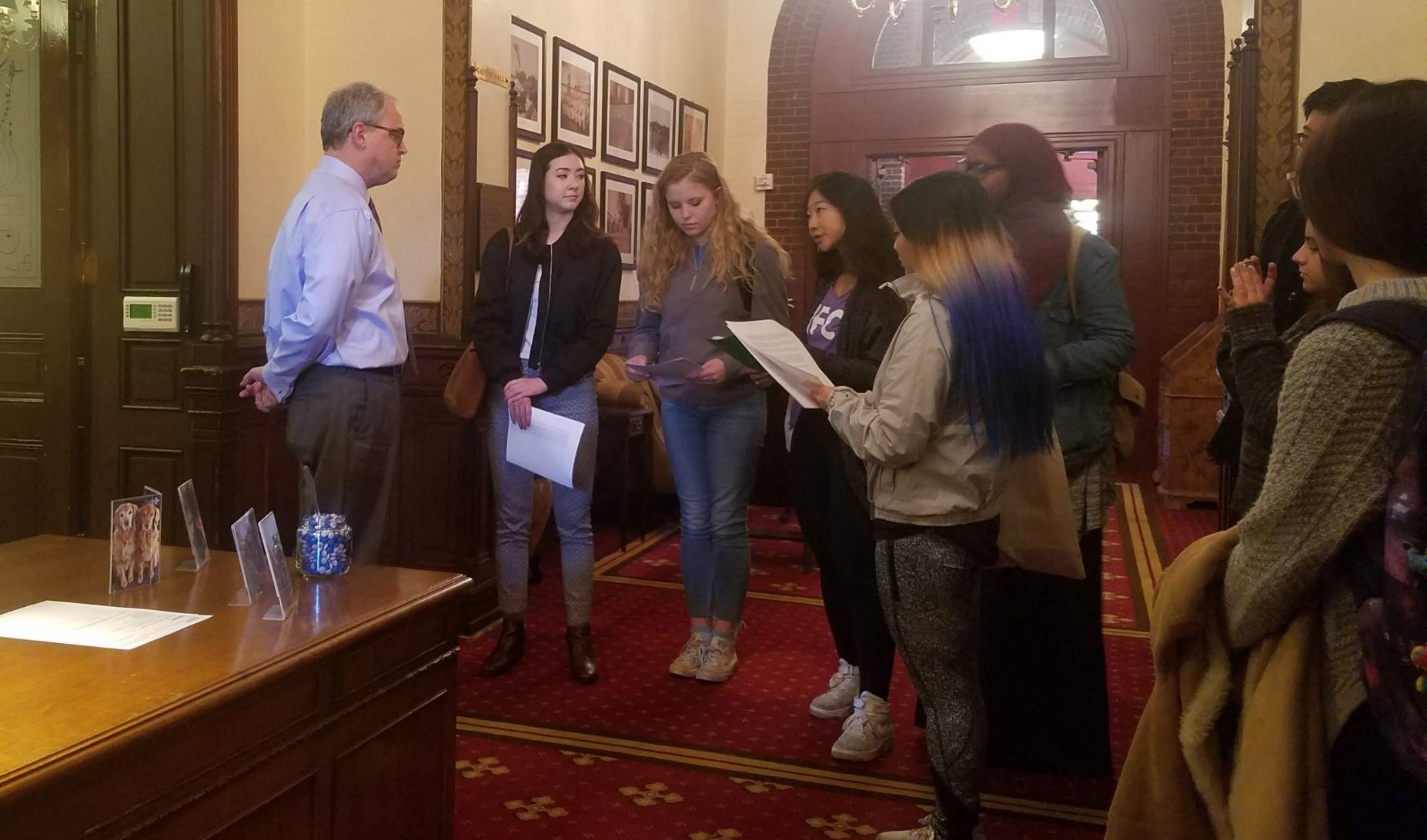 The proposed changes would redefine sexual harassment and its reporting process, require schools to respond only to allegations that directly affect campus activities, and allow the attorneys of accused perpetrators to cross-examine accusers.

The letter is addressed to University President John DeGioia and other administrators. STAIV wrote that the proposed modifications to Title IX procedures would discourage survivors from reporting sexual abuse by making the process more difficult.

“These proposed rules contain a number of provisions that roll back survivors’ rights and would make students across the country less safe,” the letter reads. “As a whole, these rules are shameful attacks on hard-won protections for survivors and make the Title IX process less fair for all parties involved.”

Some of the students who started STAIV were authors of an Aug. 31 letter to administrators about the vacant Title IX Coordinator position in Georgetown’s Title IX office. Title IX Investigator Samantha Berner has been serving as the interim coordinator since Laura Cutway left Georgetown in June. Avery Moje (COL ’19), who worked on the August letter, said that STAIV has been aware that DeVos was preparing to introduce the proposed changes, and that the group was ready to act when they were announced.

“We have been working on this and working on how we’re going to ask the university to take steps forward in light of these regulations; that’s been an ongoing process since the formation of STAIV,” Moje said.

STAIV’s letter demands that Georgetown announce to the student body which Title IX practices will change, host a town hall to allow students to ask questions about the changes, submit an official public comment to the Department of Education denouncing the revisions, and ask other Catholic and Jesuit institutions to oppose the new rules. In a statement, Rosemary Kilkenny, vice president for institutional diversity and equity, wrote that the university’s current Title IX processes will remain in place.

“We will continue to focus on education and prevention, support for survivors, and prompt and equitable processes to respond to reports and complaints of sexual misconduct,” Kilkenny wrote. “We will carefully review the Department of Education’s proposed Title IX regulations.”

Susu Zhao (COL ’19), another author of the August letter, does not feel like Georgetown has done enough to amend the issues listed in August, and is concerned that the university’s response to their original letter sets a precedent for how Georgetown will respond to the proposed Title IX regulations.

“I think we were aware that when we drafted the original Title IX letter that probably not all of our asks in that letter were going to be met completely and fully to our satisfaction,” Zhao said. “I’m not satisfied with how the university has responded to our demands in that letter, so I’m also feeling like we need to mobilize more students to pressure the university in this case.”

STAIV has grown since that initial letter. While five students approached the administration in August, the Nov. 16 letter has collected 297 signatures as of this story’s publication. GUSA President Juan Martinez (SFS ’20) and Vice President Kenna Chick (SFS ’20) were present at the letter delivery, and said that they support STAIV.

“For us, the issue of sexual assault on this campus has always been very, very important,” said Chick, who is also a member of STAIV. “We really wanted to be active in this process and be supportive of student activists.”

Reproductive rights group H*yas for Choice also showed support for STAIV. In an email to the Voice, board member Talia Parker (COL ’20) expressed concern about the impact of the new Title IX guidelines on survivors of sexual assault, and indicated that H*yas for Choice also wants action from Georgetown.

“We recognize the major intersection between reproductive justice and interpersonal violence, and H*yas for Choice will continue to stand with STAIV as they work against these atrocious new rules,” Parker wrote. “We are eager to see the university take action against these new rules, and encourage other universities to do the same.”

While multiple groups across campus are concerned about the impact of the possible changes, STAIV organizers are considering the bigger picture.

“I think great steps for the university to initially take would be to complete all four of our asks as we outlined in that letter, but that’s not the end all be all,” Zhao said. “There’s a larger culture and pattern of violence that manifests on this campus and every campus and the greater country and the world, so that’s a long-term goal.”

Jack Townsend and Inès de Miranda contributed to this report