Welcome back to The Meme Files! In this series, Halftime staffers pick memes to cover, exploring their background and appeal. In this edition, we look to honor the incredible legacy of the late Stephen Hillenburg, creator of Spongebob Squarepants.

Spongebob Squarepants is, to put it lightly, one of the most influential children’s shows on television. Here are some of our contributors’ favorite memes to originate from the show:

Blurry Mr. Krabs is undoubtedly one of 2018’s top memes, hitting the Internet almost two decades after this scene was aired on television for the first time in “Patty Hype” (2001). In the episode, Spongebob makes a business pitch for Pretty Patties, a collection of beautiful, different colored Krabby Patties, which Mr. Krabs dismisses as a stupid idea. When Spongebob begins to sell his idea for a profit, over 46,000 fish line up outside of his house, prompting this confused and uncertain look from one flabbergasted Mr. Krabs.

The meaning is relatable to anyone who has ever felt like they have no idea what is going on or have finally discovered something that is so mind-boggling that it shakes their world. It’s pretty safe to say that most of us have felt that way at some point which is why the meme has gained so much attention online. It’s hard to limit the endless streams of hilarious posts that this meme has inspired, including: “When you turn in an exam and your classmates start talking and none of your answers match;” “When ur mom leave u in the grocery store line saying brb and you at the front and she ain’t back yet;” “When the interviewer says, ‘Besides money, why do you want to work here?’” Blurry Mr. Krabs truly captures the sense of disoriented confusion we all feel in rattling situations. This icon is from the episode “Blackened Sponge” (2007), in which Spongebob accidentally gives himself a black eye after a difficult attempt to open his toothpaste bottle in a post-nightmare haste. He wears these glasses to try to hide his black eye, but when he takes them off, he tells everyone that he got it in a fight with Jack M. Crazyfish rather than explaining the embarrassing truth.

Despite the fact that these sunglasses make Spongebob look like a sassy boss, they are really meant help him go incognito—a plan that is obviously a failure from the start since they are so dramatic and ostentatious. The meme is meant to poke fun at trying to hide something embarrassing about yourself, inspiring captions like, “when I’m taking selfies in my room and my mom calls me out,” and, “when you come home high af tryna sneak into your room.” This hilarious and underrated joke plays on the ultimate attempt to act natural by calling more attention to anything that may be out of place. 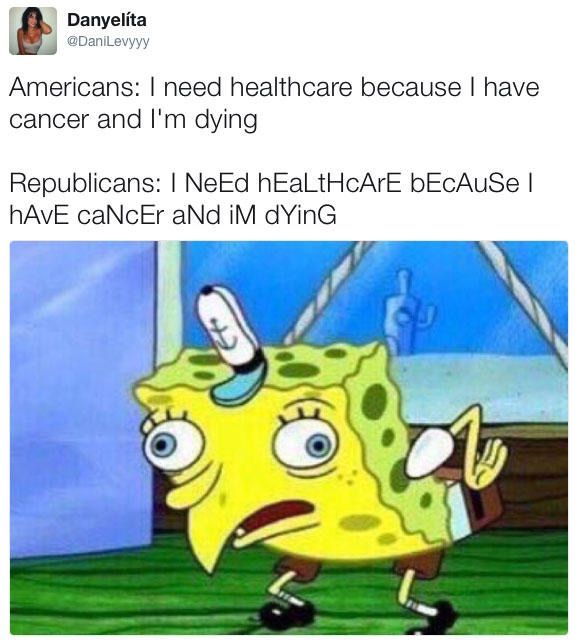 The “Mocking Spongebob” meme, also known as “Spongemock,” which started to take off in late 2017, began to dominate the internet for the first few months of 2018. I knew that the meme had reached top-tier memedom when I saw it featured on numerous signs at protests in DC, including the March for Our Lives. It was this oddly beautiful clash of this generation’s internet culture and political activism that proved how deeply Spongebob has ingrained himself into our collective conscience.

Every morning, I watch this video, and every afternoon, I watch this video. At night, [SpongeBob looks up sadly, a tear running down his face] when I lie awake in agony, this video puts me to sleep. As you can well imagine, my internet bills are extremely high, but luckily, I am able to keep myself alive by selling…memes. 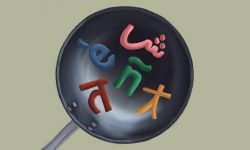 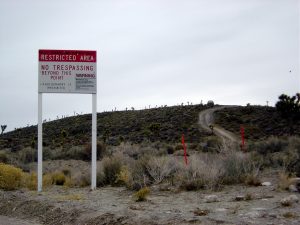