Dajour: I’ve never seen a Men in Black film in its entirety, which is something I hope to change in the future—just not starting with this film. It didn’t look like absolute trash to me, but something about it just seemed… rehashed. I got a been there, done that kind of vibe. I’m not against reboots, remakes, and all that jazz on principal. They’re cash grabs, sure, but every film that isn’t an indie film is about making money. If you give me a good film (reboot or not), I’m happy. This movie just doesn’t look that good. Not terrible, but not good. Tessa Thompson is amazing though, I absolutely love her. And I know Chris Hemsworth has some comedic chops. But, this just doesn’t appeal to me. I’ll probably skip it!

Luis: Full disclosure, I have never watched an entire Men in Black film. While I have seen bits and pieces,enjoying most of what I watched,I am far from a fan of the franchise. That said, this trailer looks quite fun. Yes, the dialogue sounds cheesy and the special effects could use a hand, but the  likable and talented cast, particularly Tessa Thompson and Chris Hemsworth, could make up for these faults. Thompson has had a great couple of years, becoming one of the most exciting actresses working today. Thor himself (aka Chris Hemsworth) has proven to be a deft comedic performer as well, and this movie suggests no different. Both actors have a nice chemistry and play well off each other throughout the trailer, making for a believable pairing. Whether they become each other’s romantic interests in the film, which I hope they do not, remains to be seen; their blossoming buddy-cop friendship does offer a promising prospect. Likewise, when you get legends like Liam Neeson and Emma Thompson to be part of your film you are assured to at least watch something worth the price of admission. Let’s just hope the other elements of the film live up to these standards as well.

Nicole: Am I already salty about this because it doesn’t star Will Smith? Yes. But does that detract from the fact that this movie looks absolutely terrible? No. Don’t get me wrong – I love the Men in Black franchise. Anything with aliens in it already gets a tick from me. Yet, this reboot is just tired and unoriginal looking. The jokes are uninspiring. Hemsworth is the furthest thing from charming;Thor is probably best to remain in the Marvel universe. Tessa Thompson plays Agent M, who looks like the only interesting character in the film. The trailer itself was poor – I know nothing about the plot except that it is, for some reason, set in London. I bet money that this is going to flop. I’m usually not anti-remake, but this never should have left the production table.

Under the Eiffel Tower: https://www.youtube.com/watch?v=keCAvTCluFQ

Dajour: This trailer did nothing for me. To be fair, it might not be the film’s fault entirely. I usually am not into romantic comedies. It looks fairly competent as a movie. Certainly has that romantic comedy charm and slightly corny humor. The main character seems fairly pathetic which actually works in the film’s favor because at least it isn’t someone who is faking being  a perfect guy. It’s totally believable that he wouldn’t have a significant other at this point in his life. But, truly I don’t have much to say about this film. I don’t think I’ll watch this. That is all.

Luis: Prior to this I had no idea what Under the Eiffel Tower was about. I had no clue about its cast or about its story, making the short experience of watching its trailer a rather pleasant surprise. Reuniting three actors from the acclaimed HBO comedy series Veep (2012-current), Matt Walsh, Reid Scott, and Gary Cole (four if you count Michaela Watkins’ guest appearance in season four), this movie looks like it could easily be a hit. The talent is there, as is the city of love (Paris) and the beautiful French countryside. Add a slightly unusual twist on the generic romantic comedy plot, some witty banter, and plenty of genuine heart and you have yourself a recipe for success! The trailer gives out only enough plot details so as to leave space for surprises, and though some aspects of the film do seem a bit contrived and clichéd (do we really need a plot involving the protagonist wanting to secretly buy his love interest’s vineyard? Is there going to be a love triangle?), the preview was unpredictable enough to suggest the movie will follow suit. Lets just hope it does.

As gleaned from the upper paragraph, Under the Eiffel Tower (2019) looks fairly predictable. Despite this, I am still surprisingly charmed. The film is fit with a star-studded cast, and set in the beautiful South of France. The setting and talent lends the film to immediate interest. It is hard to balance cynicism and hopeless romanticism, but I think my soppy side might have to win out this time. Yeah, I’ll probably see this in the cinema. Yeah, I’ll probably cry. I’m ready.

Dajour: Alright, his film looks fine. It looks like a heart-warming tale of friendship and humanity and all that sweet stuff. Regardless, I won’t be seeing this movie. One, just because it generally never interested me. Two, because Kevin Hart has been making an absolute fool out of himself with all of these non-apologies he’s been giving for his past homophobic tweets. I can’t watch a full film with him in it and not think about how annoying he has been in the past few weeks. I also just generally would’ve liked to see a disabled actor play Bryan Cranston’s character. It was wonderful seeing a movie like A Quiet Place (2018) hire a deaf actress to play the role of a deaf woman and, while I love Cranston, I just think it would’ve been so nice to have an actual disabled actor in this role.

Luis: I have never been a fan of Kevin Hart since he always seems to be playing some variation of the same annoying comedic sidekick. Hence, when I heard that he was going to star in the American remake of the brilliant French 2011 dramedy Intouchables, I was less than excited. Bryan Cranston looked like an inspired choice to play the billionaire and Nicole Kidman was more than qualified to play his personal assistant. Yet, I kept thinking that Hart had been miscast. Someone like Mahershala Ali, Michael B. Jordan or even Donald Glover seemed like more appropriate choices to make justice to Omar Sy’s César winning performance of the French version. However, after watching the trailer for The Upside (2019), I am willing to admit I may have been overly critical of Hart. The comedy as expected is there, but from this brief snippet it seems that he has done a good job in the drama department as well. The movie does seem to follow the same beats as the original and director Neil Burger seems to have done little in order to update the story. Still, if this film is as effective and heartwarming as the first one, it might well end up being a success.

Nicole: Oh my god, this is my weakness. It doesn’t get better than Bryan Cranston, Kevin Hart, and Nicole Kidman in an inspirational movie about the strength of humanity, and the power of love and friendship between the unlikeliest of people. I already got goosebumps during the scene where Hart breaks various objects in the room on Cranston’s behalf. The casting is perfect. The comedy is at times nuanced, other times laugh-out-loud funny. Kidman’s performance is brilliant from the few seconds I got of her alone. I doubt The Upside (2019) will sweep any awards, but it will win over my heart. It already has. 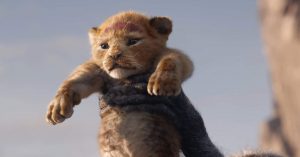